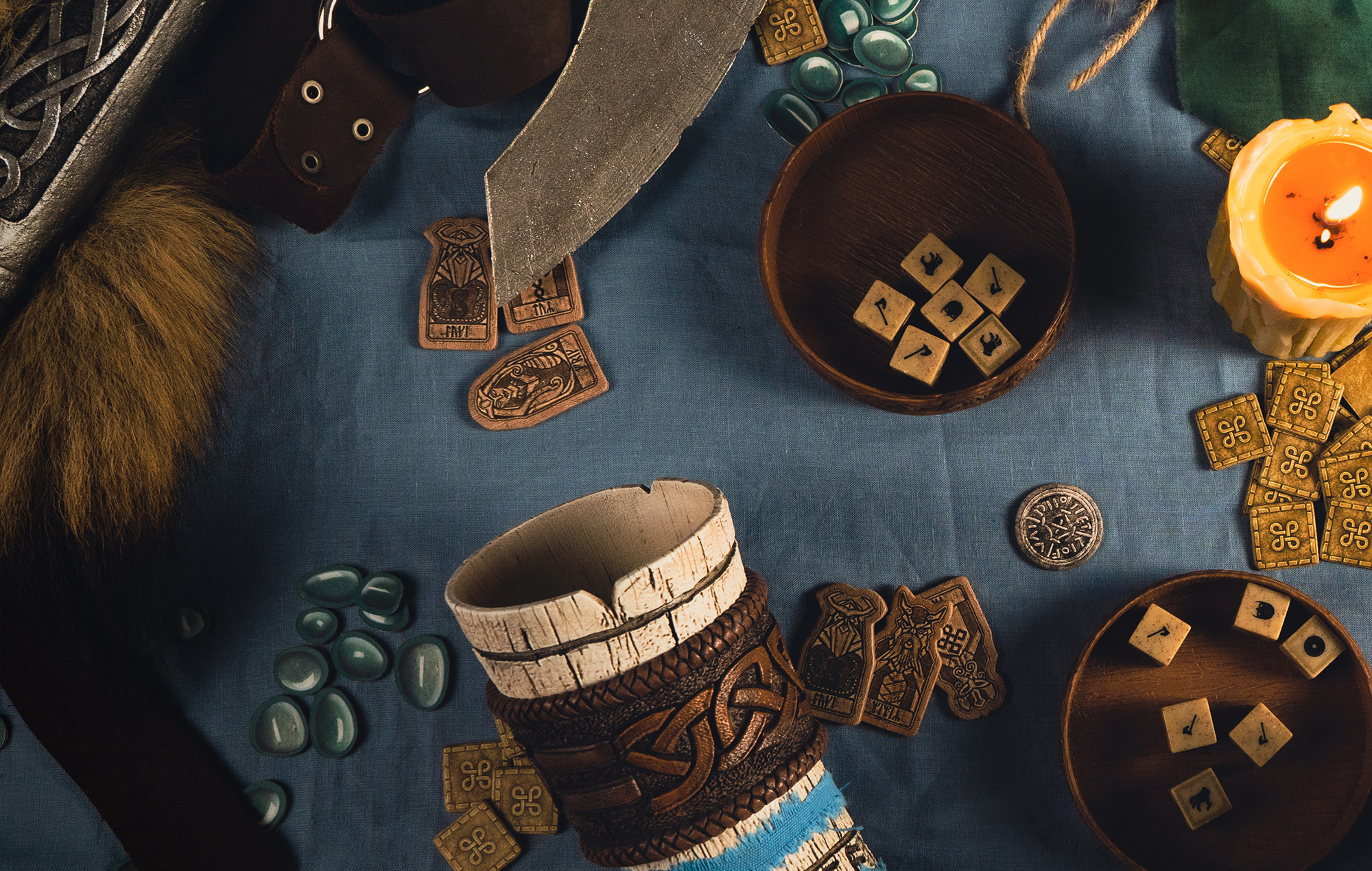 Ubisoft has released an official Orlog dice game that can be backed through Kickstarter.

The game of Orlog is featured in Assassin’s Creed Valhalla, where the player meets numerous people ready for an exciting game of dice. Now that game is getting a real-world recreation and PureArts, with licensing from Ubisoft, are funding it through Kickstarter.

The project went live yesterday, July 13 and hit 100 per cent funded in 35 minutes. That instantly surpassed the goal of £43,402 and has been dwarfed by the current pledged total of £221,199 just 22 hours later. The Kickstarter campaign is set to end on July 27 at 6 pm BST. Copies are expected to ship in December.

Those who back the project at the lowest tier will spend £29 (or £23 in the early-bird window) to receive the Orlog Dice game. This includes two wooden dice bowls, 32 carboard tokens for health counters, 50 tokens, two sets of 20 God favour cards, two acrylic dice sets, and a game coin.

Take the first step in transporting your favourite tavern game from your screen to your table and #Pledge here: https://t.co/vAQdhIwHpW pic.twitter.com/yr9wPpwjqT

A Tavern Edition costs £145 and comes with a linen game mat and an Assassin’s Creed Valhalla Horn Replica with a wooden base.

All versions include the extras added by the stretch goals. So far, these have unlocked polished stone health counters, the metal game coin, and two linen pouches for the stone health counters. A further reward of glow in the dark dice has been unlocked, but purchasers will have the option of trading this for the original bone-coloured dice if they prefer. The only announced stretch goal yet to be reached will unlock the Orlog champion coin and tournament bracket cards. These will be unlocked at the 400k Canadian dollar mark, which is £231k and will be likely be achieved shortly.