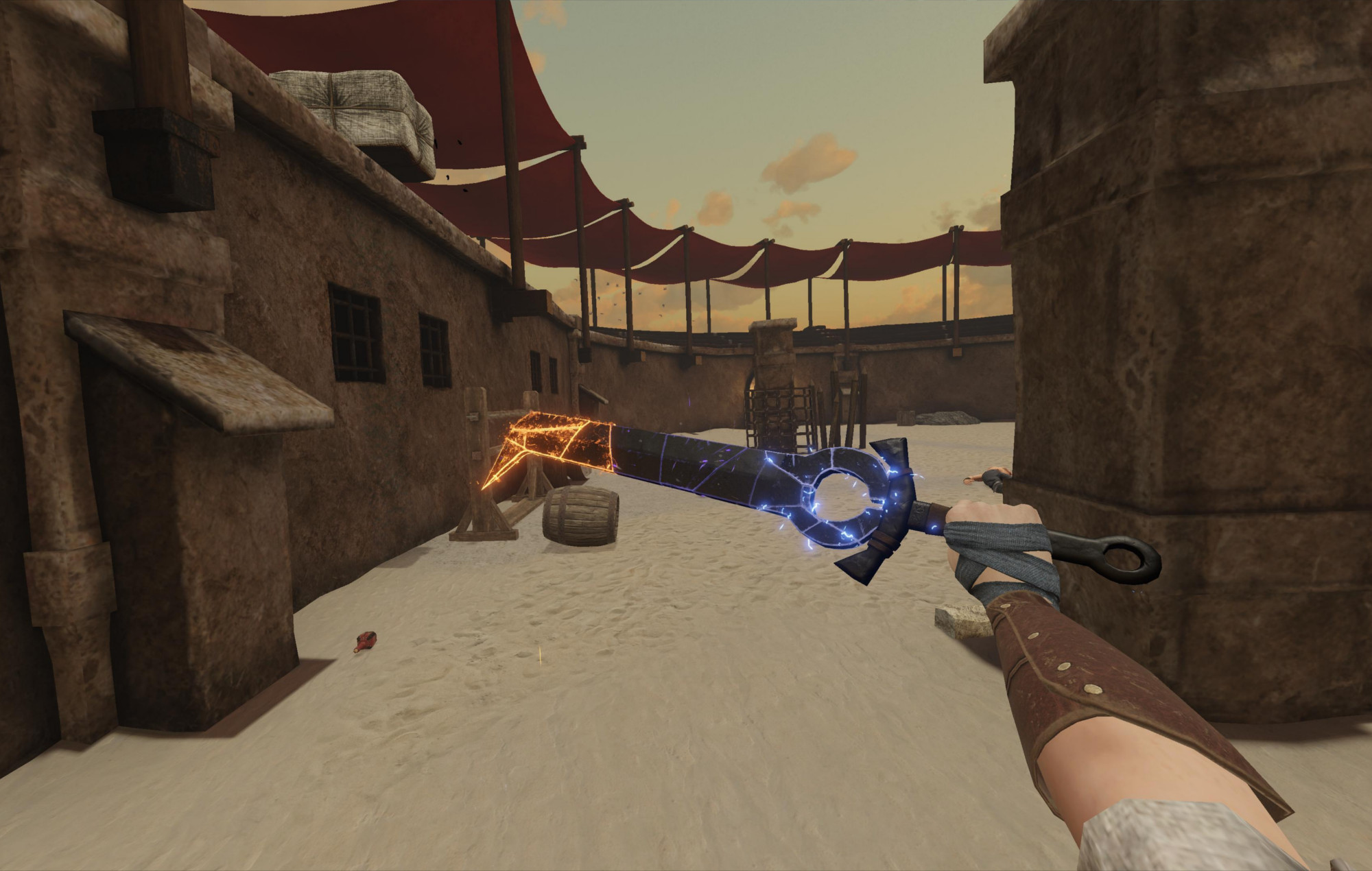 Modder Lyneca has created a sword for WarpFrog’s VR game Blade and Sorcery which can take on many different forms.

The Shatterblade mod is available on Nexus Mods and adds a unique sword to hack-and-slash VR game Blade and Sorcery.

According to the Nexus Mods page, the Shatterblade is a sword composed of 15 separate blades that can form many modes.

In action, these shards can come together to form a wicked looking blade that looks like a stylised but traditional sword. However, each of these shards can be grabbed individually from the blade and used as a dagger. The shard will then reform into the blade when not released.

The shards can separate while retaining a sword’s basic shape, allowing for a longer one-handed weapon for reaching foes who might otherwise be quite safe.

At the tip of the blade is a unique shard. The shard can be infused with magic like all weapons in the game and has the same effects as any other sword infused with fire (fire damage).

The magic comes from when the infused shard is grabbed. At this point the shards become a gauntlet around the player’s hand, and this new magically charged gauntlet has different effects based on the magic it is charged with.

If elemental magic is not your style, then players can fire the shards from the gauntlet in a hail of shrapnel.

The post ‘Blade and Sorcery’ mod adds the coolest sword ever appeared first on Askhiphop.