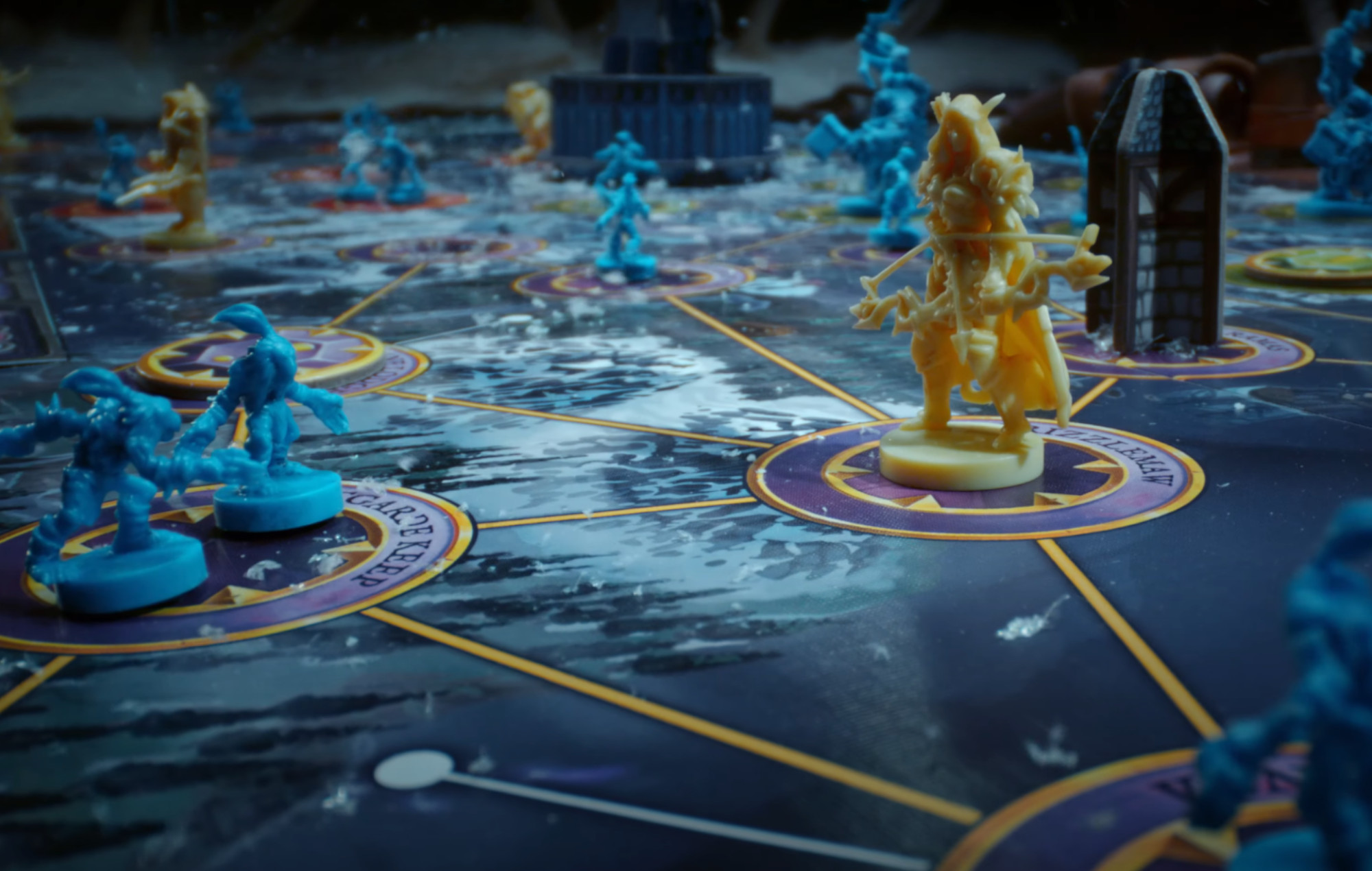 Activision Blizzard has released a World Of Warcraft: The Wrath Of The Lich King board game that uses the Pandemic system.

Blizzard has partnered with Z-Man Games to release World of Warcraft: Wrath of the Lich King – A Pandemic System Board Game. The game is available to order from the Blizzard Gear Shop and costs £60. The UK store expects to ship the game on or before November 1.

The board game will use the Pandemic system, a style of coop that pits players against the game using mechanics familiar to anyone who has played Pandemic.

The game features an extra-large game board that includes forts, temples, battlegrounds, and other iconic locations from Azeroth. Also included are sculpted plastic models of important characters from the expansions lore; these include Thrall, Varian Wrynn, and Sylvanas Windrunner.

The game adjusts the Pandemic system to better suit World Of Warcraft as a setting. One way it does this is with the introduction of Quests. This new mechanic will require players to take on foes, destroy evil relics, and more.

Director of brand management Justin Kemppainen said in a press release that “There’s no greater threat to Azeroth than the Scourge. The game really illustrates that by mixing the thrilling co-operative gameplay Pandemic fans know and love with World of Warcraft. We’re confident new and existing players of both franchises will love it!”

World of Warcraft: Wrath of the Lich King is for one to five players and contains seven heroes, one lich king, three abominations, 36 ghouls, one Icecrown citadel, three strongholds, and over 100 cards. The store page also states that there is more included.

Recently the World of Warcraft race for world first in the mythic Sanctum Of Domination raid came to an end, with clan Echo claiming the victory.

The post Blizzard release ‘Wrath Of The Litch King’ board game appeared first on Askhiphop.