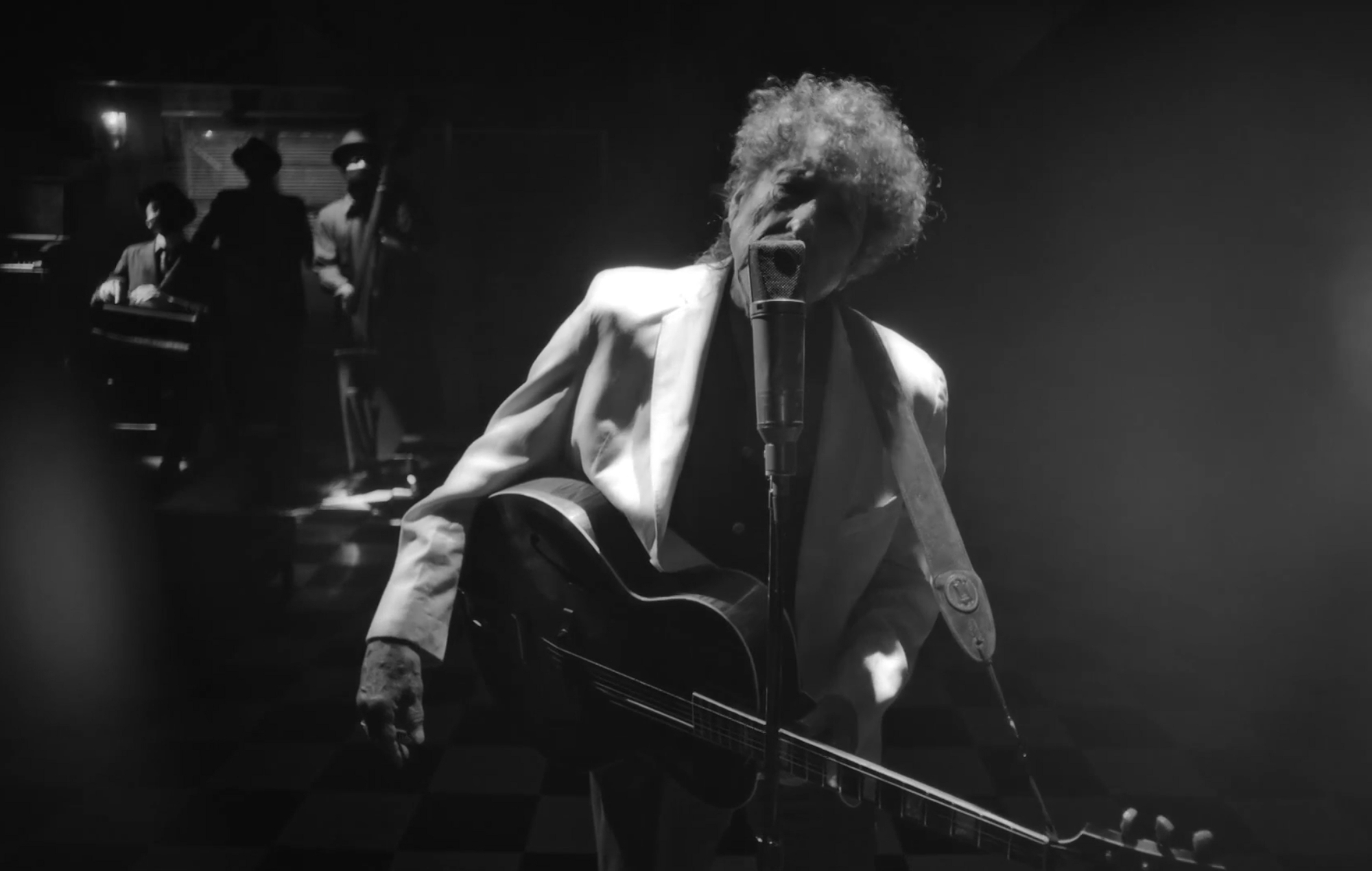 When Bob Dylan’s Shadow Kingdom livestream concert was first announced, it came as something of a surprise. The whole music industry might be on board with the switch to online gigs, but Dylan? An artist who notoriously does whatever he likes, whether that’s in step with current trends or not? The man initially didn’t even want to go and pick up his Nobel Prize and then turned up in a hoodie, so little is his will to do what others expect of him.

Perhaps that is exactly why he has embarked on this livestream – when you think he’ll zig, he zags. And, again, this isn’t the kind of virtual experience we’ve come to expect over the last 16 months. There’s no flashy technology and it’s not even live, but pre-recorded on a soundstage over several days. Instead of beaming us into the future, Shadow Kingdom takes into the smoky recesses of the past – both in its setting (it begins in a black-and-white club in a wooden hut before moving to other locations) and in the setlist, which draws from mostly deep-cuts from his ‘60s and ‘70s releases (and a stray ‘80s release in ‘What Was It You Wanted’).

The hits are few and far between but when they do arrive, they do so in a new form. ‘Tombstone Blues’ no longer rattles and rolls, but is slowed down and loaded with noirish drama. ‘Forever Young’ is quieter and calmer, but still just as moving. It benefits, too, from Dylan’s backing “band”, who look to be mostly miming at playing their instruments – and doing so badly – being tucked back in a shadowy corner while he takes the spotlight. Closing track ‘It’s All Over Now, Baby Blue’, meanwhile, now comes backed with strings and a melancholy but sophisticated air.

Shadow Kingdom might have its disappointments, but not in the likes of ‘The Wicked Messenger’ and ‘Pledging My Time’. Neither has featured in the musician’s sets for decades and this rare treat to hear them performed live, albeit a little less sprightly than when they were played last, is thrilling. For Dylan diehards and those curious about the less popular layers of his early back catalogue, they represent a chance to dig deeper into a master’s work. When Dylan’s ‘Never Ending’ tour gets back on the road post-pandemic, we can only hope he throws in these tracks – with the aid of musicians who don’t have to mime.

‘When I Paint My Masterpiece’
‘Most Likely You Go Your Way And I’ll Go Mine’
‘Queen Jane Approximately’
‘I’ll Be Your Baby Tonight’
‘Just Like Tom Thumb’s Blues’
‘Tombstone Blues’
‘To Be Alone With You’
‘What Was It You Wanted’
‘Forever Young’
‘Pledging My Time’
‘The Wicked Messenger’
‘Watching The River Flow’
‘It’s All Over Now, Baby Blue’

The post Bob Dylan live in Santa Monica: a strange but satisfying first virtual step from a true master appeared first on Askhiphop.