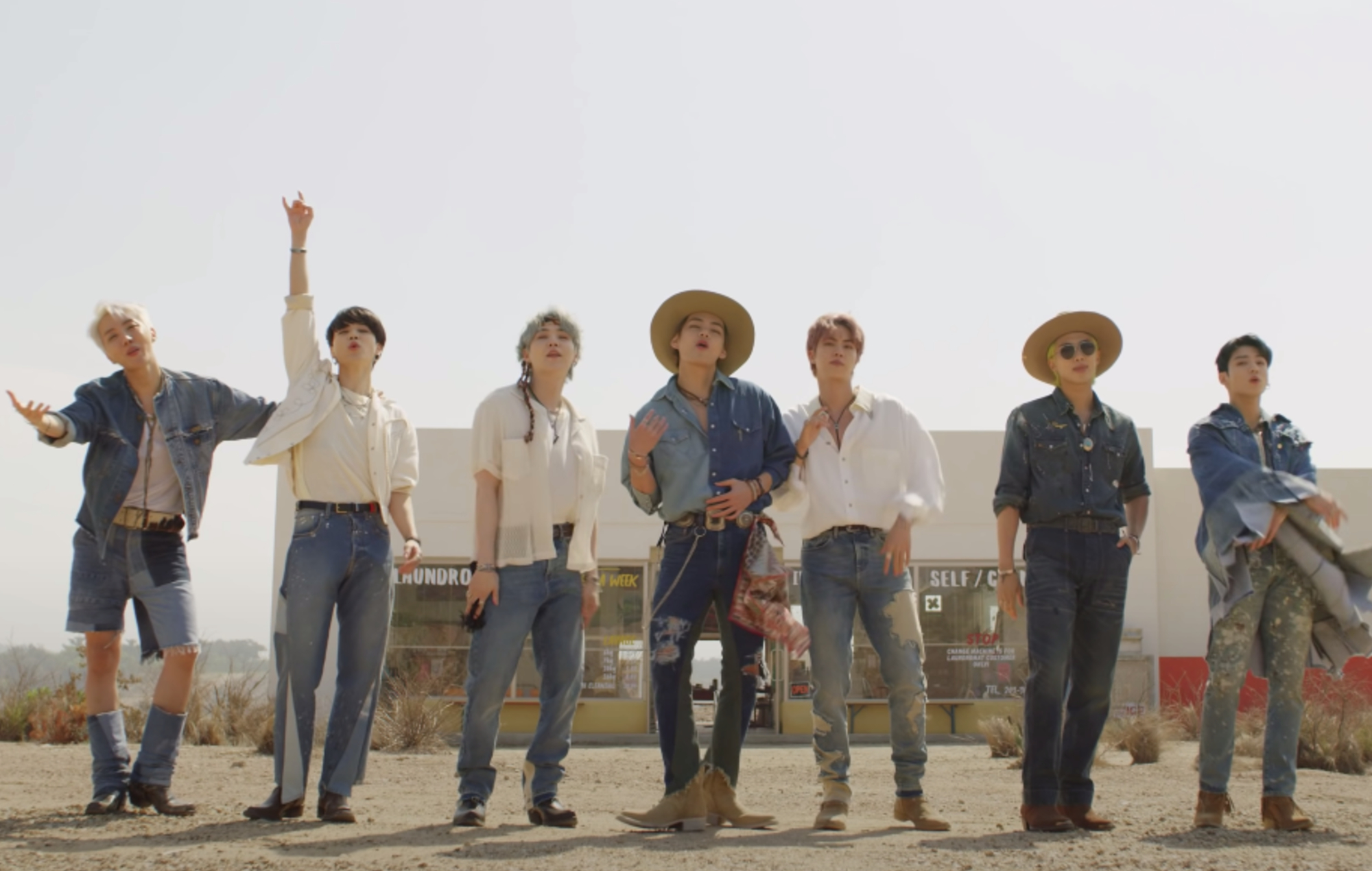 K-pop juggernauts BTS have shared a teaser for their upcoming music video for ‘Permission To Dance’.

HYBE, the South Korean boyband’s agency, released the clip at midnight KST earlier today (July 7). The teaser features the group dancing and having fun outside of a laundromat in the desert, alongside a short snippet of the forthcoming track.

“We don’t need permission to dance,” the boyband sing over what seems to be a disco-inspired sound. HYBE previously described ‘Permission To Dance’ as a song “that will make your heart beat to the rhythm of BTS’s positive energy” on the group’s official Weverse page.

‘Permission To Dance’ was written by Ed Sheeran alongside Steve Mac, Snow Patrol member and Sheeran collaborator Johnny McDaid and Jenna Andrews. The song was produced by Mac, Andrews and Stephen Kirk.

The song will be released this Friday (July 9) and will also be featured on the CD version of the group’s recent chart-topping single ‘Butter’. The upcoming ‘Butter’ CD will also be the group’s first physical music release since last November’s ‘Be’, which was their fifth Korean-language full length album.

In other news, the boyband also recently became the K-pop act with the most Top 10 hits in the UK. ‘Butter’, which made its debut on the UK Official Singles Chart at number three, is the group’s third Top 10 song on the chart, breaking the two-song record held by PSY since 2013.