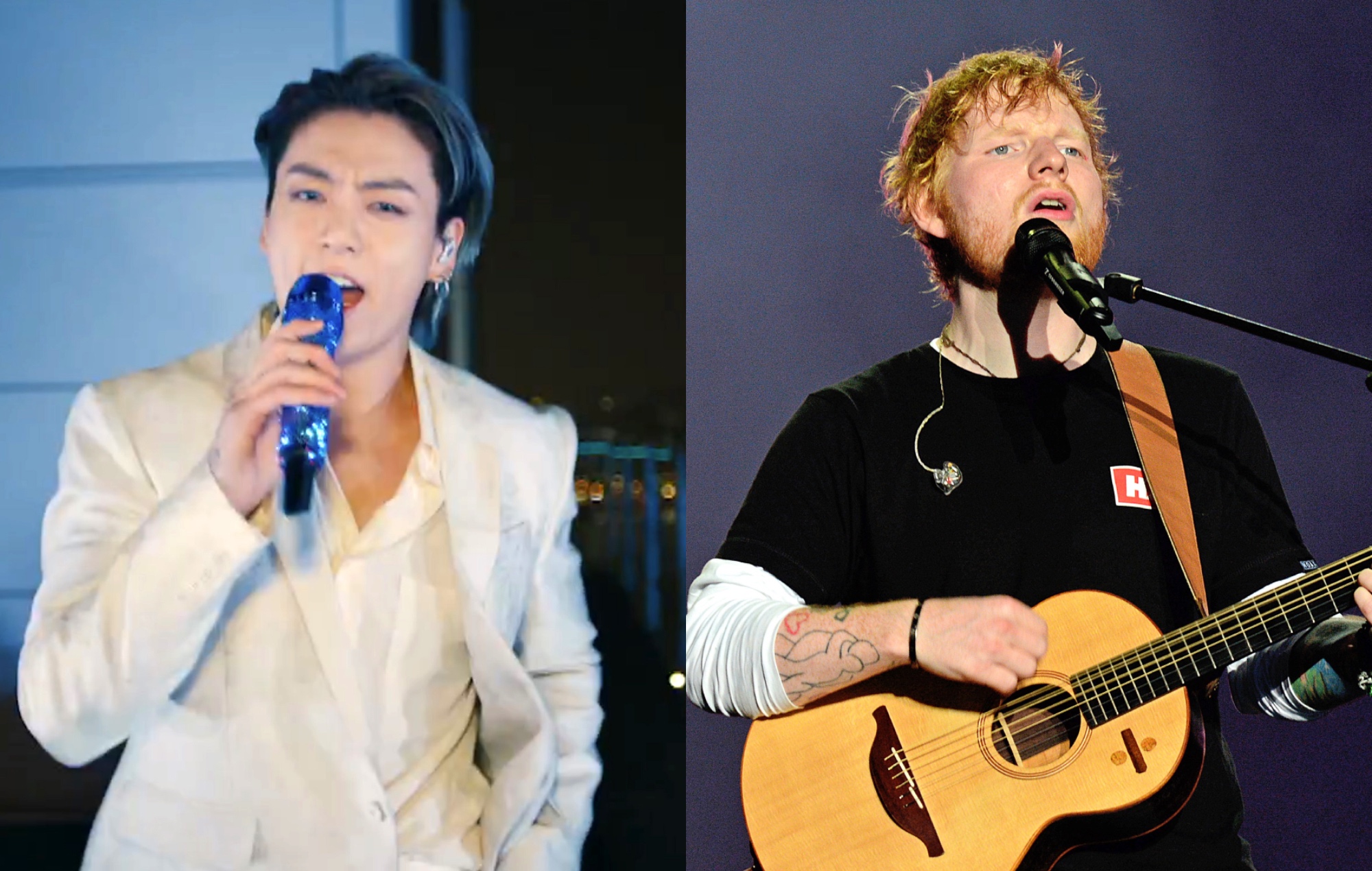 BTS‘ new collaboration with Ed Sheeran is set to arrive later this month, it has been confirmed.

Sheeran revealed last week that he had written a new song for the K-Pop group, having earned a credit on their 2019 single ‘Make It Right’ (from ‘Map Of The Soul: Persona’). He described the seven-piece as “super, super cool guys”.

Today (July 1), BTS management company Big Hit Music announced on Twitter that the track is called ‘Permission To Dance’ and will feature on a CD version of the group’s recent single ‘Butter’.

A colourful animated video reveals the tracklist, which also includes instrumental versions of both the aforementioned songs. Big Hit then shared the official CD single cover for ‘Butter’ – see the posts below.

‘Permission To Dance’ was written by Sheeran alongside Steve Mac, Johnny McDaid (Sheeran’s collaborator and member of Snow Patrol) and Jenna Andrews. It was produced by Mac, Andrews and Stephen Kirk.

Sheeran previously said that the team-up would appear on BTS’ next record, which is also rumoured to arrive this month.

Announcing the upcoming ‘Butter’ CD in June, Big Hit Music said that the then-unknown second track “will make your heart beat to the rhythm of BTS’s positive energy”. The physical release coincides with the eighth “birthday” of the ARMYs, BTS’ official fanbase.

According to preview images, the CD will be available in two styles: an orange “peaches” version, and a yellow “cream” version.

Earlier this week, BTS’s ‘Butter’ topped the Billboard Top 100 chart for the fifth consecutive week – smashing the record previously held by Aerosmith’s 1998 hit ‘I Don’t Want To Miss A Thing’.