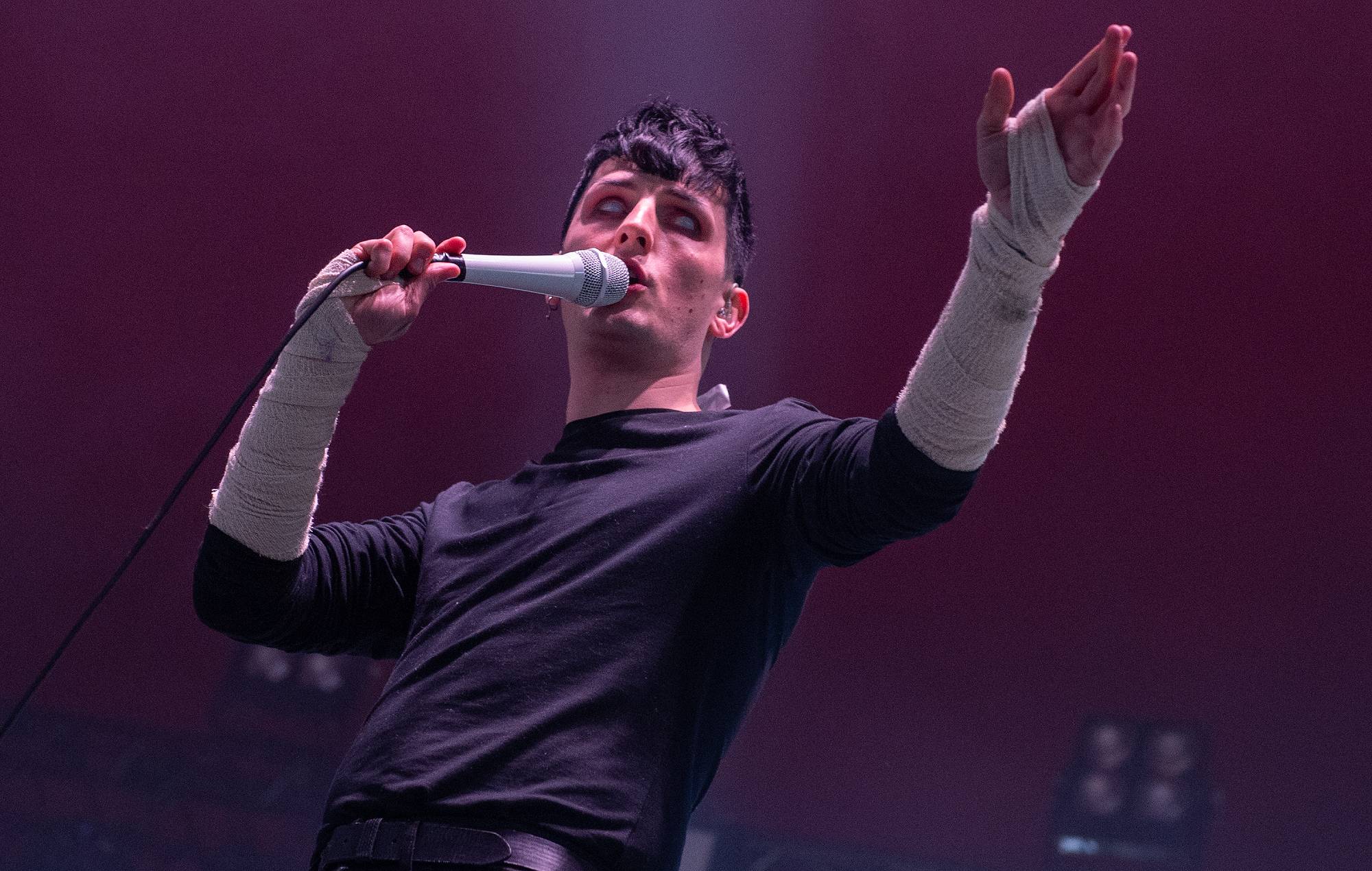 Creeper‘s Will Gould has revealed what to expect from their upcoming ‘American Noir’ EP, as well as discussing what became of material recorded with Blink-182‘s Travis Barker.

Released on July 30, ‘American Noir’ is more than a collection of off-cuts and B-sides. Backstage at the Download Pilot, Gould explained to Askhiphop how it wasn’t ever meant to exist until lockdown taught him “how important it was to serve the fans”.

“A lot of the people that come and see us feel very lost at home, feel alone, and feel like they’re drifting a lot of the time,” said Gould. “We’ve built this community that is a safe place for you to go. We’re very protective of that.”

The band then set about recording interludes, poetry and even a string section because “this unique batch of songs has become something very special. It’s not been cobbled together; it’s been lovingly crafted. Creeper don’t half-ass anything.”

The track ‘Ghosts Over Calvary’ is sung by keyboardist Hannah Hermione –  which suits Gould just fine. “I never wanted to be a frontman, I just wanted to be a writer,” he explained. Elsewhere ‘One of Us’ is strikingly different and apparently “a very out of the box thing” while ‘America At Night’ is heads down a brooding and more dramatic path.

Lavish and tragic lead single ‘Midnight’ is perhaps the most direct rock song Creeper have ever released and, according to Gould, it’s also their most well-received. “If you want something super serious, we’re just not the band for you,” he told Askhiphop. “If you want to escape somewhere, where the world is ending and you just want to make out, that’s what we do”.

Seeing the band really lean into classic rock influences, ‘Midnight’ is “an emo version of Meat Loaf and Bruce Springsteen,” said Gould. “We’ve always wanted to be a rock’n’roll band but it’s important we make it modern“.

He continued: “We choose these songs on purpose to throw people off and, as we did with the last record, condition people to be ready for what comes next, whenever it comes.”

On future plans for Creeper, he said that they’re “always working and there’s some exciting things happening” but wouldn’t give anything else away. “This is our last record,” he added with a smirk.

Before last year’s ‘Sex, Death & The Infinite Void’ was released, a picture circulated online of Gould and guitarist Ian Miles in the studio with Blink-182 drummer. Travis Barker. Will we ever get to hear the results of those sessions? Gould is unsure though he does confirm they recorded multiple tracks.

“We got on really well with Travis and John Feldmann, but unfortunately it wasn’t the direction we wanted to go,” he said. “‘Sex, Death & The Infinite Void’ was so well received but it was a polarising record. I want to make polarising things. I’m not saying what we did with John and Travis wasn’t polarising – but it wasn’t right for us at that point.”

While Feldmann regularly messages Gould and is still very fond of what they made together, if those songs were ever to be released they would need re-worked lyrics. “We were dealing with a lot of trauma at the time and I wasn’t in the best headspace to write lyrics. I feel like we did them a disservice,” said Gould.

During the same time frame, they also wrote with Blink-182’s Mark Hoppus and Good Charlotte. However once more, “it wasn’t right for this record. I’d love to get back in the studio with those people though because they’re so talented”.

Headlining the second stage of the Download Pilot last month was the first show Creeper played following the release of ‘Sex, Death & The Infinite Void’, with Gould claiming that they “always wanted to be the sort of band that a festival would gamble on to give us an opportunity like this.”

With fireworks, specially recorded interludes and a runaway bride, the band lost money putting on the show “but we wanted to give people something worthwhile. I hope people see we’ve given a fuck and haven’t just turned up, played, then fucked off. We really considered it”.

The “ridiculously stupid show” is a taster of what to expect from their November headline tour. Despite it being their first show back in over a year as well as the first real shot Creeper have been given at a headline slot, Gould didn’t feel like he had anything to prove. “Quite the opposite,” he said.

“We’ve been very vocal about not giving a fuck about what anyone thinks. We’re not here to try and impress people, we’re just here to give them the best possible Creeper show.”

The post Creeper talk ‘American Noir’: “If you want something super serious, we’re just not the band for you” appeared first on Askhiphop.