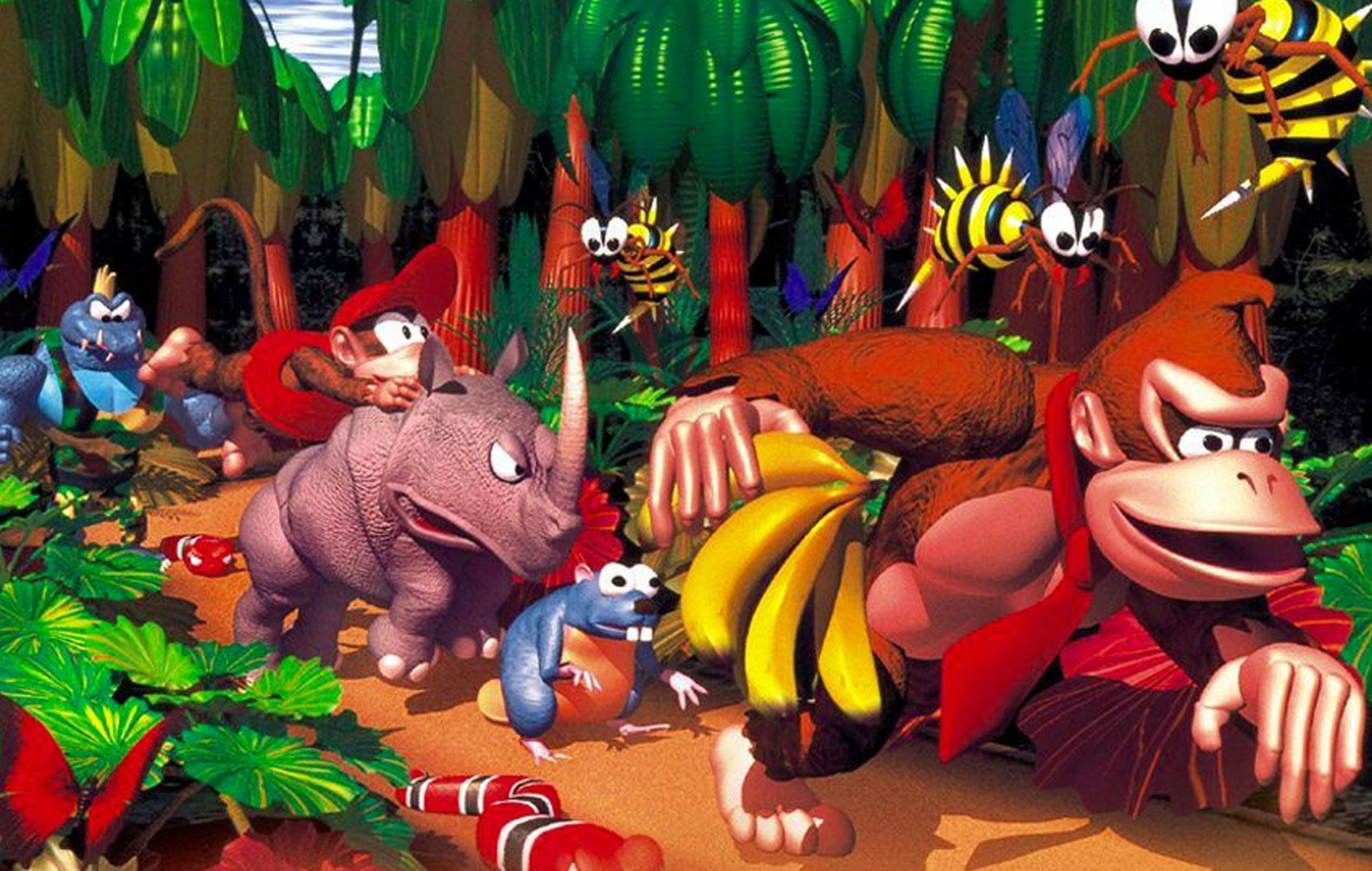 Grant Kirkhope, a video game composer who worked at Rare during the Nintendo 64-era and beyond, tweeted: “Happy 40th birthday to Donkey Kong, it’s an honour to have played a little part in your history and I apologise for subjecting you to that bloody awful rap!! O-KAY!!”

Happy 40th birthday to Donkey Kong, it’s an honour to have played a little part in your history and I apologise for subjecting you to that bloody awful rap!! O-KAY!!

Kirkhope isn’t just responsible for the DK Rap however, as he scored a lot of Rare’s most famous games like Banjo-Kazooie, GoldenEye 007, Perfect Dark, and Donkey Kong 64.

Steve Mayles, a video game character creator/animator who worked on Donkey Kong Country, tweeted “Nostalgic for Kongs” alongside some original character art of Donkey and Diddy Kong on a minecart.

David Wise, another video game music composer involved in plenty of games from the series, said: “Happy 40th Birthday to Donkey Kong. It’s been amazing  to have been involved with the talented and creative development teams in bringing such a fun and charismatic video game giant to the SNES and Switch”.

Donkey Kong was the breakout game of Shigeru Miyamoto, who is currently a general manager at Nintendo and responsible for creating Mario, The Legend of Zelda, F-Zero, Star Fox and Pikmin.

Reliable Nintendo insider Zippo has also stated that Nintendo could be planning a massive Donkey Kong expansion in the near future. This could reportedly include the likes of a new game, animation series, and a theme park.

Zippo said: “I’ve been told by multiple people that Donkey Kong is the next franchise in line to follow Mario in Nintendo’s push for their game franchises to become multimedia juggernauts.”

According to NintendoLife, Nintendo might be putting together a core development team to create an entirely game. It is believed to be a platformer, with no knowledge as to whether it is 2D or 3D.

In other news, Xbox and Bethesda have donated to an animal shelter to honour River, the dog responsible for Fallout 4’s Dogmeat, as she recently passed away.