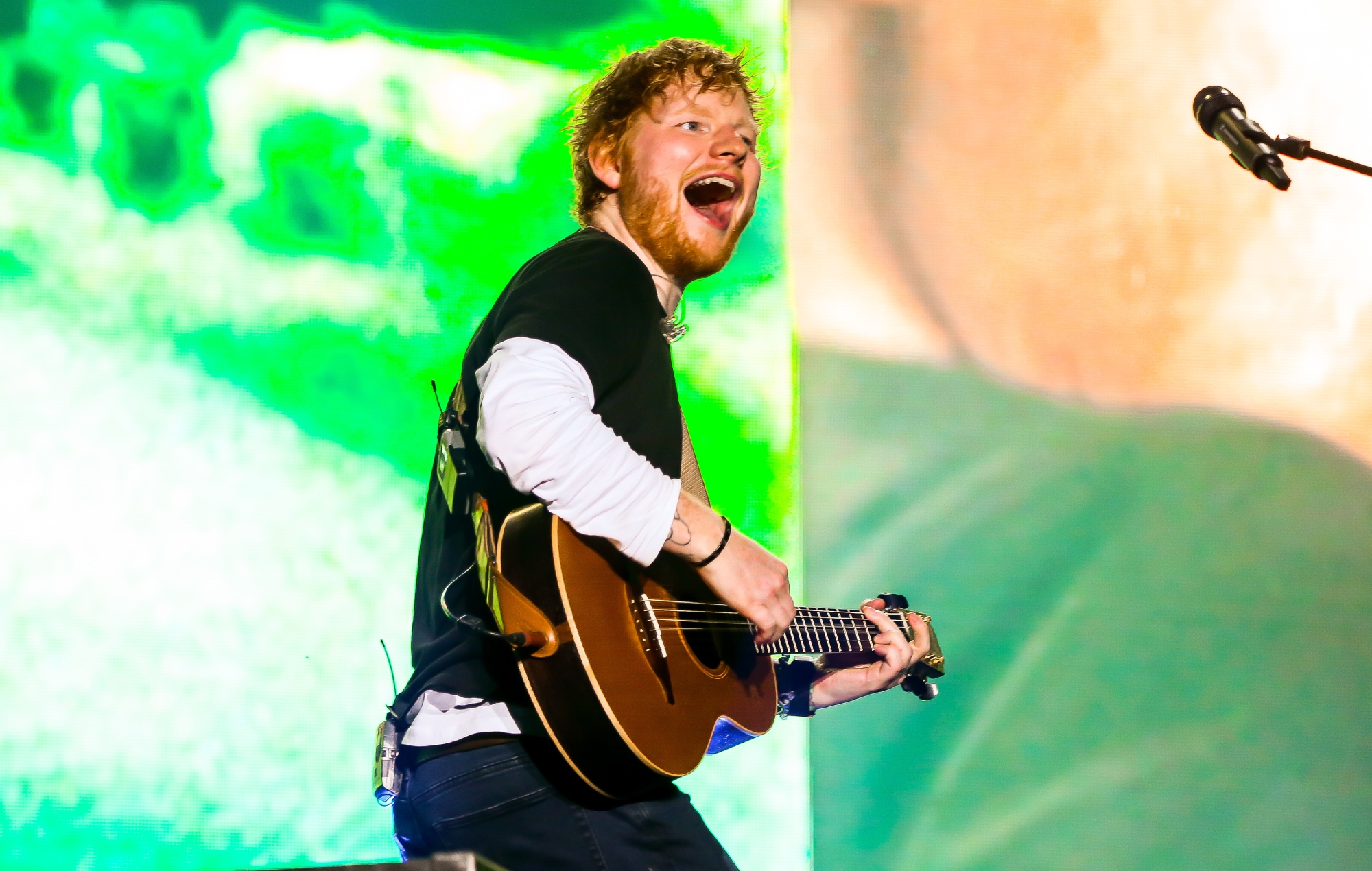 Ed Sheeran has spoken about performing for the England football team last month, saying it will be a hard moment to beat.

The star headed to the national team’s St George’s Park HQ to give them a private performance in June.

During an appearance on the BBC’s Crouchy’s Year-Late Euros, which was hosted by Peter Crouch, Sheeran said he had been invited along by England captain Harry Kane.

According to the singer, the team barbecue that he attended saw him perform his own songs and deliver a DJ set, before holding a sing-a-long with the players of The Lightning Seeds and Baddiel & Skinner’s 1996 classic ‘Three Lions’.

“At the end of the night, we’re in a circle, all hands around,” he said. “I mean for me, just as an English boy, being in the centre of the England team, it was really great.

“I’ve had amazing moments in my life, but I don’t think there’s many moments that will top that.” You can watch the programme in full on BBC iPlayer here.

Yesterday (July 3), England beat Ukraine four-nil in the quarter-finals. They will now face Denmark in the semi-finals on Wednesday (July 7). Italy and Spain will face off in the other semi-final match on Tuesday, while the final will be held at Wembley on July 11.

Sheeran was among the stars to react to England’s victory yesterday, sharing a video in which he told his followers: “Guys, I don’t know if you’ve heard the news: it’s coming home.”

Meanwhile, the singer-songwriter recently announced that he will sponsor the shirts of his boyhood club, Ipswich Town.

The post Ed Sheeran on performing for England football team: “I don’t think there’s many moments that will top that” appeared first on Askhiphop.