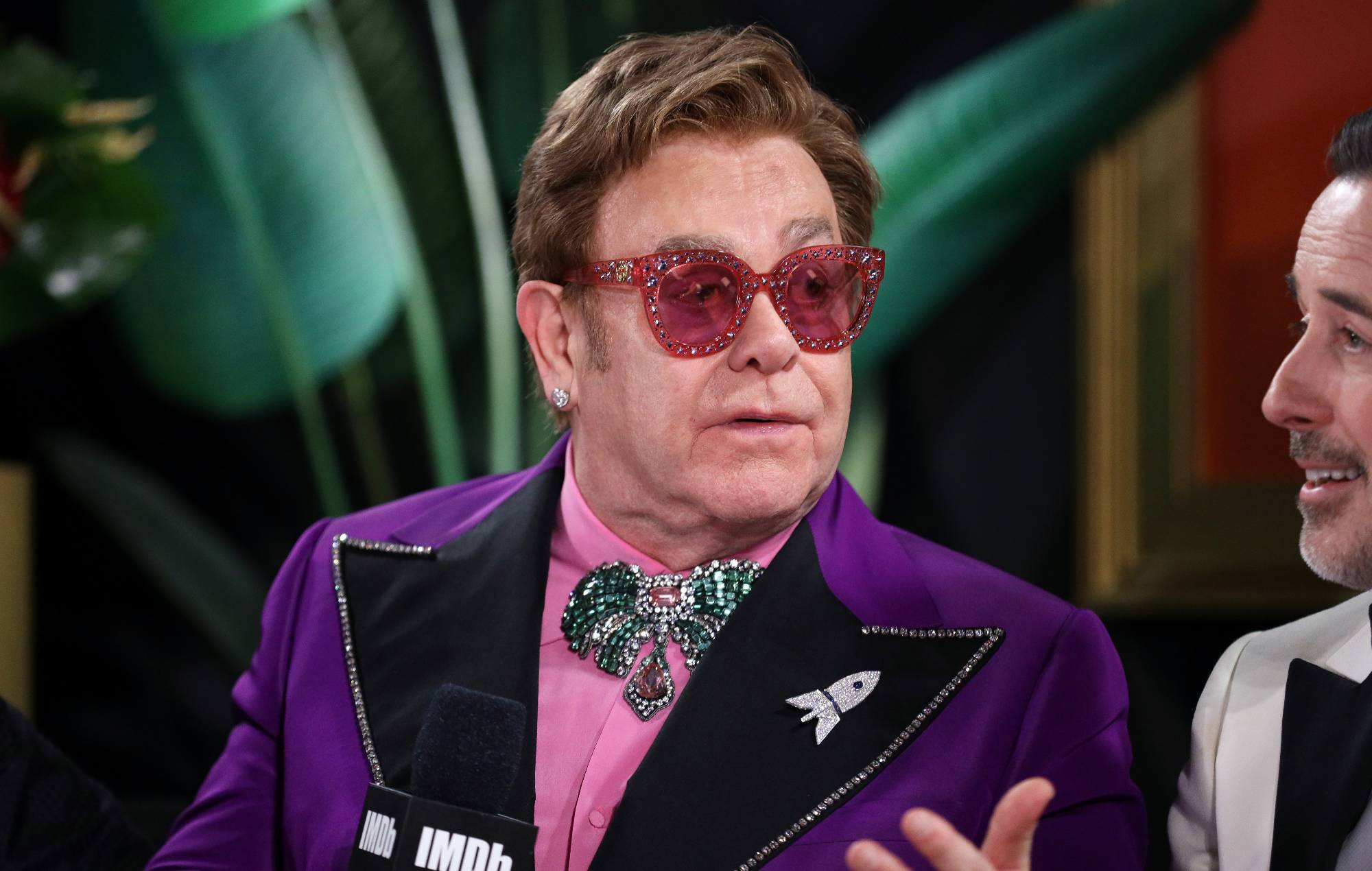 The legendary singer has been very vocal about the government jeopardising the future of touring for UK artists, after its Brexit deal with the EU failed to negotiate visa-free travel and Europe-wide work permits for musicians and crew.

He even called the government “philistines” and accused them of “crucifying” the careers of young artists.

Today (July 6), John and his husband David Furnish took part in a virtual meeting with Michael Barnier, the EU’s chief Brexit negotiator, and a number of others, to discuss free movement and visa-free arrangements for artists.

“Very happy to meet & discuss today with @eltonofficial, who despite #Brexit, is fighting for free movement and visa-free arrangements for artists,” Barnier tweeted, sharing a screenshot from the meeting. “Citizens, artists, students are the first to lose out from #Brexit. It didn’t have to be this way.”

John then shared Barnier’s tweet, writing: “David & I will continue to fight for all artists, especially those at the start of their career, who are losing out because of the gaping holes in the UK Government’s disastrous trade agreement with Europe.”

He concluded: “We need to act now to save the music industry and support future talent.”

David & I will continue to fight for all artists, especially those at the start of their career, who are losing out because of the gaping holes in the UK Government's disastrous trade agreement with Europe.

We need to act now to save the music industry and support future talent. https://t.co/DxHvDdTGqa

Recently, Welsh electro pioneer Kelly Lee Owens scrapped her entire European tour as a result of the coronavirus pandemic, Brexit and the “anxiety” they had created – warning Askhiphop that the current situation is “doing serious damage to individuals“.

This comes after last month saw a new poll show that the majority of UK voters want the government to be doing more to solve the post-Brexit touring fiasco for musicians and crew, while campaigners have vowed that their “anger is not going away until they find a solution”.

The government has often been accused of treating the sector like “an afterthought” in Brexit negotiations compared to the £1.2billion fishing industry.

Responding to the criticisms at the time, a government spokesperson from the Department for Digital, Culture, Media and Sport claimed that they “had always been clear that the end of freedom of movement would have implications for professional mobility”.

A controversial issue throughout the continent, European festival promoters have said that they could be likely to book fewer UK acts as a result of Brexit, while figures from the UK music industry have expressed concern that the impact of the deal on musicians who might not be able to tour Europe could also potentially prevent them from acquiring a visa to play in the United States.

Bookers in Europe have told Askhiphop that “the effort should come from the UK” to overcome this.