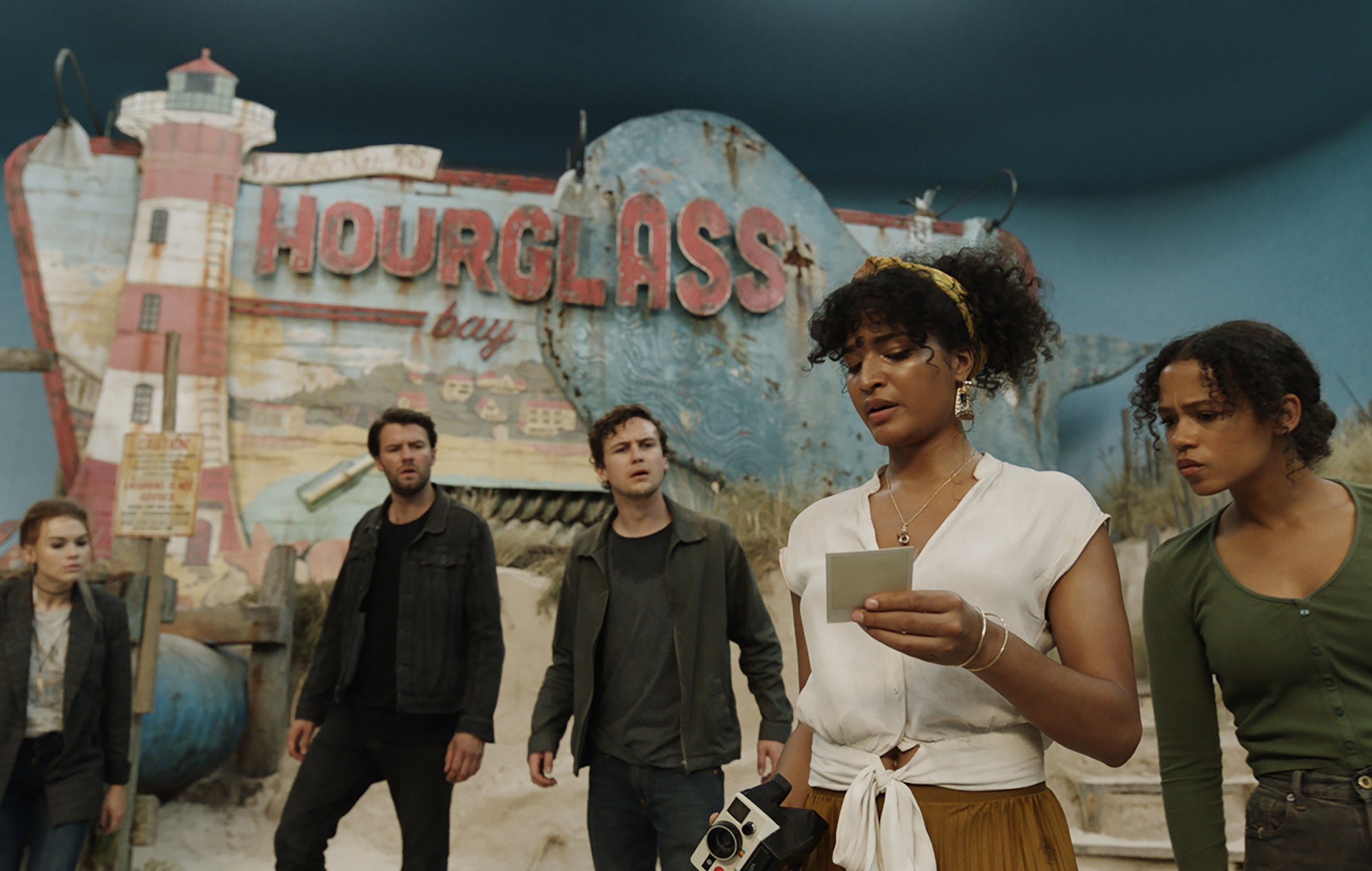 There’s a particular type of junky horror movie that feels fun while you’re watching, but immediately evaporates from memory when the credits roll. In 2019, Escape Room was that movie. So it makes sense that schlocky sequel Tournament Of Champions kicks off with a five-minute catch-up montage to remind us where we’re at.

Zoey (Taylor Russell) and Ben (Logan Miller), the only survivors of a brutal ordeal which saw them forced to battle through a series of deadly escape rooms, are struggling for closure. Obsessed with bringing her captors to justice, Zoey convinces Ben to drive to New York in search of shadowy corporation Minos where she hopes answers await. Instead, they (predictably) walk straight into another trap – in this case a carefully arranged subway car – and their nightmare plays out again.

We’re not kidding. Tournament Of Champions is an old school sequel in that it offers the exact same plot points and emotional beats as the first movie – but with different riffs on the concept. In this case it’s escape rooms – though it might as well be haunted videotapes, rogue babysitters or twisted puzzles explained by a puppet on a trike. That said, returning director Adam Robitel and his team of writers come up with enough clever new ways of killing people (acid rain, quicksand, laser security system) to help us gloss over the formulaic story, robotic acting and spartan script.

There’s also an array of fresh faces to get to know. We meet hot-headed Theo (Carlito Olivero), drunken booze-hound Nate (Thomas Cocquerel), resourceful Rachel (Holland Roden) and standout addition Brianna, played by Pose star Indya Moore. Brought together because they each conquered different versions of Minos’ challenges (hence the title), this evolved gang of escapologists are even more effective. Barely a minute goes by without a sudden flash of inspiration or a heroic life-saving act. Don’t expect the same level of competence on your next work away day at The Crystal Maze Experience…

At only 88 minutes, Tournament Of Champions is a super-quick shot of adrenaline – too short to grow boring, yet meaty enough to feel like value for money. A lot of its contemporaries end up on Netflix – lost to the endless scroll of doom. Make the effort to see it in cinemas though and the big-screen production values will keep you locked in for a happy hour or so. Beyond that, you’ll likely forget you even saw it.