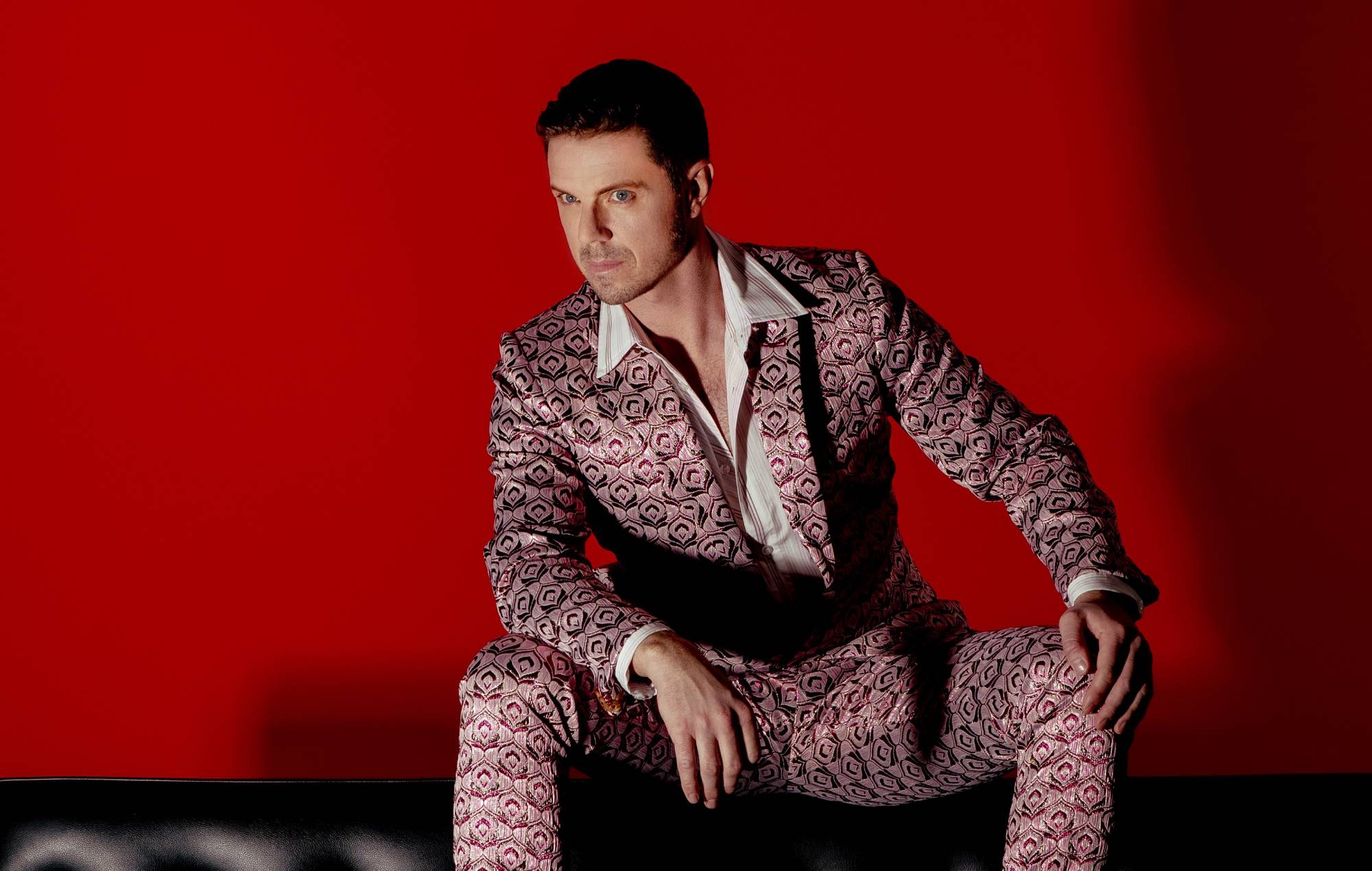 As the male lead singer and a primary songwriter in Scissor Sisters, Jake Shears brought an exuberant queer energy to the charts in the 2000s at a time when fewer LGBTQ artists were breaking into the mainstream. The New York band’s self-titled debut, home to the era-defining bops ‘Take Your Mama’ and ‘Filthy/Gorgeous’, became the UK’s best-selling album of 2004.

The Scissors enjoyed further triumphs – including their chart-topping 2006 single ‘I Don’t Feel Like Dancin”, co-written with Elton John, and 2010’s brilliant sex-positive album ‘Night Work’ – before going on hiatus in 2012. Asked by Askhiphop if he thinks the band helped move the dial to where we are today – John and Years & Years’ Olly Alexander singing gay anthem ‘It’s A Sin’ at the 2021 BRIT Awards – Shears says: “I hope so. I’d be sad if it didn’t. We had to have been good for something!”

Having collaborated with Cher and Kylie Minogue in the intervening years, Shears released his impressive debut solo album in 2018. He’s now back with the strutting single ‘Do The Television’, a disco-fied blend of Bowie and Lionel Richie that bodes very well for album two.

During a wide-ranging conversation with Askhiphop for our In Conversation series, Shears talks candidly about everything from a potential Scissors reunion to his stint on The Masked Singer, an experience he likens to “being in a surrealist novel”. Here’s what we learned.

His upcoming album is very much “a party record”

While his 2018 solo debut was “super-personal” because he was going through “a tonne” of stuff at home, Shears says he’s really having fun making the follow-up – with Beck inspiring his musical volte-face. “I always love that he will make something emotional, deep and serious,” Shears says, “and then go on to make a really ridiculous kind of semi-absurdist party record.”

Shears says his new album is “almost there” and contains “things I’ve really kept close to my chest for a long time [and] really waited for the right moment [to release]”. New single ‘Do The Television’ is an example of this ‘wait patiently’ approach: it’s a song that dates back to Scissor Sisters’ ‘Night Work’ sessions.

“The original sketch [for the song] was very different,” Shears explains. “It didn’t have that big lift or that funky Lionel Richie vibe towards the end. It was a very different song, but I’m really happy with how it turned out.”

The musical he’s writing with Elton John is “moving forward”

It’s about the life of Tammy Faye Bakker, an American televangelist whom Shears describes as “an amazing woman” who “went through a lot and managed to bring a lot of joy to people amidst basically losing everything”. Though Bakker operated in a deeply conservative arena, Shears says she was known for “reaching out with her faith” and being “non-judgemental”. She also enjoyed a particular bond with the LGBTQ community.

“Musicals take forever,” Shears says of the project’s progress since it was announced in 2019. “But it’s really hitting an exciting point.”

As for his songwriting process with the legendary Sir Elton, Shears says: “I sort of hide around the corner for, like, three minutes. He makes me get out of this vision. And then I slowly start to creep into the room and then finally sneak behind him when he’s at the piano. It’s a lot of fun.” Still, Shears says they can talk honestly about what is and isn’t working. “When his fingers land on the right chords,” Shears adds, “we both know.”

He’s definitely up for making another Scissor Sisters album

Scissor Sisters haven’t dropped a record since 2012’s ‘Magic Hour’, with their last release being the one-off charity single ‘Swerlk’ in 2017.

“I really want to make another Scissors record – I don’t know when that’s gonna be,” Shears reveals, pointing out that, in a way, “I feel like I’m making the music [now] that I would be making if Scissor Sisters were still together.”

So is the band’s reunion just a matter of syncing diaries and getting everyone on the same page? “I think so,” Shears says. “I think everybody would need to want to do it. I don’t wanna twist anybody’s arm – that would just be no fun.” Shears also rules out the idea of reuniting for a nostalgic anniversary tour, saying: “I don’t think I would be into that. I would want to make new music.”

Shears says he “loved” being on the show – especially because he got to sing Kate Bush‘s ‘Babooshka’ dressed as a unicorn. “I couldn’t wait for the first episode,” he says. “I just wanted to imagine people at home being like, ‘What the fuck is that?!’”

He also says the show’s producers were very serious about keeping his identity a secret. “You couldn’t tell anybody – it was very strange,” he says. “And when you were on set, you had to cover everything – even your hands – and wear this, like, welder’s helmet the whole time. It was full-on.”

“You know, I didn’t really know her, but I was around her [a little],” he recalls about the late singer. “We did a tour of basically, like, end-of-year college banquets.” In fact, these college banquets for “like 200 people” would feature an incredible triple bill of Winehouse, Scissor Sisters and Ash.

“I like thinking back to that time, because you just just never know where everything’s going to end up – it was early days for us,” Shears says wistfully. “I think about [Winehouse] during that time and I think about playing those shows with her. It was such a cool time.”

The post Five things we learned from our In Conversation video chat with Jake Shears appeared first on Askhiphop.