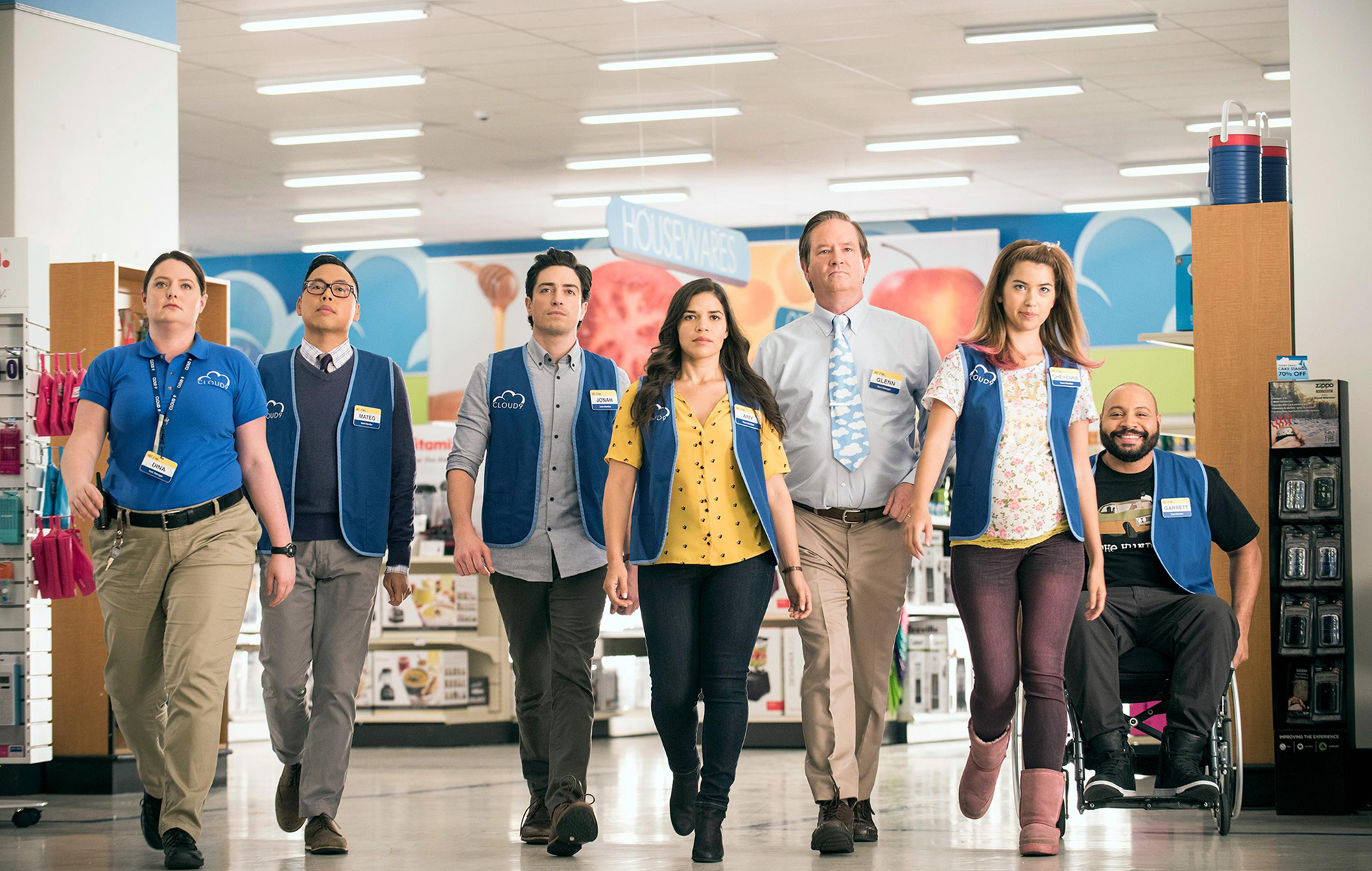 Ah, working in an office, remember that? Had the pandemic not booted most of us home full-time, it might have been the sort of thing that Peter Kay reminisced about in one of his stand-up routines: “Casual Fridays? What were that about eh?” And then probably something observational about Marks & Spencer tubs of mini-chocolate rolls, and nicking your colleague’s sandwich from the fridge in the break room. It seems quite a lot of you have been missing that sort of thing – because workplace comedies are dominating TV once again.

First, an honourable mention to Superstore, which may turn out to be one of those US comedies to which absolutely no one in the UK pays attention on first release, but gains a huge and loyal following down the years. Starring the one who performed his own nipplectomy in Mad Men and the supposedly (but not actually) ugly one from Ugly Betty, what starts as a quirky workplace comedy set in a ‘big box’ store in the flyover states, turns into a genuinely clever and witty commentary on faceless corporate America. Currently one of Netflix UK’s most-watched imports, Superstore initially appears self-consciously quirky and a little try-hard. But stick with it and you’ll be rewarded.

Then, for those who prefer their workplaces a little bit more Gen Z and Silicon Valley, there’s Mythic Quest on Apple TV+. Set in the offices of a popular Massively Multiplayer Online Role-Playing Game, there could be a difficult barrier to overcome if you don’t know your Nintendo Switches from your PlayStation 4s. Luckily it doesn’t matter, because this comedy from Always Sunny’s Rob McElhenney speaks to anyone who has worked in the creative environment – balancing the egos of the fragile, free-thinking types with the task of running a flourishing business and making it all seem like a giant fun playground with breakout rooms, bean bags and a cereal bar. It’s also very, very funny.

Elsewhere, The US Office and Parks and Rec continue to dominate the big streamers’ ‘Trending’ bars, depending on who owns the rights that particular month. Still resonating with audiences years after their debuts, they seem to have taken on an even greater relevance while many of us have been punching the clock from our living rooms.

So why is that? There is the old adage about your work ‘family’ – by rights, you should know them better than your own family due to the fact that you spend such a disgusting amount of time with them. Nowhere else is this manifested more hyperbolically than in the workplace comedy. These aren’t just places where people simply turn up, do their job, gossip and bitch a bit in the kitchenette before buggering off home. They’re places where friends become lovers, Shakespearean-level dramas unfold, cartoonish hi-jinks occur and lives are changed forever.

The likes of Superstore and The US Office are, of course, a hugely romanticised version of our workplaces. But as a backdrop to some of our favourite comedies, they do seem to speak to us. Could it be that we’ve become a little more attached to watching the workplace because we’re not able to, y’know, be in one?

So, as more and more of us are facing the fairly imminent prospect of the morning commute once again, ask yourself: are you watching these shows to fill the gaping office-shaped hole in your lockdown life, or are the fictionalised versions a far preferable and less intrusive version of the real ones that we behind at the start of 2020? Basically, real life is overrated. Watch telly instead.

The post Has being out of office given the workplace sitcom a second life? appeared first on Askhiphop.