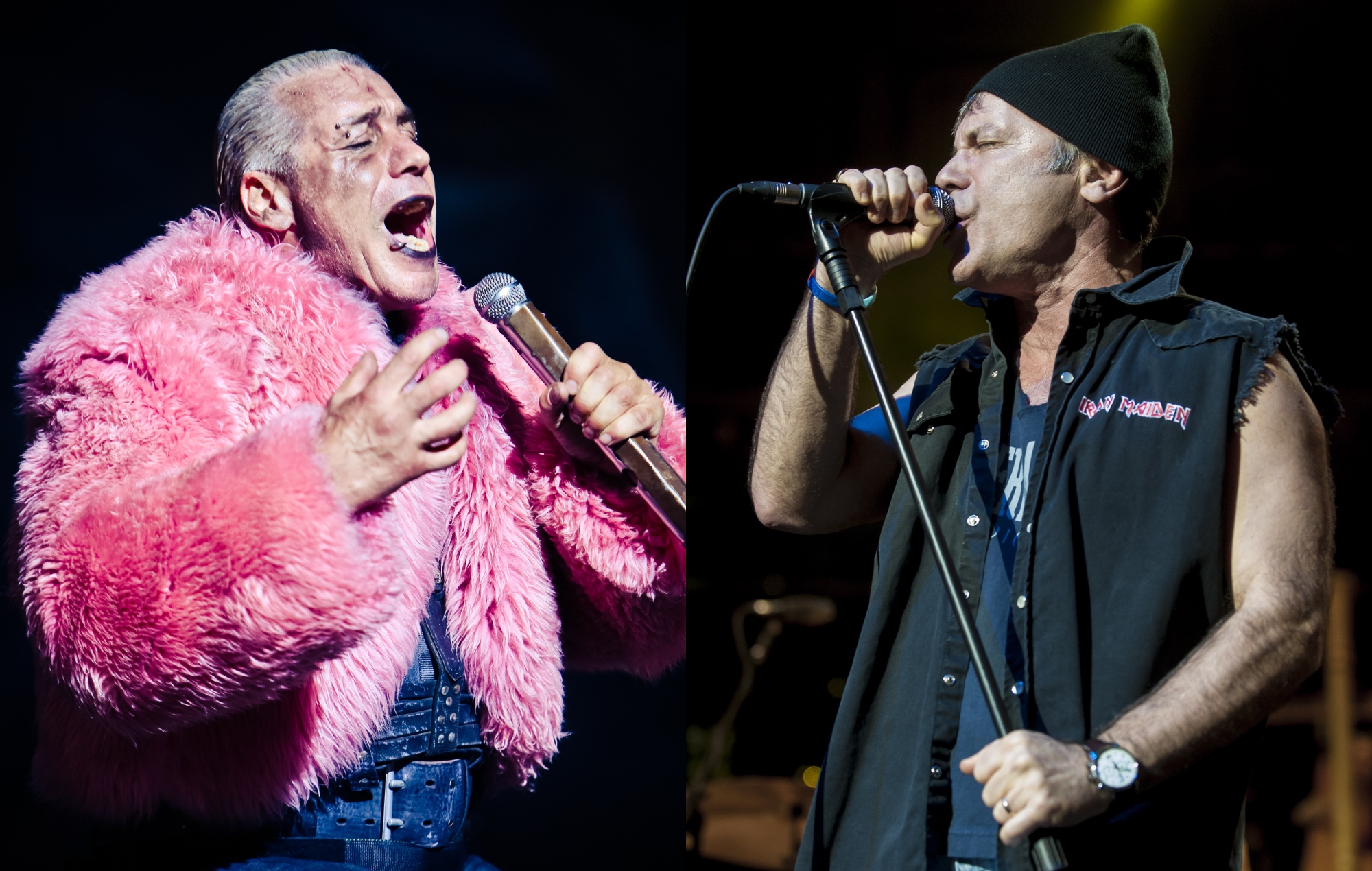 Bruce Dickinson has spoken of how Rammstein inspired the video for Iron Maiden‘s comeback single, ‘The Writing On The Wall’.

Dickinson and co. returned last week (July 15) with their first new track in six years. The band subsequently confirmed that their 17th studio album, ‘Senjutsu’, will arrive this September.

During a new interview with Kerrang!, frontman Dickinson explained that the animated visuals for ‘The Writing On The Wall’ were inspired by the similarly epic official video for Rammstein’s 2019 single ‘Deutschland’.

“I said to Rod [Smallwood, Iron Maiden’s manager],​ ‘Have you seen the video for ‘Deutschland’ by Rammstein?’” he recalled to the outlet. “That, to me, is a groundbreaking video. That’s astonishing.”

He continued: “Now, I’m not suggesting we do that, because we’re not Rammstein. But think of what we could do that would have the equivalent impact for us.

“So, I wrote storyboard for the vid, tweaked it a little bit, and gave it a happy ending. Well, kind of a happy ending – Adam and Eve start again, but with Eddie going, ​‘I’ll still get you in the end’.” You can watch both videos above.

The accompanying “mini-film” to ‘The Writing On The Wall’ was created by a collaborative team that included former Pixar executives Mark Andrews and Andrew Gordon (The Incredibles, Monsters Inc., Finding Nemo).

“I’m very proud of the way the video turned out, it’s more like a mini-film really,” Dickinson explained upon its release. “I knew it was going to work out as soon as Mark brought my treatment to life with his incredible storyboards – I thought we could make something very special together.

“I think we did and hope our fans will agree. In fact it’s pretty much created by Maiden fans!!”

‘Senjutsu’ will come out on September 3, and was recorded at Paris’ Guillaume Tell Studio with Iron Maiden’s longtime producer Kevin Shirley alongside Steve Harris.

Dickinson said that the band were “all really excited” about the record, adding that it was recorded in 2019 when the group were on a break from their Legacy tour.

“The songs are very varied, and some of them are quite long,” he explained. “There’s also one or two songs which sound pretty different to our usual style, and I think Maiden fans will be surprised – in a good way, I hope!”

The post Iron Maiden on how Rammstein inspired ‘The Writing On The Wall’ video appeared first on Askhiphop.