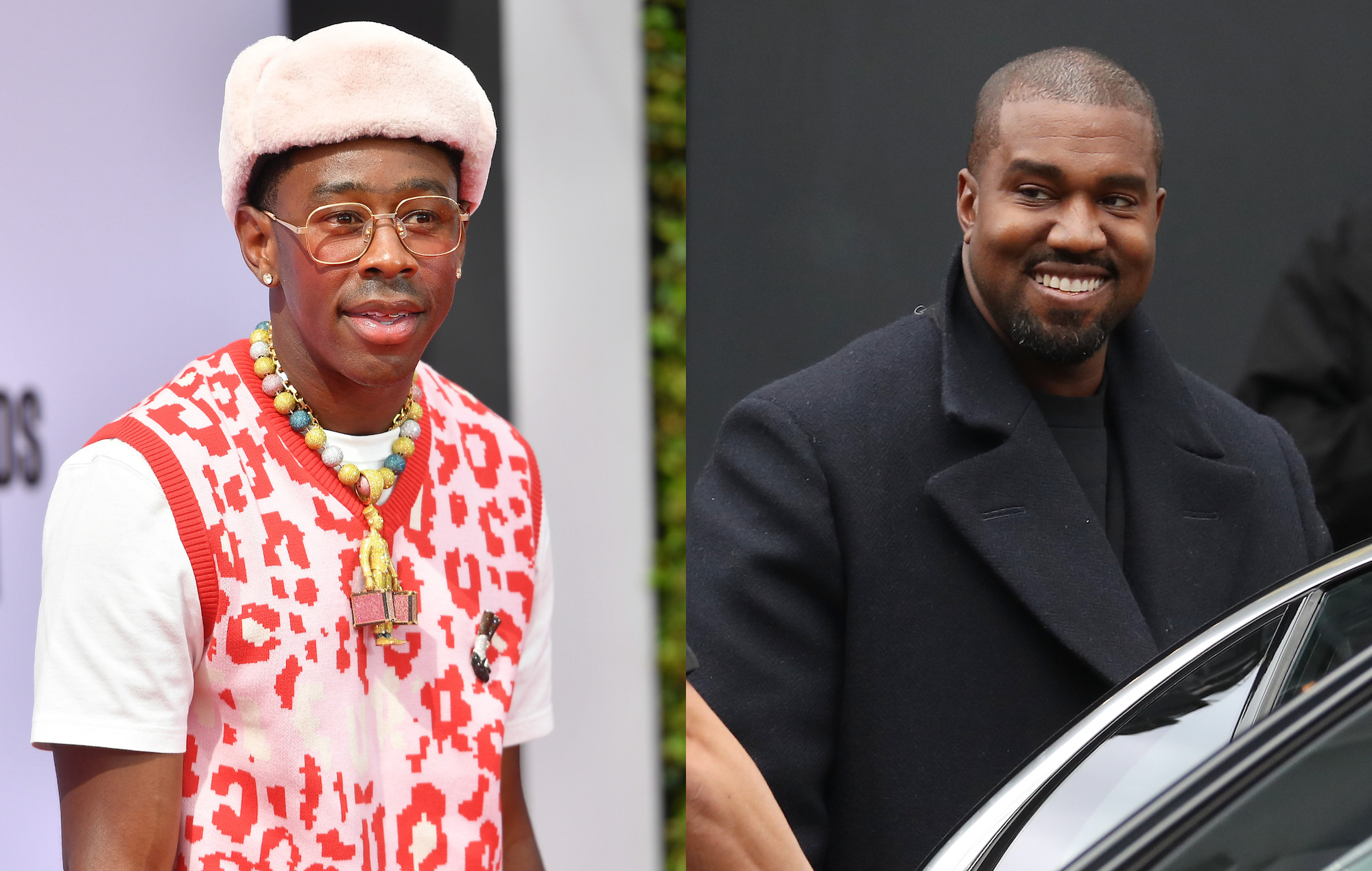 Video footage of Tyler The Creator and Kanye West working together in a recording studio has surfaced online.

Tyler released his latest album ‘Call Me If You Get Lost’ in June, while West is reportedly back to work on his ‘Donda’ album, which was originally scheduled for release last year.

In the video, which has no sound, Tyler can be seen standing behind Kanye, who is wearing a mask that covers his entire face. The rapper has been spotted wearing similar full-face masks out and about in recent weeks.

On a whiteboard behind the pair appears to be a tracklist. ‘Donda’ is visible at the top of the list alongside apparent names including ‘Remote’, ‘New Again’ and ‘Come To Life’.

The clip was posted to rapper Consequence’s Instagram, who captioned the post: “Ye x Tyler. Epic Level. Summer ’21.” Watch it above now.

The two stars have collaborated together in the past, with West featuring on Tyler’s tracks ‘Puppet’ and ‘Smuckers’.

West recently lent his vocals to ‘Faith’, the second posthumous album by late Brooklyn rapper Pop Smoke. He appears alongside Pusha T on the track ‘Tell Me The Vision’.

Meanwhile, Tyler claimed earlier this month that A$AP Rocky ignored his requests for the New Yorker to appear on ‘Call Me If You Get Lost’. At a pop-up show in support of the album, the Odd Future rapper revealed that he had Rocky in mind for the track ‘Corso’, but didn’t hear back from him.

“I made that beat for me and Rocky shit, but that n***a ignored me for five months,” Tyler said. “So the middle part where DJ Drama is yelling and I’m not rapping, that was for Rocky.”

In a four-star review of ‘Call Me If You Get Lost’, Askhiphop said: “The record stands as an all-encompassing culmination of Tyler’s ever-varying sound, showing that growth isn’t always linear and that artists can be a multitude of things. On ‘Call Me…’, Tyler cements his place as a generational talent, one in fine form and continuing to push the boundaries of his vision and kaleidoscopic sound.”

The post It looks like Tyler, The Creator and Kanye West are in the studio together appeared first on Askhiphop.