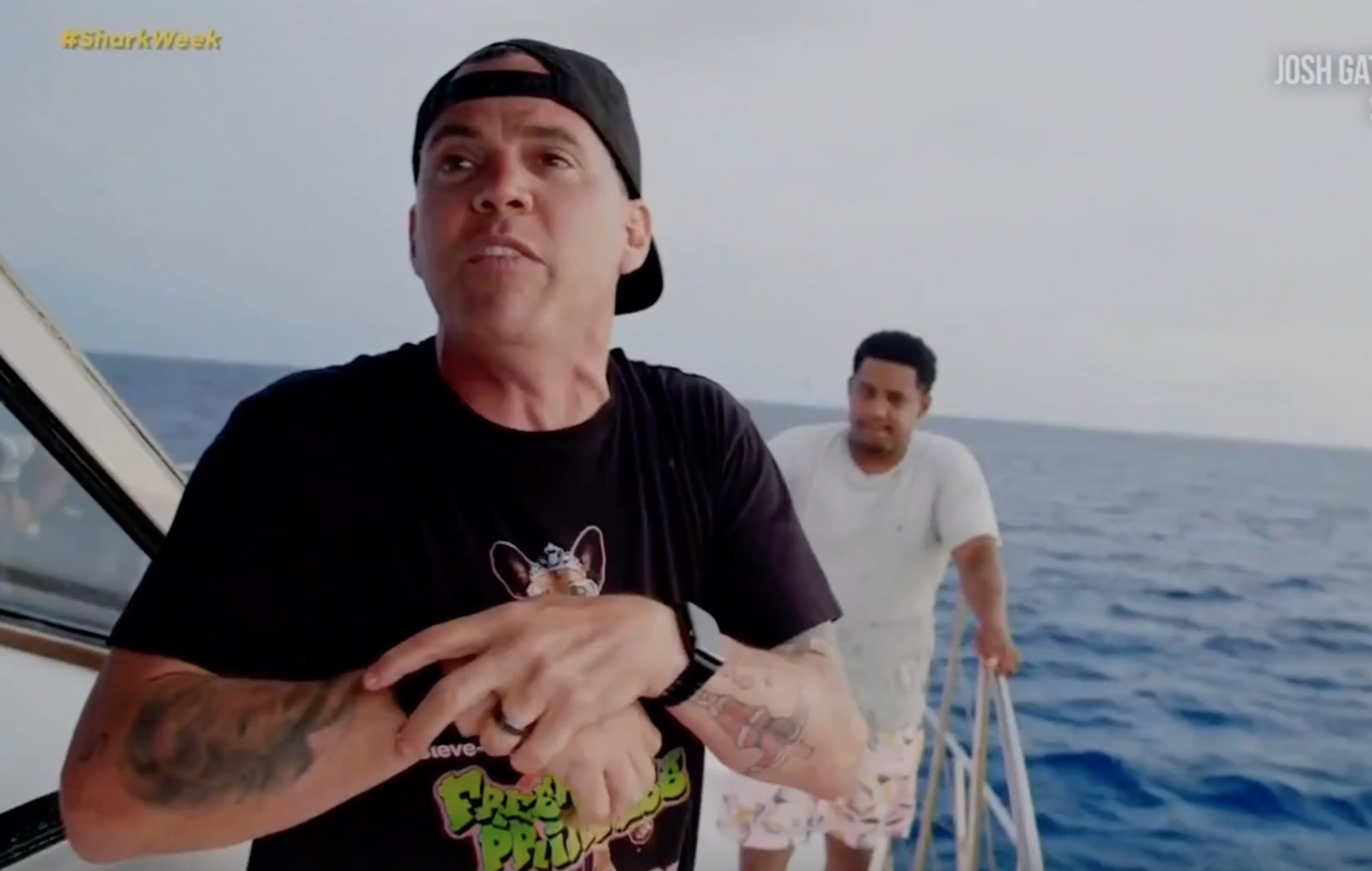 A Jackass stunt for Discovery’s Shark Week has ended badly after Sean McInerney (aka Poopies) had his hand bitten by one of the creatures.

The Jackass Shark Week Special saw the group attempt a dangerous stunt as they literally tried to “jump the shark”, with McInerney wakeboarding over infested waters.

However, when he went over a ramp, the stuntman didn’t quite stick the landing and tumbled right into the water, subsequently getting bitten on the hand by the sharks.

Help immediately came as McInerney was lifted onto a boat, with Steve-O asking: “This was only one bite in one spot? And he’s not missing anything?”

“It’s a reminder that yeah, like, we are pushing it pretty hard. And this could happen, of course,” fellow star Chris Pontius further reflected. “It’s either, like, everything’s okay or this happens. And hopefully it’s always everything’s okay, everything’s okay. But then… you know, this time it’s not okay.”

in the end, McInerney only sustained a hand injury, and later admitted: “I knew there was a chance I was gonna get bit by a shark, but I didn’t think it was gonna happen.”

He also said he didn’t hold anything against the sharks, adding: “No, I don’t blame the sharks at all. I mean, I was in their living room, and it was dinner time.”

In other Jackass news, Steve-O recently asked for men to give away their pubic hair in order to create a Bigfoot costume, with a number turning up to donate.

The actor’s gross stunt also came after he managed to convince a doctor to paralyse him from the waist down for a Jackass 4 segment.

“I might have actually talked a doctor into dressing up as a clown so that he could put a four inch needle into my spine and inject me with a drug that would paralyse me from the waist down while I was sprinting and before all kinds of terrible shit happened to me,” Steve-O explained on YouTube.