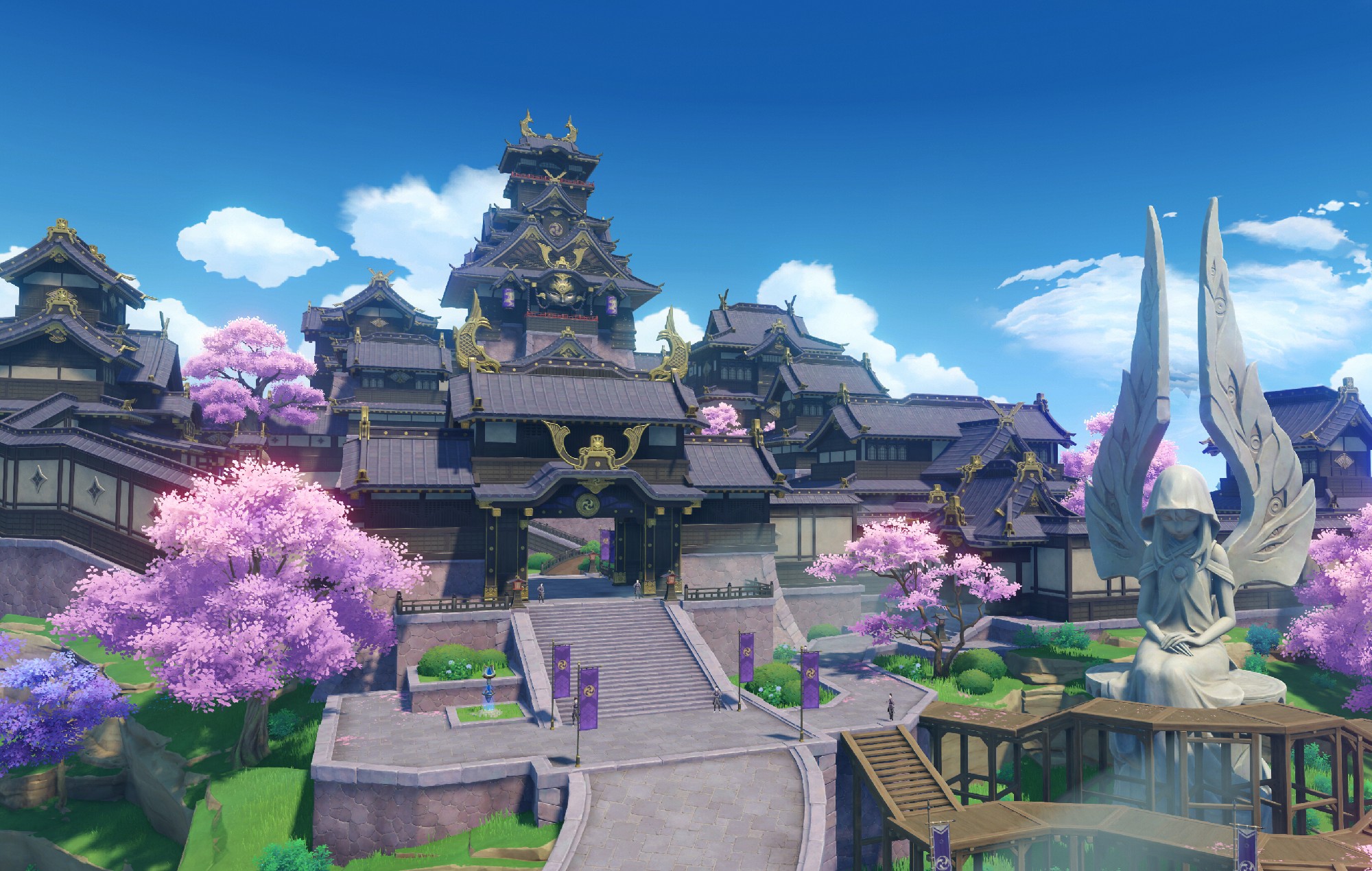 It’s been a long wait for Genshin Impact fans, but miHoYo has announced that the much-anticipated region of Inazuma is coming to the game as the first major expansion for its world since launching last year.

The free-to-play action RPG released with two of seven known regions in the world of Teyvat: the European-inspired city of Mondstadt and the Chinese-inspired Liyue Harbour.

During this time, Genshin Impact has hinted at the nation of Inazuma as the next region, which players had long anticipated. Expansion of the game world had however been limited to a mini region Dragonspine, as well as a separate Golden Archipalego area for this summer’s 1.6 update.

In Genshin Impact‘s 2.0 release, titled ‘The Immovable God and the Eternal Euthymia’, players will finally be able to cross the sea to Inazuma, a vast location ruled by the Electro Archon. An isolated nation inspired by Japanese culture and geography, it is made up of six islands, often accompanied by strong winds and thunderstorms.

Kamisato Ayaka is a five-star Cryo sword user, while Yomiya is a five-star Pyro archer. Also available to unlock is four-star ninja Sayu, who wields a giant Ameno-based claymore.

As previously reported in a recent leak, cross-save is also finally available across PlayStation, PC, and mobile. Players on PS5 will be treated to more refined character shading, haptic feedback support from the DualSense controller, while more feature optimisations are planned.

Elsewhere, journalist Jeff Grub believes that a Nintendo Switch Pro may yet still be released in 2022.