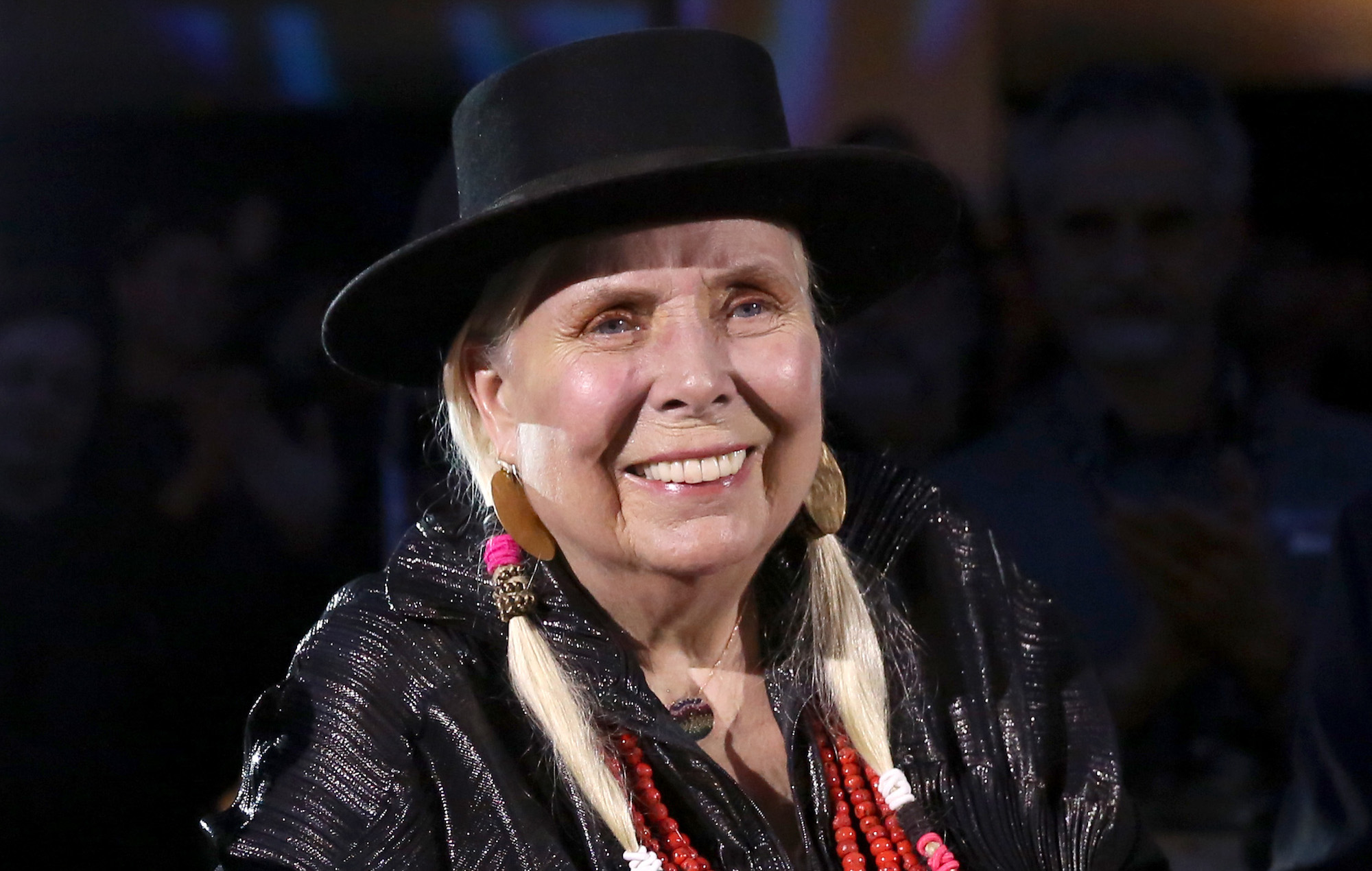 Joni Mitchell is among the artists set to be honoured as part of the 2021 Kennedy Center Honors.

Mitchell will receive a lifetime achievement award at the live awards ceremony on December 5 at the John F. Kennedy Center in Washington, DC.

Others set to be honoured at the ceremony include Bette Midler, Motown founder Berry Gordy, Saturday Night Live creator Lorne Michaels and more.

“This year’s Honorees represent the unifying power of the Arts and surely remind us of that which binds us together as human beings,” said Kennedy Center President Deborah F. Rutter in a statement.

“After the challenges and heartbreak of the last many months, and as we celebrate 50 years of the Kennedy Center, I dare add that we are prepared to throw ‘the party to end all parties’ in D.C. on December 5th, feting these extraordinary people and welcoming audiences back to our campus.”

Elsewhere, Joni Mitchell recently shared a rare video message in which she reflected on the 50th anniversary of her classic album ‘Blue’.

Released in 1971, Mitchell’s fourth studio album is widely regarded as one of the greatest records of all time. After releasing a new EP of demos and outtakes from the ‘Blue’ sessions, Mitchell took to her official Twitter account to post a message.

“I’m so pleased with all of the positive attention that ‘Blue’ is receiving these days,” Mitchell said while sitting at a table outside. “When it was first released it fell heir to a lot of criticism. So 50 years later people finally get it, and that pleases me. Thank you.”

Meanwhile, Laura Marling has narrated a new audio documentary about Joni Mitchell for BBC Radio 4. Blue: Pain And Pleasure aired on the station last month, detailing the story behind the writing and recording of the LP.

The post Joni Mitchell to be given lifetime achievement award at 2021 Kennedy Center Honors appeared first on Askhiphop.