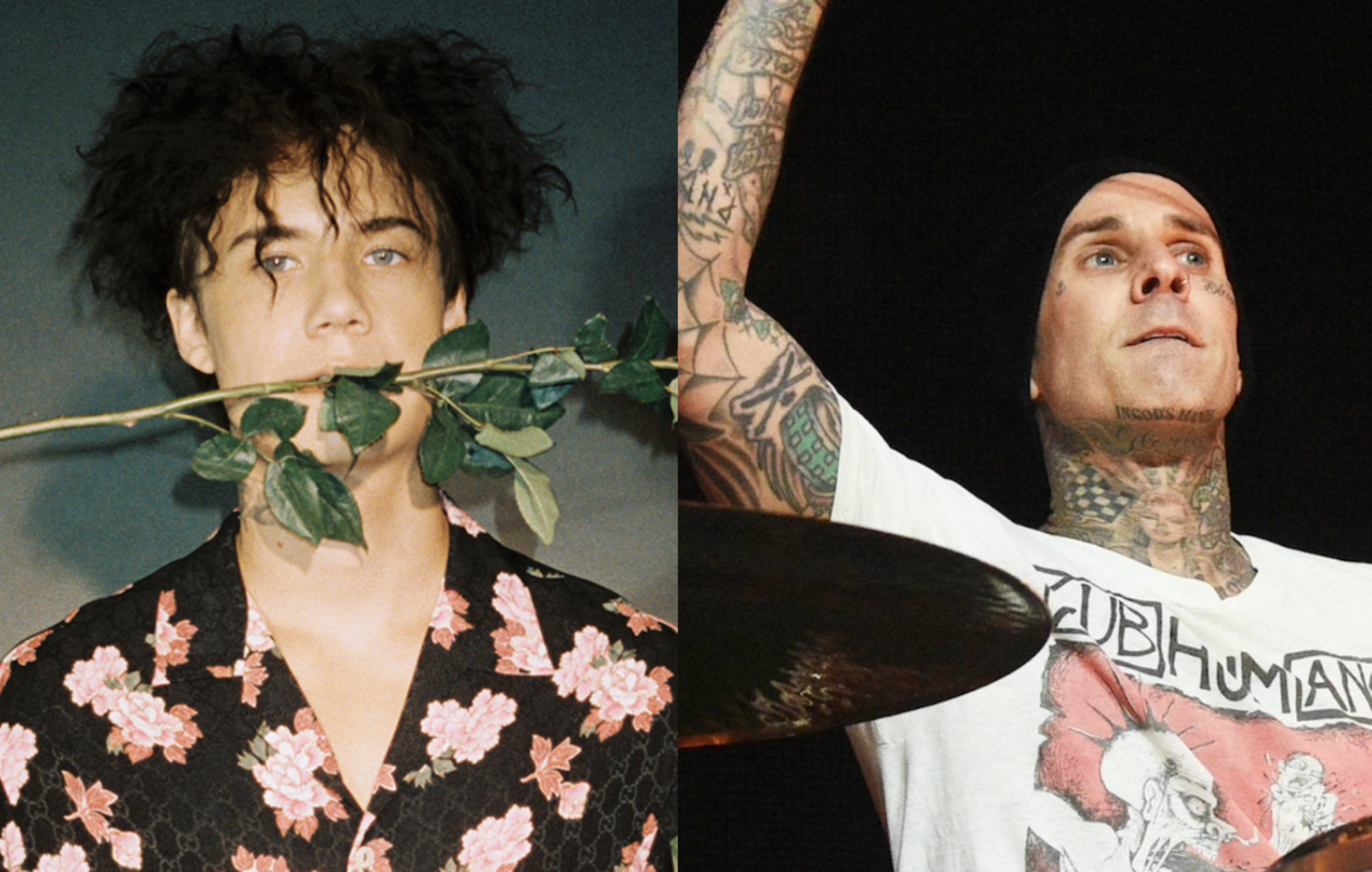 Jxdn has revealed he was originally going to sample a different Blink-182 song on his recent track ‘A Wasted Year’.

Taken from the TikTok star’s debut LP, ‘Tell Me About Tomorrow’, which was released last Friday (July 2), the new song is produced by Blink drummer Travis Barker and features a sample of the band’s 2003 track ‘Feeling This’.

Speaking in a new interview, Jxdn discussed the creation of ‘A Wasted Year’ and how it was Barker who came to him with the idea to reinterpret the pop-punk classic.

Jxdn told the Zach Sang Show: “It’s my favourite song on the album, besides ‘Wanna Be’ and ‘Tell Me About Tomorrow’ – those two really stick to me really deep down; one makes me cry, and the other one just is such an honour because I’m with Kells [Machine Gun Kelly].

“‘A Wasted Year’ is my favourite song. The funny thing about that song is it was gonna be an ​‘interpretation’ of a different song of [Blink’s], and we did it, and it ended up not working out, so we put it on that one and it was much better. I love it; it’s so funny!”

He added: “Travis and them came to me and was like, ​’Yo, we should make this.’ I didn’t write that chorus or anything.”

Asked whether he quizzed Barker on why he wanted him to sample a Blink track, Jxdn joked: “When he explains things… I wish I could do it like him, but no-one really can! He’s just so charming and convincing about it.”

He continued: “I don’t even know how he brought it to me. He was just like, ​’You wanna do this?’ and I was like, ​’Yeah, of course.’ You know what I mean? It seemed like the craziest thing – and it was. He was right. That’s why I always trust him. He could say anything and I’d do it, pretty much!”

You can watch the interview below:

Meanwhile, Blink-182’s Mark Hoppus has shared with fans news of his cancer diagnosis and ongoing treatment.

The bassist made the announcement on Twitter last month (June 23), saying: “For the past three months I’ve been undergoing chemotherapy for cancer.”

“It sucks and I’m scared, and at the same time I’m blessed with incredible doctors and friends to get me through this,” Hoppus continued in his tweet.

“I still have months of treatment ahead of me but I’m trying to remain hopeful and positive. Can’t wait to be cancer free and see you all at a concert in the near future. Love to you all.”

The post Jxdn reveals he was going to sample a different Blink-182 song on ‘A Wasted Year’ appeared first on Askhiphop.