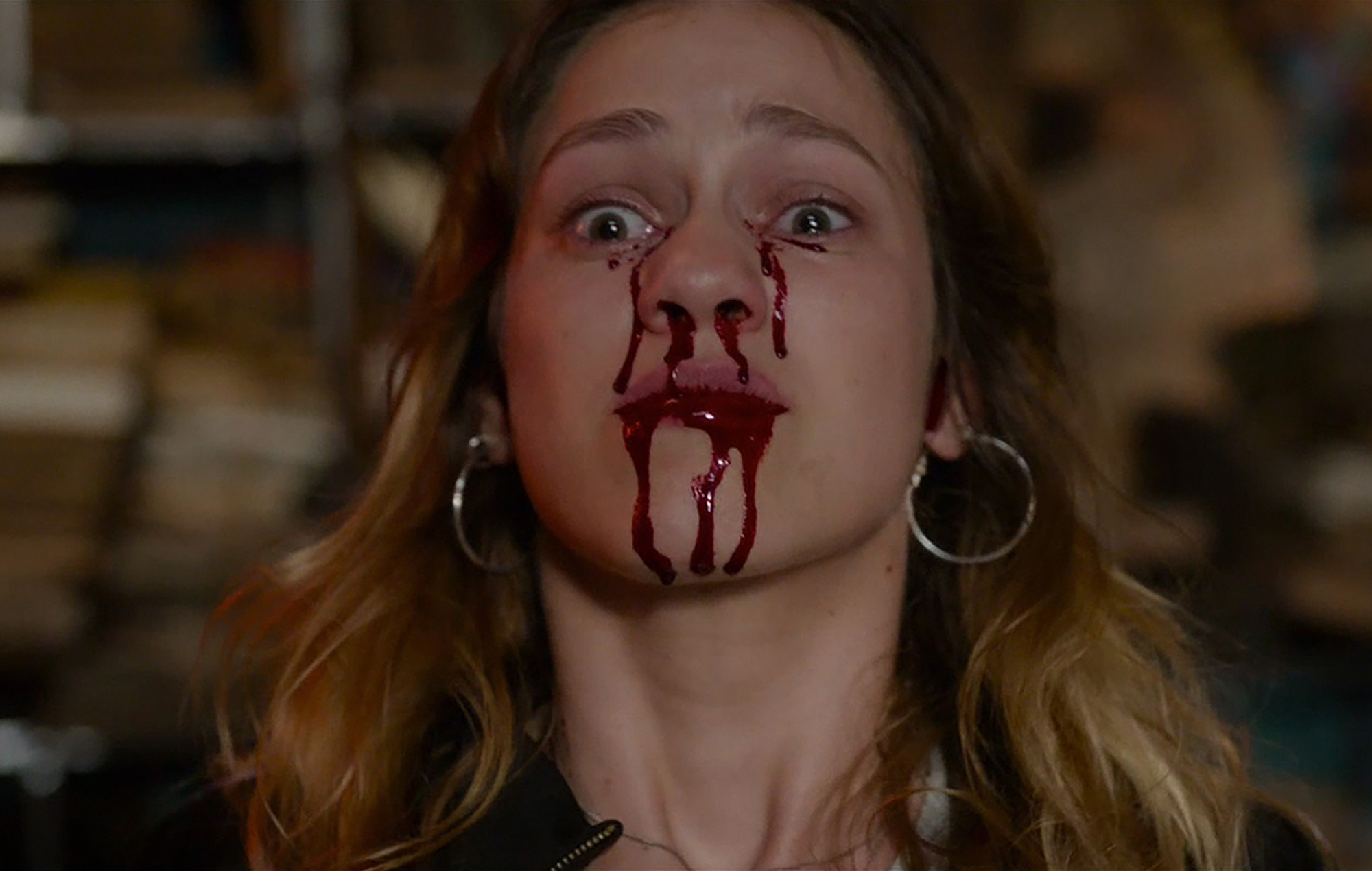 The core group of teens in Kandisha could have been focus-grouped for a totally rad cartoon series and toy line back in the ‘90s, being a multicultural, bad-ass, all-girl graffiti gang from the mean streets of Paris. Bet they love pizza and martial arts too. But actually, the relationship between the trio – and the zippy, edgy dialogue they share with their extended group – is far more realistic than you’d find in your average US horror movie set-up, where typically two passion-struck lovers, a bookish girl, a nerd and a stoner will happily set off on a road trip together for… some reason.

Here, the girls are from the same hardscrabble world, a grey inner city landscape of tower blocks and flyovers far from the City Of Light’s tourist hotspots. Out tagging one night in another dingy locale, one of the girls, Amelie, finds the name “Kandisha” hidden under peeling billposters, leading to discussion of a Moroccan legend about a vengeful woman whose spirit can be summoned by drawing a pentagram and invoking her name – a local variety of the Bloody Mary myth.

See, Kandisha is a djinn, the tricksy demons of eastern mythology seen in films including Under The Shadow, Wishmaster and, er, Disney’s Aladdin – djinns were the ‘genies’, see? But not for Kandisha the blue skin and goatee look of Will Smith’s buff wish-granter; she instead has a studded veil, a skimpy top and a fine pair of hooves, like Sweet Tooth’s mum on the pull at Tiger Tiger.

When Amelie is later attacked by her ex-boyfriend she calls on Aicha Kandisha to exact revenge on him, unleashing an inexorable string of increasingly gruesome killings in the manner of The Ring and The Grudge. But unlike Sadako or Ju-On, the hellbent curse exacters of those J-horror classics, Aicha Kandisha has a specific MO: she kills only men. Amelie is safe, but what about her little brother?

Like Final Destination, this isn’t a horror film you watch in the hope that anyone survives so much as one that presents you with a checklist of kills pending as Kandisha picks through Amelie’s male friends like a hungry vicar at a funeral buffet. That’s where the skills of writer/director duo Alexandre Bustillo and Julien Maury, whose breakout indie hit Inside a decade ago saw them hailed as the new face of French horror, come into their own – Kandisha’s supernatural slasher kills are ballet for horror movie fans. In light of that – and even if the obligatory exorcism scene is one of the best ever committed to film – it is disappointing when the movie gets stuck on the rails of its own Ghost Train in an attempt to wrap the plot up. But the fact that there is one is what’s disappointing; It’s strange how much even innovative filmmakers insist on sticking to arbitrary ‘rules’ of situations that are pure fantasy.

Even if you know where this film is going from a quarter of the way through, it’s hugely entertaining to watch it play out. Do they manage to finish off Aicha Kandisha once and for all? Draw a pentagram and say her name five times to find out…