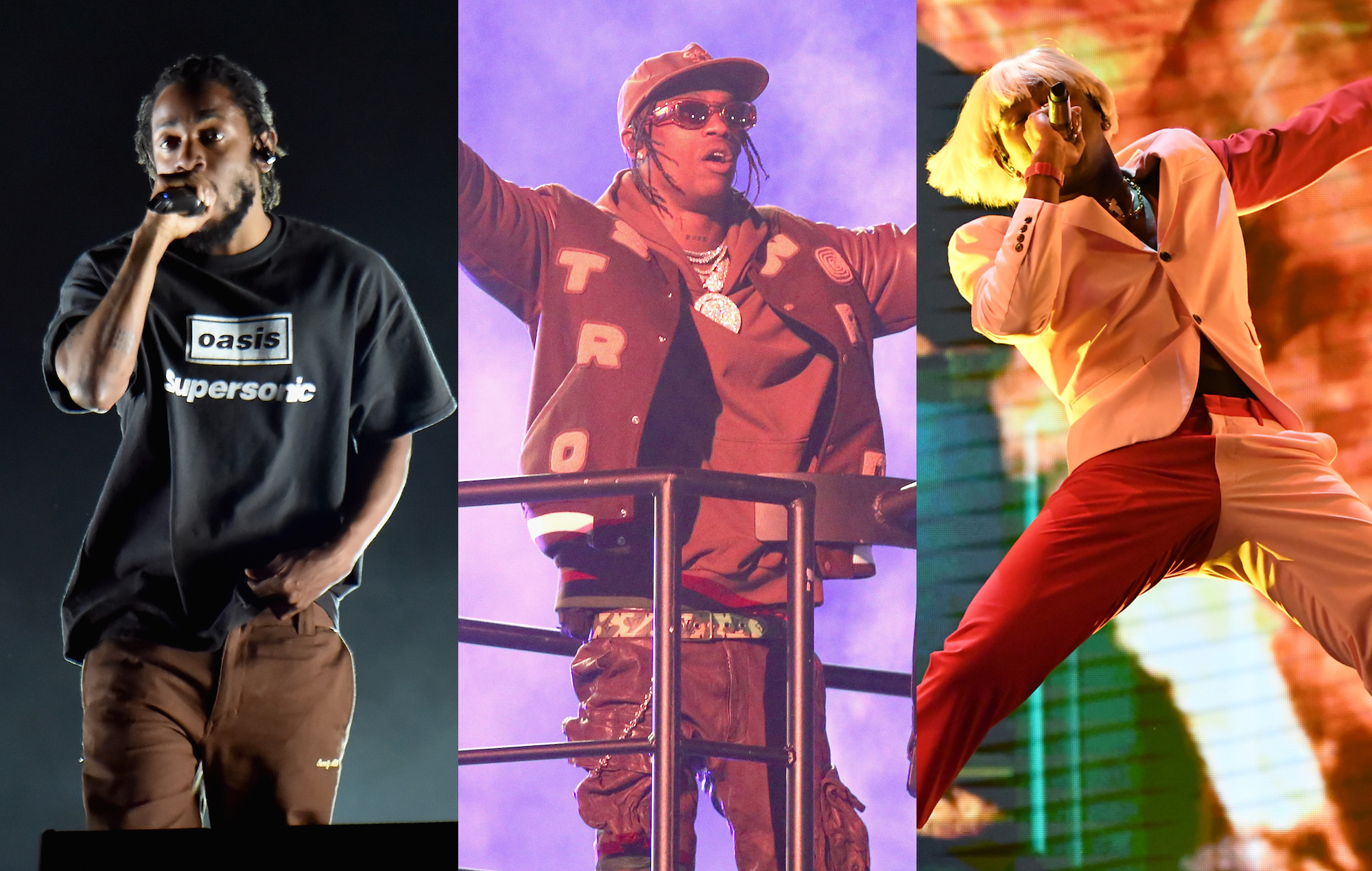 The full lineup for Day N Vegas 2021 has been unveiled, featuring headliners Kendrick Lamar, Travis Scott and Tyler, the Creator – all of whom are rumoured to have new music on the horizon.

Following a year on ice due to the coronavirus pandemic, the three-day event is set to return to the Las Vegas Festival Grounds for its second instalment, taking place over the weekend spanning Friday November 12 through Sunday 14.

The first batch of tickets will go on sale this Friday (June 18) at noon local time, with weekend and single-day options. VIP tickets are also being offered this year, exclusively for all-weekend attendees.

Take a look at the full lineup below:

Pencilled in as his only live performance for the year, Kendrick Lamar leads the fray on day one, delivering an exclusive show billed as ‘One Night in Vegas’. As the festival’s poster reveals, he perform a career-spanning set with cuts from 2011’s ‘Section.80’ through to his most recent album, 2017’s ‘DAMN.’

Lamar leads a bill of 39 artists performing on the Friday kick-off, including DaBaby, Thundercat and Tkay Maidza.

Earlier this month, The Game said Lamar would be returning with new music “real soon”. Last year, Lamar was spotted filming a music video in LA, supposedly for a track slated to appear on his “rock-influenced” fifth album.

Alongside acts like Doja Cat, Freddie Gibbs and Joey Bada$$, Travis Scott will close out the festival’s second day. The rapper has kept relatively busy of late, with his fourth album, supposedly titled ‘Utopia’, set to drop later in the year.

The 2021 instalment of Scott’s own Astroworld festival, which will go down in his hometown of Austin, Texas in November, sold out its entire 100,000-ticket allocation in under an hour.

Tyler, the Creator will wrap the festivities up on the Sunday night, following a full day of performances from the likes of SZA, Lil Uzi Vert and Denzel Curry.

After debuting the track ‘Tell Me How’ in a Coca-Cola advert back in March, Tyler recently spurred rumours of an incoming follow-up to his 2019 record ‘IGOR’. His team launched a cryptic billboard and hotline campaign last week, and today (June 15), he uploaded a pair of teaser videos both titled ‘SIDE STREET’.