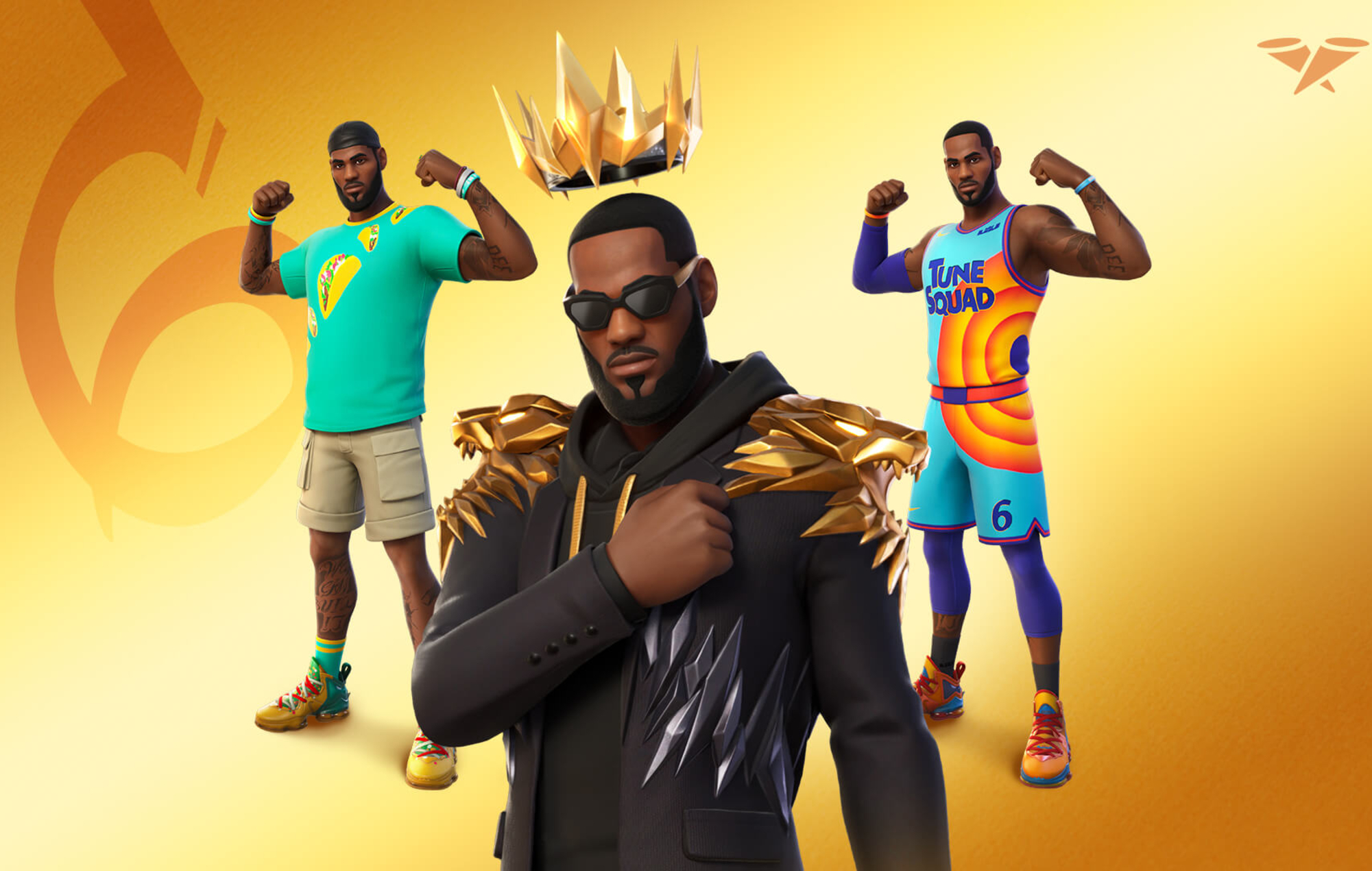 LeBron James will be playable in Fortnite later this week, as the latest edition to the Icon Series.

There is the imaginatively titled LeBron James Outfit. According to Epic Games, it “blends the best of LeBron’s on-court and pre-game persona”. It also comes alongside The Lion Pickaxe, a Wingspan Glider and his signature on-court celebration, The Silencer.

If Players complete special King’s Bling quests, these items will grow increasingly more gold. There will also be a slider available to customise just how much bling they want to show off.

You can also get James in his Space Jam: A New Legacy outfit. The outfit also includes LeBron’s Taco Tuesday style variant, made famous from all those Instagram stories.

LeBron’s inclusion has been teased for a while now. First unofficially through a handful of leaks and last weekend, a mural was spotted in Chicago. It was then followed up by an in-game painting at Believers Beach.

In other news, Fortnite recently teamed up with O2 and Universal Music to bring an interactive live music experience to fans in a week-long celebration.

The iconic venue was recreated in Fortnite Creative. It then saw a live gig from Leicester band Easy Life, which you can watch on the band’s Youtube channel.

“Being the first UK act to ever perform in Fortnite Creative, and for that performance to take place inside a venue as iconic as The O2, is truly humbling,” said Easy Life frontman Murray Matravers. “We’re all huge gamers in the band so getting the chance to appear in a game this popular is a childhood dream come true.”

The post LeBron James is officially coming to ‘Fortnite’ this week appeared first on Askhiphop.