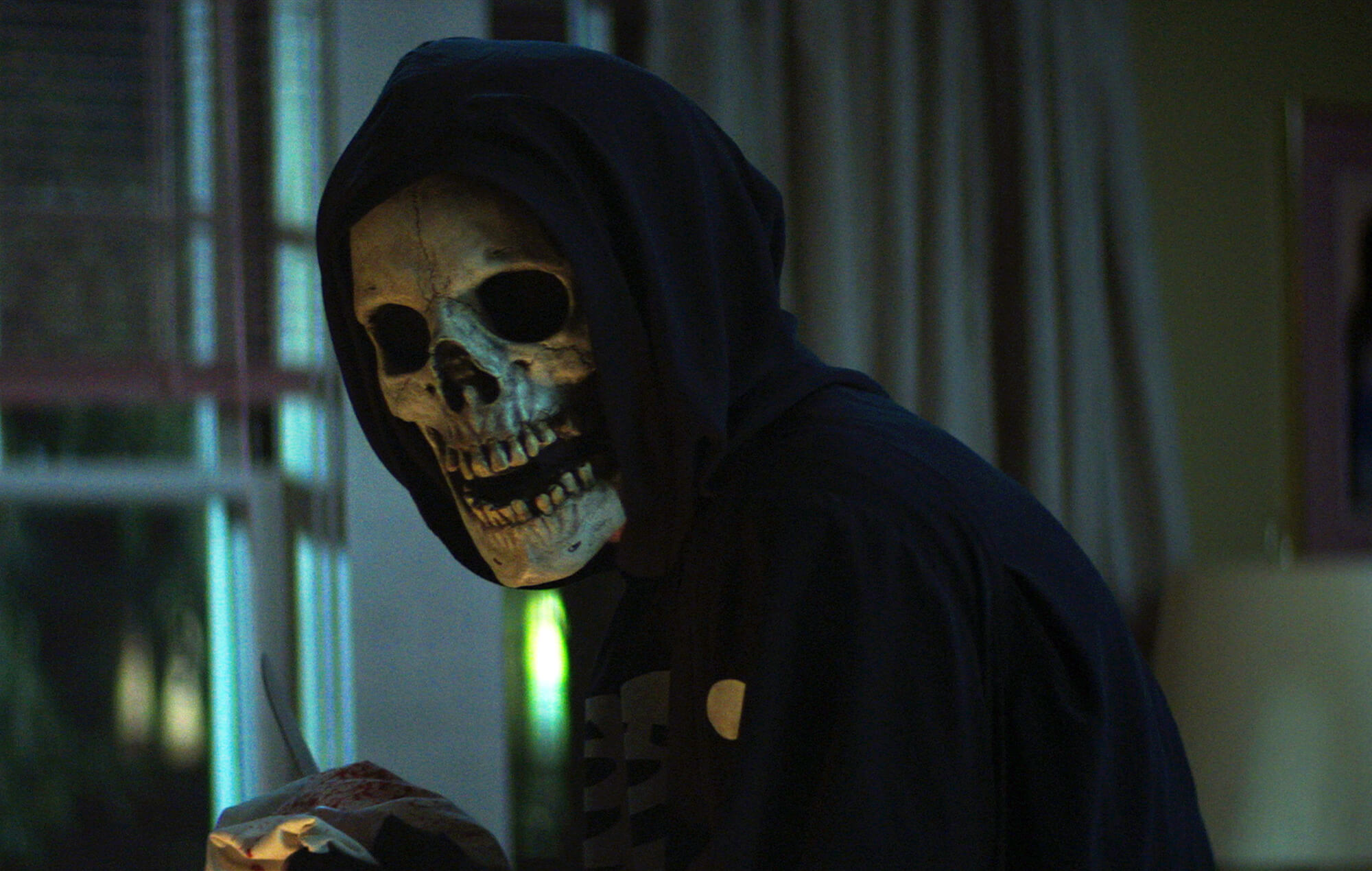 The Fear Street books have struck a chord with teen horror fanatics since the late 1980s. Now, Netflix has taken this wildly popular slasher series (from Goosebumps author R. L. Stine) and turned them into a glossy, grisly movie trilogy.

The films follow a gang of high school outsiders as they try to lift the brutal curse of Shadyside, their hometown, before it catches up with them. Each film is tied to a different point in history, each with its fair share of blood, guts, teen romance and hair-raising needle drops.

A host of new and established talent have been recruited for the trilogy, from Stranger Things’ Sadie Sink to Community stalwart Gillian Jacobs. We sat down with the core cast to get clued up on Shadyside’s key players, and find out just what’s in store for them.

“Deena is part of a central love story with Sam, played by Olivia [Scott Welch]. She loves Sam and she is willing to do anything to protect her and save her. That’s what sets Deena and her friends on a journey to uncover the curse of their hometown, Shadyside.

“I really liked mysteries as a kid; I wanted to be a spy. I’d always have my notebook and would spy on my family, and I feel like Deena has that determination to investigate things and figure stuff out.”

“Sam is the other half of the core love story. Deena and Sam are foils to each other: Deena is very secure, while Sam is still trying to figure out who she wants to become and the things that she wants to stand up for.

“Then she gets caught up in this curse, and through the worst thing that’s ever happened to her, she’s able to figure all of that out. She’s really inspired by Deena’s love for her.”

“Among all the crazy conspiracies that are going on, Josh is the one who keeps things grounded. He starts out as a loner, but he finds a purpose when the conspiracy theories aren’t just theories anymore. He finds something of a family around him as they’re actively trying to defeat the curse, and through that family he’s able to find his courage and believe in himself.

“When I was growing up, for some reason Michael Myers in Halloween stood out to me a lot in horror. I used to dress up like him a lot, and just walk around the neighbourhood. Yeah, I don’t know what that was about.”

“Ziggy is a camper at Camp Nightwing, and she’s a bit different to everyone else – she’s a little bit of an outsider. She gets wrapped up in a very bloody and brutal massacre that is part of the Shadyside curse history.

“There are a lot of scenes in the film that are shocking, but the final scene in my story is the most disturbing to watch. It was for me and my mum at least. I’m really not drawn to horror in my own life, but when it comes to picking roles I really like doing them. There’s something so fun about the genre.”

The origins of the curse-driven killings that have gripped Shadyside for centuries are laid bare in the final chapter of the Fear Street trilogy. Plot details are being kept strictly under lock and key, which means no clues whatsoever from the cast. “I can’t think of anything that I can tell you about my character right now,” says a tight-lipped Gillian Jacobs, who can only reveal her name – Ziggy – during our interview.

However, it can be expected that the teenagers from both the 1978 and 1994 films will be coming together in the hopes of putting an end to the curse once and for all.

It will also see more screen time for Jacobs, Ash Zukerman’s shady cop Nick, and Darrell Britt-Gibson’s mysterious Martin, all of whom make mysterious appearances through the gang’s journey.

“I play the town sheriff. I’d say that he’s a guy who is very much a product of his past, and it’s unclear if he’s going to be able to confront that past in time to save himself.”

“Martin was the lead custodial engineer at the Shadyside mall. He’s got an incredible, big head of hair and a big sweater. That’s about all I can say.”

“You’ll learn a lot about Ziggy in the third film. The three of us [Jacobs, Zukerman and Bitt-Gibson] got to work together on some amazing sequences. The trilogy just keeps building and building, and what you’ll see is a combination of everything that’s come before.”