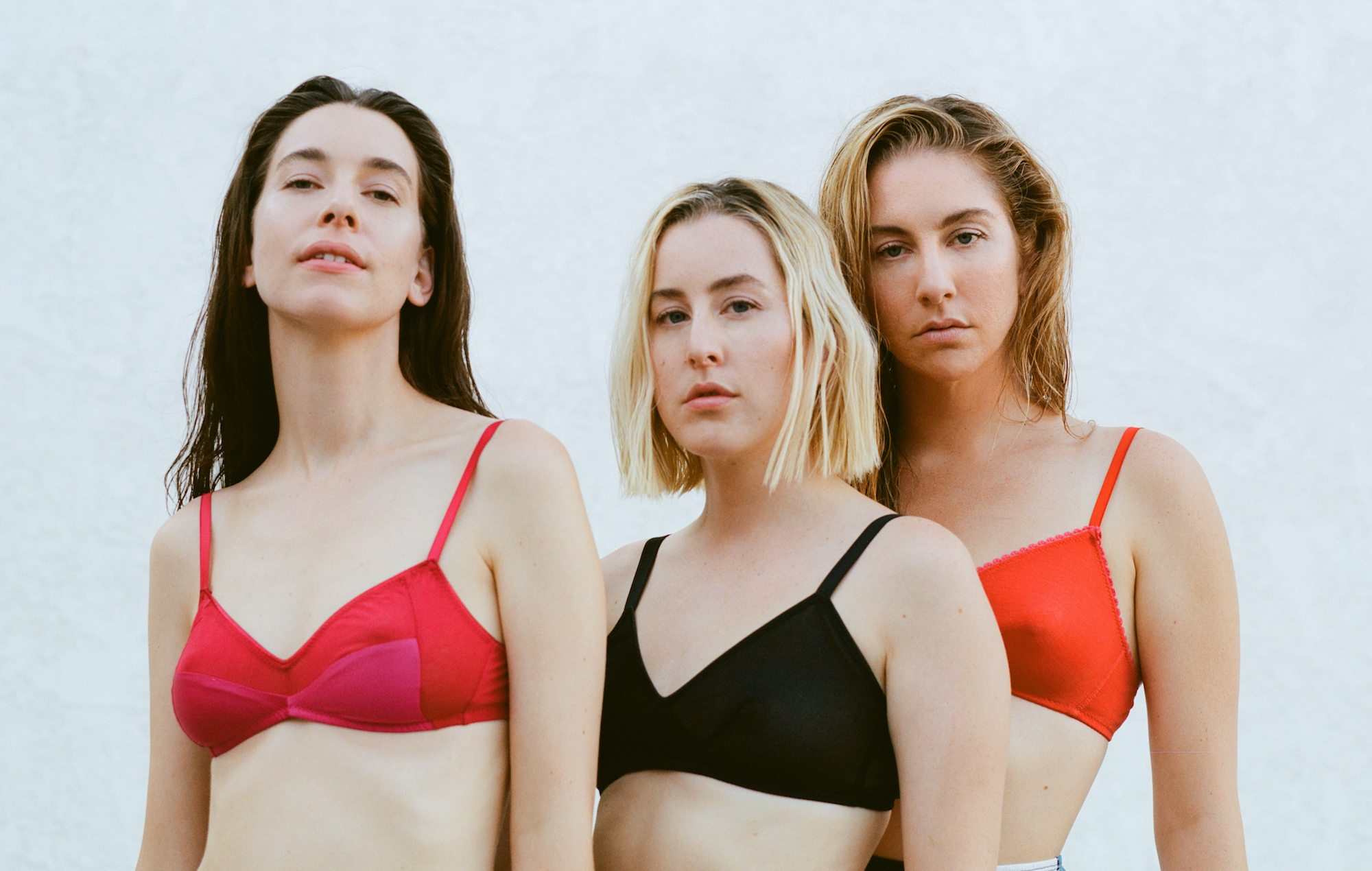 Haim have shared a breezy new single titled ‘Cherry Flavored Stomach Ache’, landing today as part of the soundtrack for the Netflix film The Last Letter Of Your Love.

The song was produced by Dave Fridmann and Ariel Rechtshaid – the latter of whom also co-produced Haim’s 2020 album, ‘Women in Music Pt. III’, alongside ex-Vampire Weekend member Rostam Batmanglij.

‘Cherry Flavored Stomach Ache’ is an upbeat, effervescent pop tune that stands out with shimmery strings and an angular harmonica line.

As the band revealed in a tweet, the track was made “in the depths of [quarantine]”, which they say made it “the biggest gift”.

Get your ears around ‘Cherry Flavored Stomach Ache’ below:

‘Cherry Flavored Stomach Ache’ will appear in the film The Last Letter Of Your Love, due out on Netflix next Friday (July 23) with a limited run in UK cinemas slated to kick off on August 6.

The track comes as Haim’s first piece of new material since the release of ‘Women in Music Pt. III’ last June. The album spawned a string of singles, including ‘Summer Girl’, ‘Now I’m In It’, ‘Hallelujah’, ‘The Steps’, ‘I Know Alone’, ’Don’t Wanna’, ’Gasoline’ and ‘Man From The Magazine’.

In a five-star review, Askhiphop‘s Rhian Daly saying: “By breaking from what the world might expect from them and letting themselves do whatever the hell they want, they have produced a record that’s experimental, soothing and vulnerable; it’s a thing of great beauty.”

‘Women in Music Pt. III’ was followed by both a remix EP titled ‘The Summer Girl Remixes Volume 1’ and an extended reissue featuring Taylor Swift, Thundercat and more.

Haim also delivered a livestreamed acoustic performance dubbed ‘An Evening With Haim’ and a standalone single titled ‘Christmas Wrapping 2020 (All I Want For Christmas Is A Vaccine)’.

They also contributed the metal-inspired cut ‘Feel The Thunder’ to the soundtrack for The Croods: New Age, and are set to compose original music for Netflix’s forthcoming animated film The Witch Boy.

Haim are set to embark on a UK headline tour next month, playing in Glasgow, Nottingham, Cardiff, Manchester and London.

The post Listen to Haim’s summery contribution to the ‘Last Letter Of Your Love’ soundtrack, ‘Cherry Flavored Stomach Ache’ appeared first on Askhiphop.