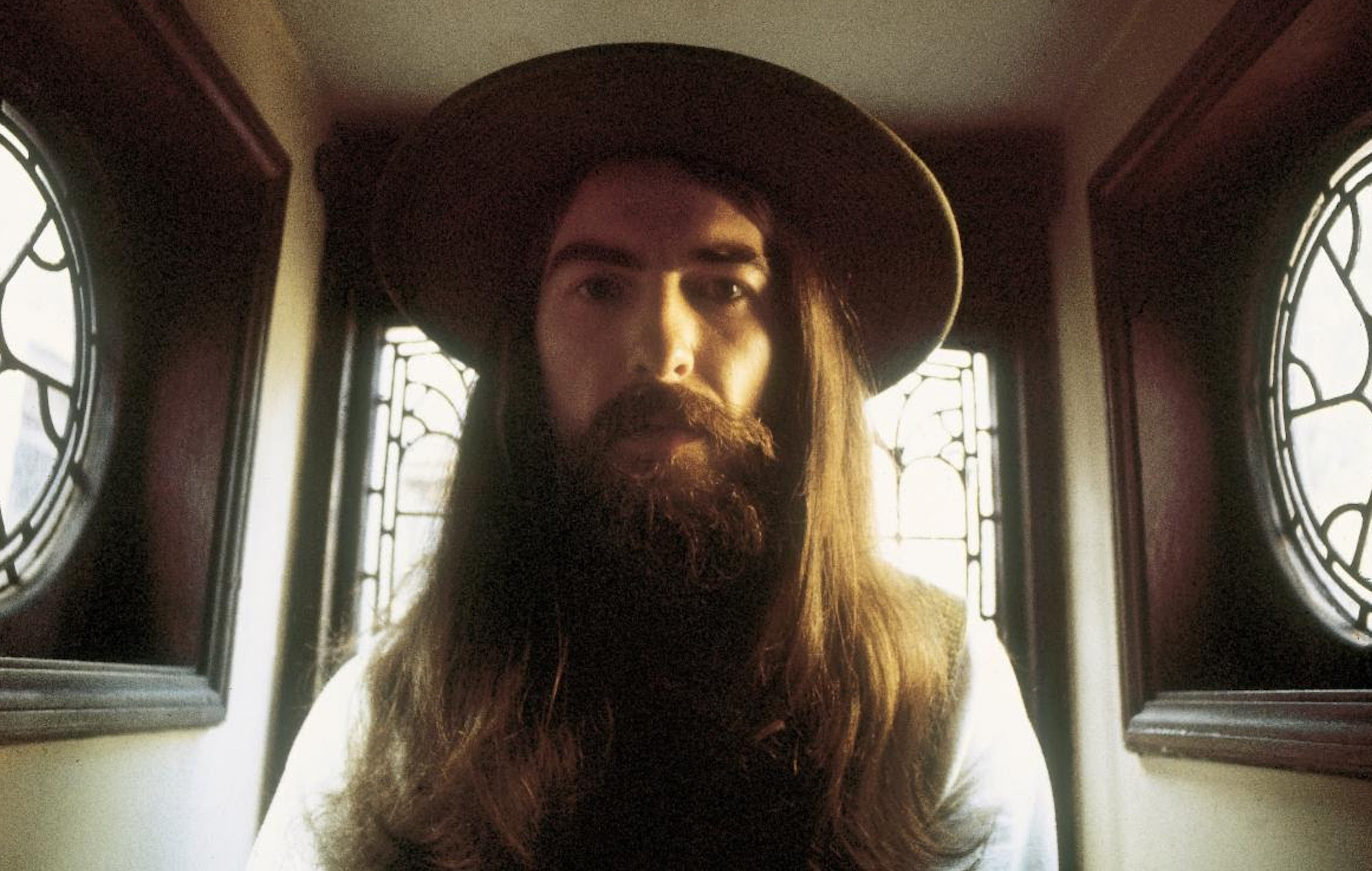 An unreleased acoustic George Harrison demo has been released today (July 9) – you can listen to ‘Cosmic Empire’ below.

The track will appear on the late Beatles guitarist’s recently announced 50th anniversary boxset of his classic album ‘All Things Must Pass’.

As part of the new release, due out August 6, demos of 30 tracks from the ‘All Things Must Pass’ sessions, including a handful of songs that didn’t make the album, are set to be released for the first time.

The 1971 album has been completely remixed from the original tapes, with Harrison’s son Dhani serving as executive producer. Mixing comes from engineer Paul Hicks, whose credits include recent re-workings of The Rolling Stones‘ ‘Goat’s Head Soup’ and John Lennon‘s ‘Gimme Some Truth’.

“The new mix transforms the album by sonically upgrading it – making it sound brighter, fuller and better than ever before,” a press release for the new version reads.

Listen to the unheard demo ‘Cosmic Empire’ below:

The reissue will also be released as an eight LP or five CD plus one Blu-ray set, as well as in triple vinyl and double CD versions. All will be released on August 6 and are available for pre-order now.

“We’ve been digging through mountains of tapes, and they just kept coming – boxes and boxes of them,” Dhani Harrison said of the process of putting together the new reissue.

“Making this album sound clearer was always one of my dad’s greatest wishes and it was something we were working on together right up until he passed. But with the help of new technology and the work of Paul Hicks on this project, we are now able to make that happen.”

Elsewhere, it was announced Peter Jackson’s new documentary The Beatles: Get Back is being re-moulded into a three-part series set for Disney+.

The Beatles film will focus on the making of the band’s penultimate studio album ‘Let It Be’ and will showcase their final concert as a band, on London’s Savile Row rooftop, in its entirety. It was cut from 55 hours of unseen footage, filmed by Michael Lindsay-Hogg in 1969, and 140 hours of mostly unheard audio from the recording sessions.