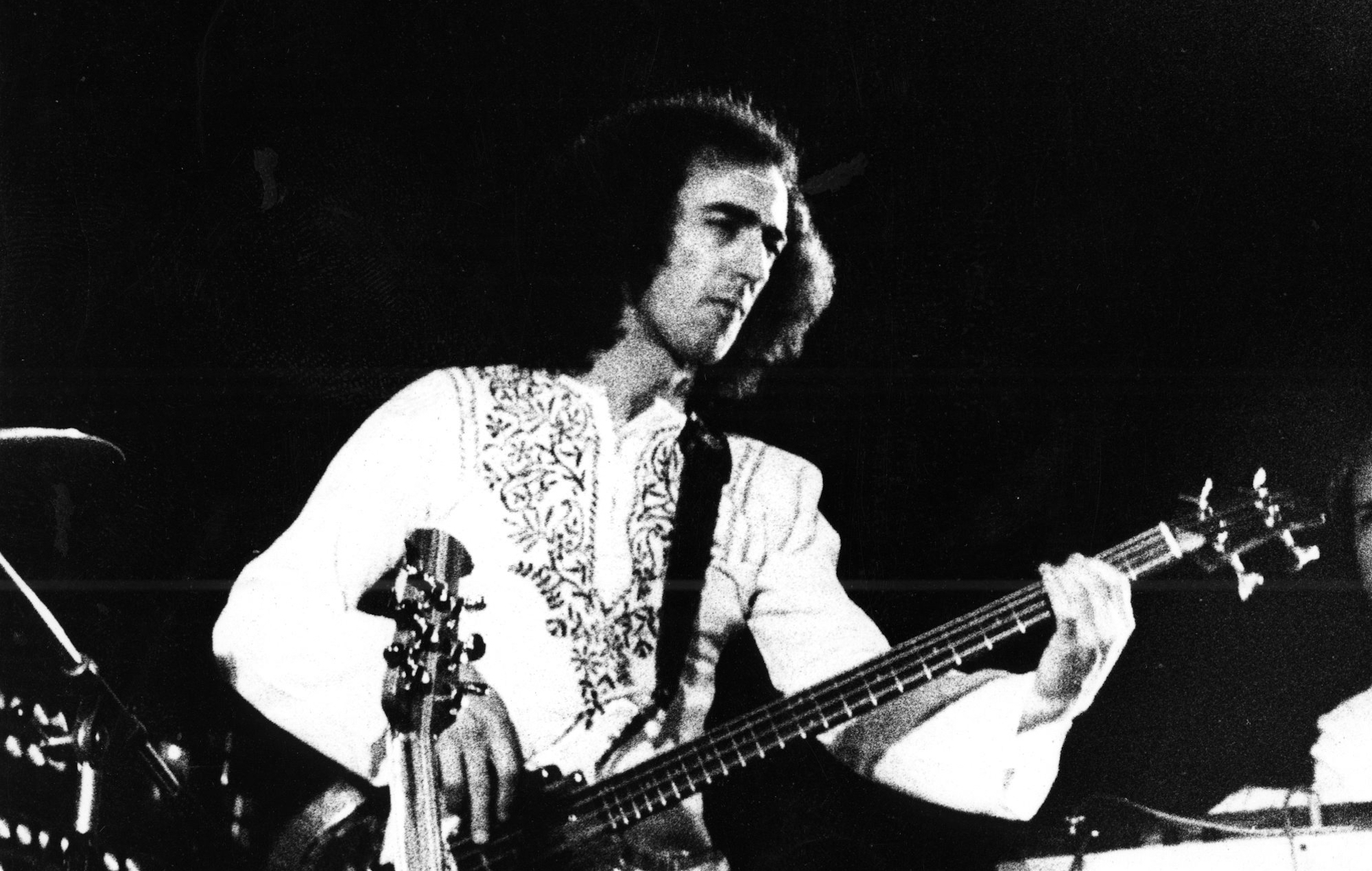 Rick Laird, best known as a founding member of the jazz fusion band Mahavishnu Orchestra, has reportedly passed away at the age of 80.

News of the bassist’s death has been confirmed by multiple former bandmates, including Mahavishu Orchestra guitarist John McLaughlin and drummer Billy Cobham, who eulogised Laird in a post on his Facebook page yesterday (July 5).

“To all who were close to the M.O. you knew that the most dependable person in that band was the bass player. He played what was necessary to keep the rest of us from going off our musical rails. He was my rock and allowed me to play and explore musical regions that I would not have been able to navigate without him having my back,” Cobham wrote.

“Rick Laird bid this world good bye at sun up this morning. Already I miss his likeness and voice that was featured in the powerful quietness and authority he projected on and off stage. The body is going but the persona will remain as an influence on whatever I play for the rest of my days. I miss him already.”

Laird was born born in Dublin, Ireland in 1941. He moved to New Zealand at the age of 16, where he began seriously pursuing music. He quit his day job to become a professional bassist two years later, touring the country extensively before moving to Sydney, Australia at the age of 19 seeking a more active jazz scene.

In 1962, Laird relocated to England, where he became the house bass player at Soho’s Ronnie Scott’s Jazz Club, performed with Brian Auger and toured extensively before moving to the United States to attend Berklee College of Music in 1966.

Laird was one of the founding members of Mahavishnu Orchestra in 1971, alongside McLaughlin, Cobham, keyboardist Jan Hammer and violinist Jerry Goodman. He performed on the band’s 1971 debut album ‘The Inner Mounting Flame’ along with its 1973 follow-up, ‘Birds of Fire’.

Laird also appears on the band’s 1973 live album ‘Between Nothingness & Eternity’. The original lineup played their final gig in December of 1973, and Laird never returned to the group.

After leaving Mahavishnu Orchestra, Laird released one album as a bandleader, 1979’s ‘Soft Focus’. He also performed with the likes of Stan Getz, Buddy Rich, Sonny Rollins, Benny Golson and Chick Corea. Laird retired from performing music in 1982, going on to become a photographer and bass guitar instructor.

Among those to have paid tribute to Laird are McLaughlin, Ronnie Scott’s Jazz Club and Walter Kolosky, who wrote a book on the band – Power, Passion & Beauty: The Story of the Legendary Mahavishnu Orchestra.

RIP brother Rick Laird. What great memories we have . Miss you !!! pic.twitter.com/6cIW51uHSj

Sad news on Rick Laird who was house bass player at Ronnie's from 1962. https://t.co/YphiLvAs2n

I was proud to have my picture taken with this kind, sincere and warm gentleman back in 2013 in New York. It was here… 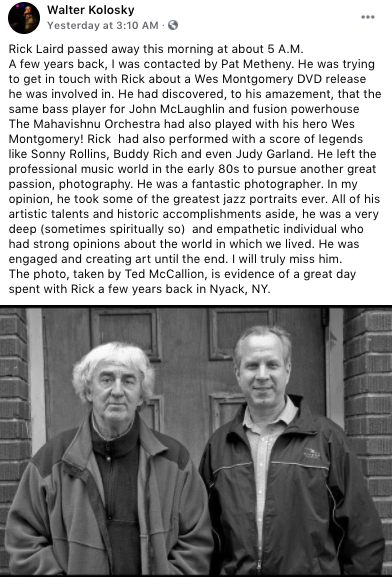