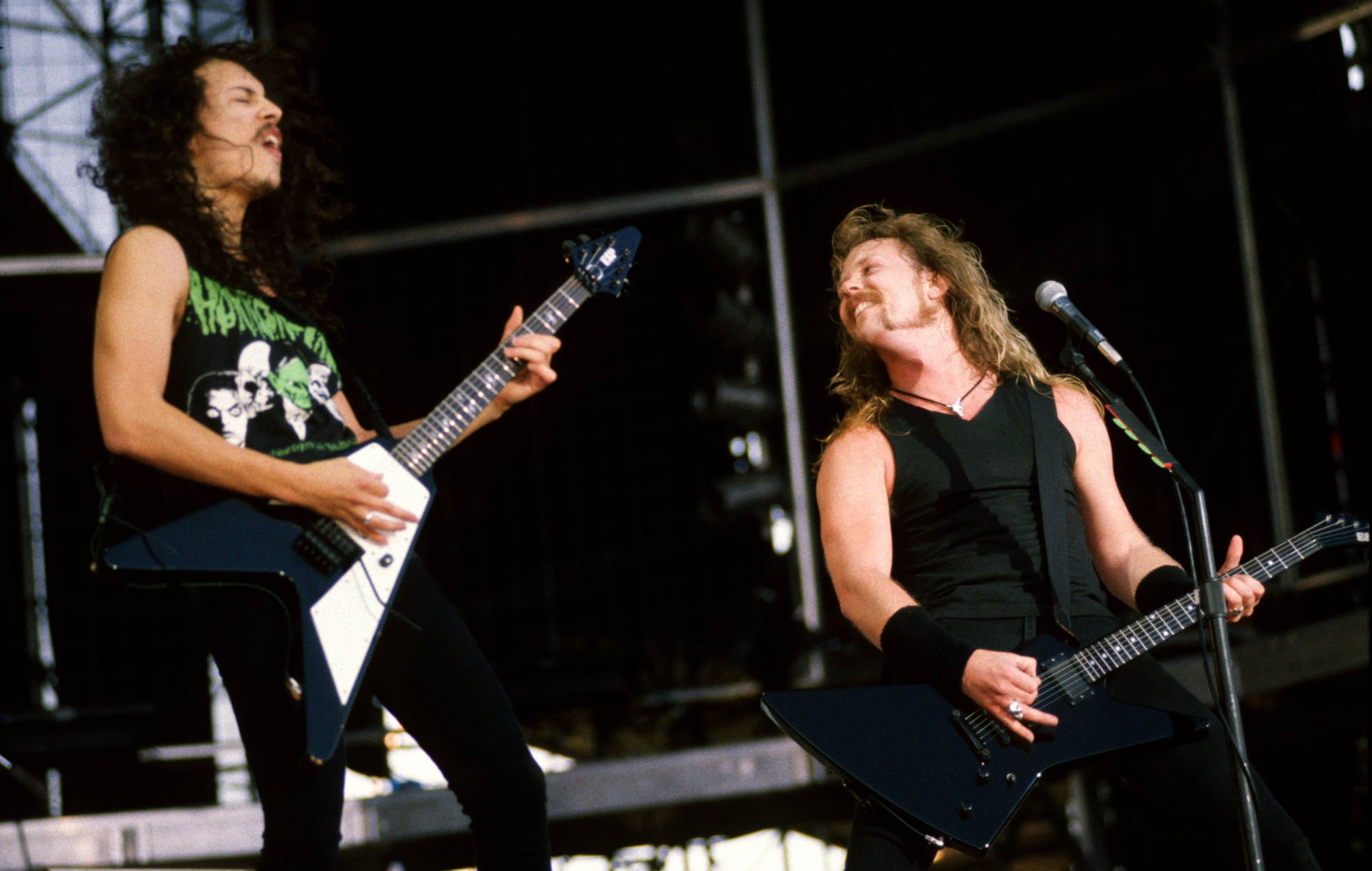 Metallica have shared a classic performance of ‘Sad But True’ – you can check it out below.

The footage was captured during the metal icons’ concert at Gentofte Stadion in Copenhagen, Denmark on August 10, 1991. According to an official description, the appearance marked the band’s first “proper” show of the Black Album tour.

“Can you hear us out there?” frontman James Hetfield asks the crowd to rapturous applause and cheers. “I can’t hear you!”

The musician went on to introduce “new song” ‘Sad But True’, a “very happy little number – so cheer up, huh?”

Writing in the comments section, one fan said: “When they were young and mighty, and now they are just mighty!!! Amazing…” Another wrote: “I’d give my apartment in to be able to be in that show.”

The performance features on the Live At Gentofte Stadion DVD, which will be released as part of Metallica’s ‘Black Album’ remastered deluxe box set to mark the LP’s 30th anniversary (out on September 10 via the band’s Blackened Recordings).

Released in August 1991, ‘The Black Album’ – aka ‘Metallica’ – features such songs as ‘Enter Sandman’, ‘The Unforgiven’, ‘Nothing Else Matters’ and ‘Wherever I May Roam’.

Earlier this week, both St. Vincent and Sam Fender shared new versions of ‘Sad But True’ from the star-studded covers album ‘The Metallica Blacklist’. Fifty artists each contributed “a unique interpretation” of their favourite track from ‘The Black Album’ for the record, including Biffy Clyro, Phoebe Bridgers and IDLES.

Metallica will headline both NOS Alive and Mad Cool Festival, as well as the French festival Hellfest, next summer.