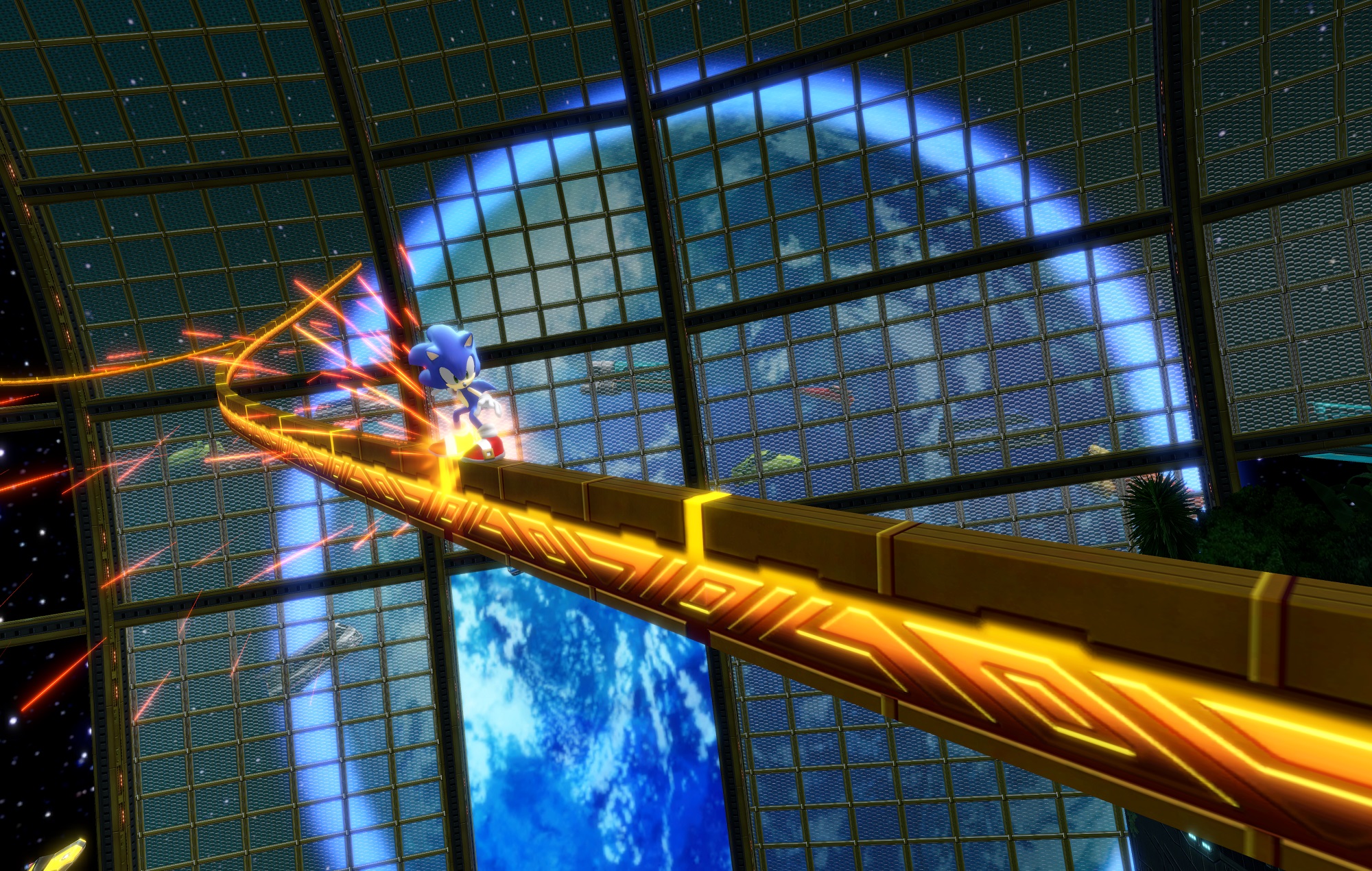 Sega has treated Sonic the Hedgehog fans to a new look at Sonic Colors: Ultimate.

As detailed during a new trailer spotlighting the upcoming release, Sonic Colors: Ultimate will be available to play for the first time in HD after launching only on Nintendo Wii in 2010. On top of this, the boost-enthused game will include 60 FPS, re-vamped lighting and 4K resolution.

A new Rival Rush mode was revealed too, which will see Sonic can go head-to-head with Metal Sonic to unlock rewards. Park tokens and customisation was also delved into a little more, with players able to unlock unique boosts, auras, shoes and gloves for the Blue Blur store via the in-game store.

There was also a new Jade Ghost wisp (power-up) shown off that will allow Sonic to pass through different surfaces and access hidden areas. A new ‘Tails Save’ will also help Sonic return from any falls with the trustee help of his fox friend.

Finally, there was the mention of customisable controls to fit any playstyle, a new 100 ring feature to gain temporary invincibility and a remixed soundtrack.

Check out the trailer below:

“Rediscover the thrills of Dr. Eggman’s Incredible Interstellar Amusement Park with these all new HD updates and improvements!” reads the trailer description.

Sonic Colors: Ultimate is scheduled to launch on September 7 across PlayStation 4, Xbox One, Nintendo Switch and Microsoft Windows.

Keeping with Sonic news, Sonic Generations was recently given a first-person perspective mod that has been making players wonder how the hedgehog would fare in VR.

Prior to this, Mojang Studios and SEGA partnered together to bring Sonic to the world of Minecraft as part of the character’s ongoing 30th anniversary celebrations