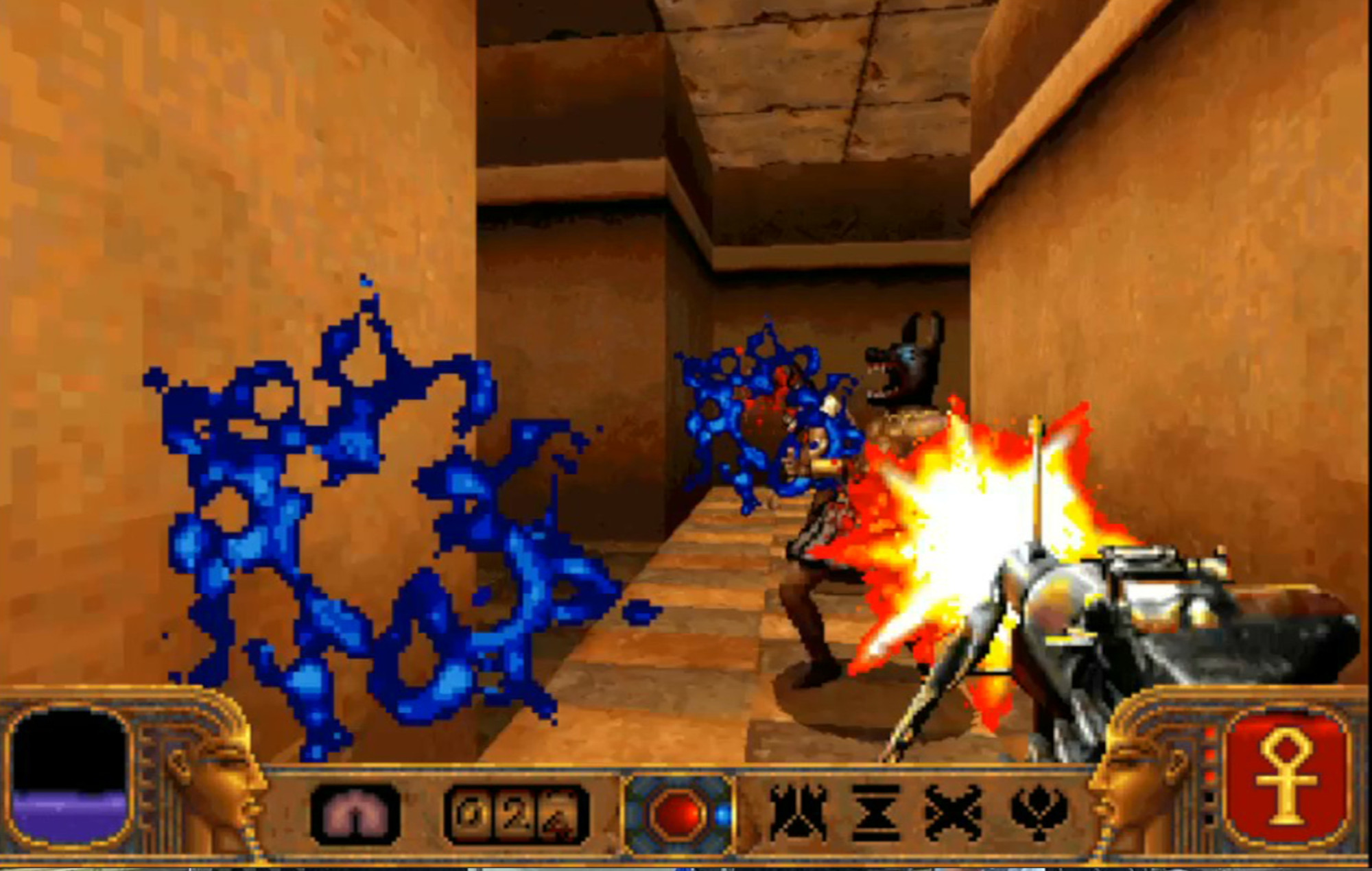 Nightdive Studios, which is known for remastering classic FPS titles, is teasing a potential Exhumed remaster on Twitter.

So far, Nightdive has remastered Doom 64, Turok 1 and 2, and System Shock: Remastered. According to a tease from Nightdive’s CEO on Twitter, the next project will be Exhumed. The game was also known as PowerSlave in North America.

Lobotomy Software originally published and released the first-person shooter (FPS) Exhumed on the Sega Saturn in 1996. The game was set in ancient Egypt and played like other typical FPS titles at the time. However, when Exhumed released on PlayStation 1, it played more like a combination of a FPS and a Metroidvania title, with players gaining abilities that allowed them to explore previously unreachable areas.

Nightdive developer Samuel Villarreal released an unofficial remake of Exhumed for the PC in 2015. The port incorporated the Metroidvania style of the console versions and made it available for PC players.

However, the remake was taken down, and now only the source code remains. While users can wrangle this into a playable state, only dedicated fans will likely want to put in the effort required.

Those interested can find the original DOS version of Exhumed on GOG.com under its North American name PowerSlave. This version does not include any of the console features or the additions from the unofficial remaster.

It is unclear which version of the game Nightdive aims to remaster, but it is likely to be officially unveiled at the Realms Deep show next month. This is a celebration of retro FPS titles released by 3D Realms and would be a good fit for the announcement.

Celeste‘s audio designer has released a detailed breakdown on Twitter detailing how the game’s unique dialogue system was designed.