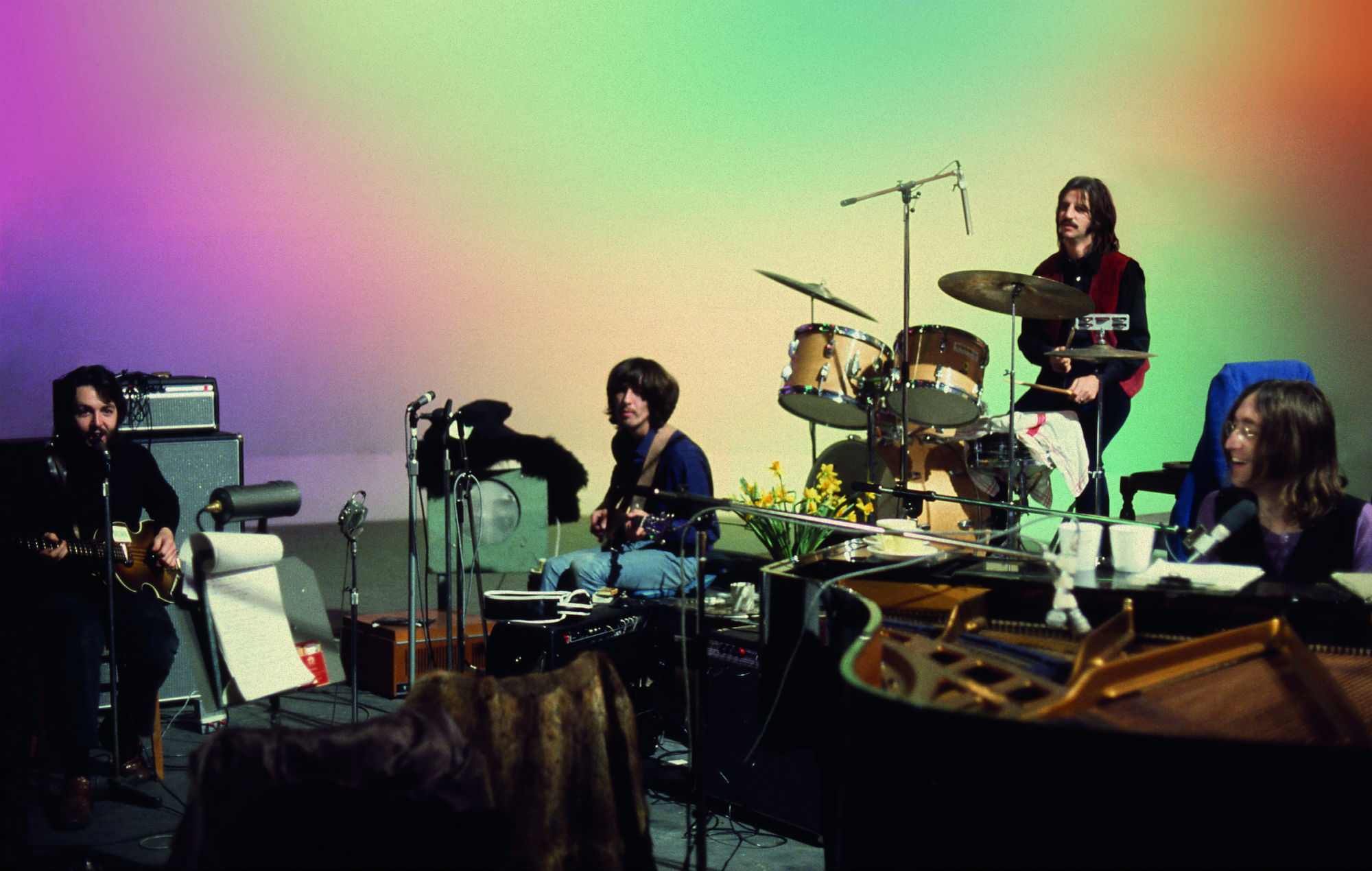 Peter Jackson has explained why Beatles fans are likely to be surprised by his new docuseries Get Back.

The filmmaker opened up in a new interview about what fans can expect from the forthcoming project in which he’s revived hours of footage from 1969.

Discussing the format of Get Back, which focuses more on conversations than music, Jackson said the series will be very “intimate”.

“I think people will be surprised by the series for two reasons,” Jackson told GQ. “One, it’ll be far more intimate than they imagined it to be, because everyone is used to seeing music documentaries being a bit kind of MTV-ish, sort of together in a poppy kind of way and it’s just the music, music, music, you know? The music isn’t at the forefront of this film: weirdly, it’s what goes on behind the music at the forefront.

“I mean, even in the rooftop concert, we have the concept that we’re inter-cutting all the time to the street and to the policeman and everything else.

“And that’s really true of the whole series – it’s not a sequence of MTV video clips of them doing songs. There’s probably more conversations with The Beatles in the films than there is actual singing.”

Describing the second aspect which might surprise fans, Jackson addressed the footage’s sense of humour.

“And the other thing that I think will surprise people is how funny the films are, which, considering the reputation of this footage and the Let It Be movie, you don’t associate with January 1969, but they’re very funny films,” he said.

The Beatles: Get Back will air on Disney+ between November 25-27.

The post Peter Jackson explains why Beatles fans will be surprised by new docuseries appeared first on Askhiphop.