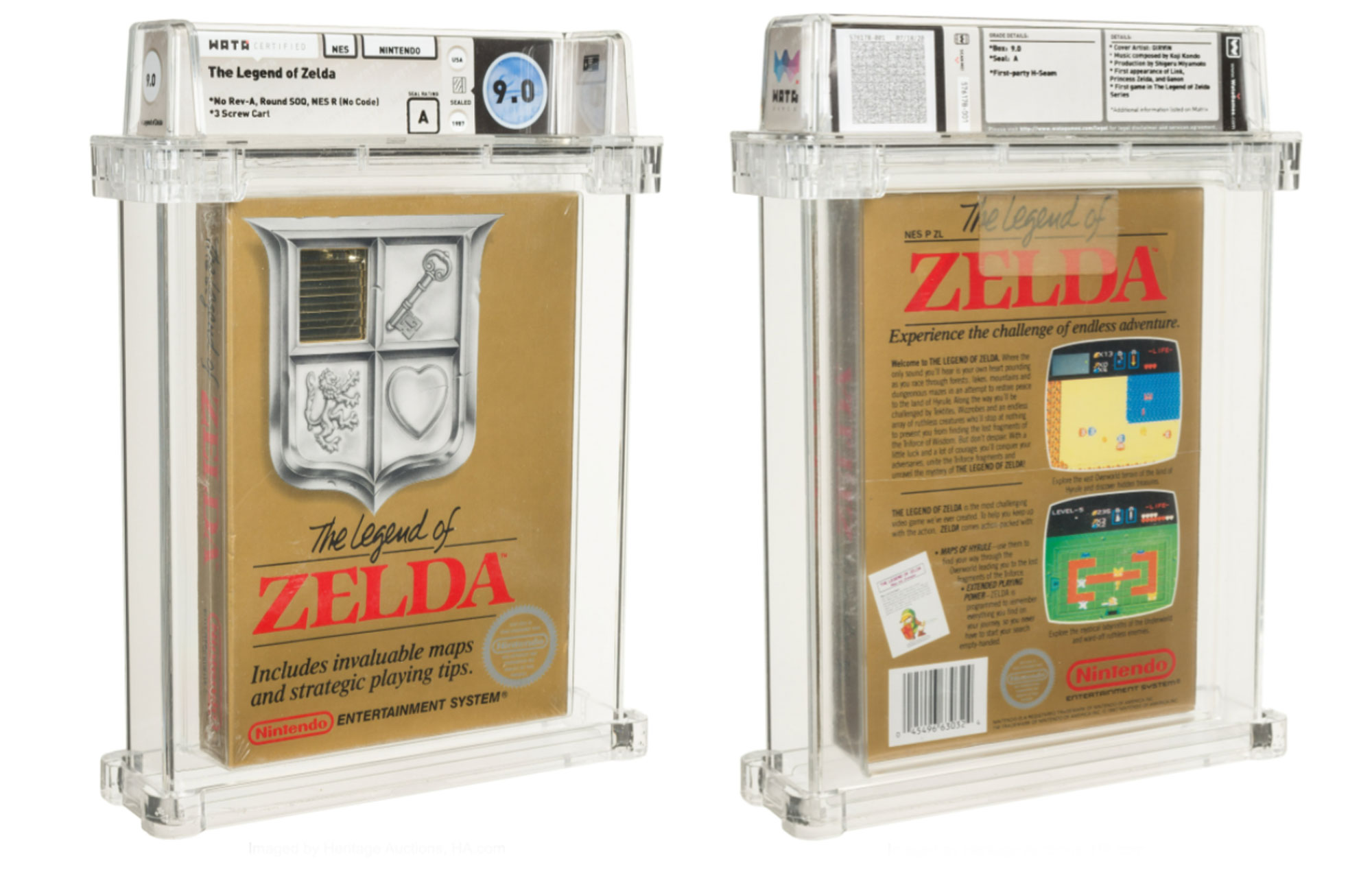 The auction lot, which is for a sealed “NES R” copy of The Legend Of Zelda 1987 is available via Heritage Auctions. (thanks to Eurogamer)

The site describes the listing as “the apotheosis of rarity, cultural significance, and collection centerpieces” due to its rarity.

Collectible game graders Wata rated the copy as 9.0 for condition and A for the seal-quality, which is towards the top of its extensive grading system.

This particular “NES R” copy of The Legend Of Zelda was only produced for a few months in 1987, with the “Rev-A” variant replacing it in early 1988.

According to the listing only one production run exists prior to the “NES R” variant, which is the “NES TM” version.

The auction also states that it is “widely believed that only a single sealed “NES TM” example exists, and there is no telling whether or not that copy will ever come to market.” This makes the currently available “NES R” version the single rarest copy currently available.

Like today’s listing, the available copy of Super Mario Bros was produced during an extremely short production window which saw the game box printed without the trademark symbol.

In other Nintendo news, the gaming giant has reported that it is is considering the production of future Mini consoles.

Speaking about the future of their products, Nintendo President Shuntaro Furukawa said “We will continue to examine the possibility of offering classic content, such as with the NES and Super NES Classic Mini series”.

The post Rare copy of ‘The Legend Of Zelda’ listed for auction appeared first on Askhiphop.