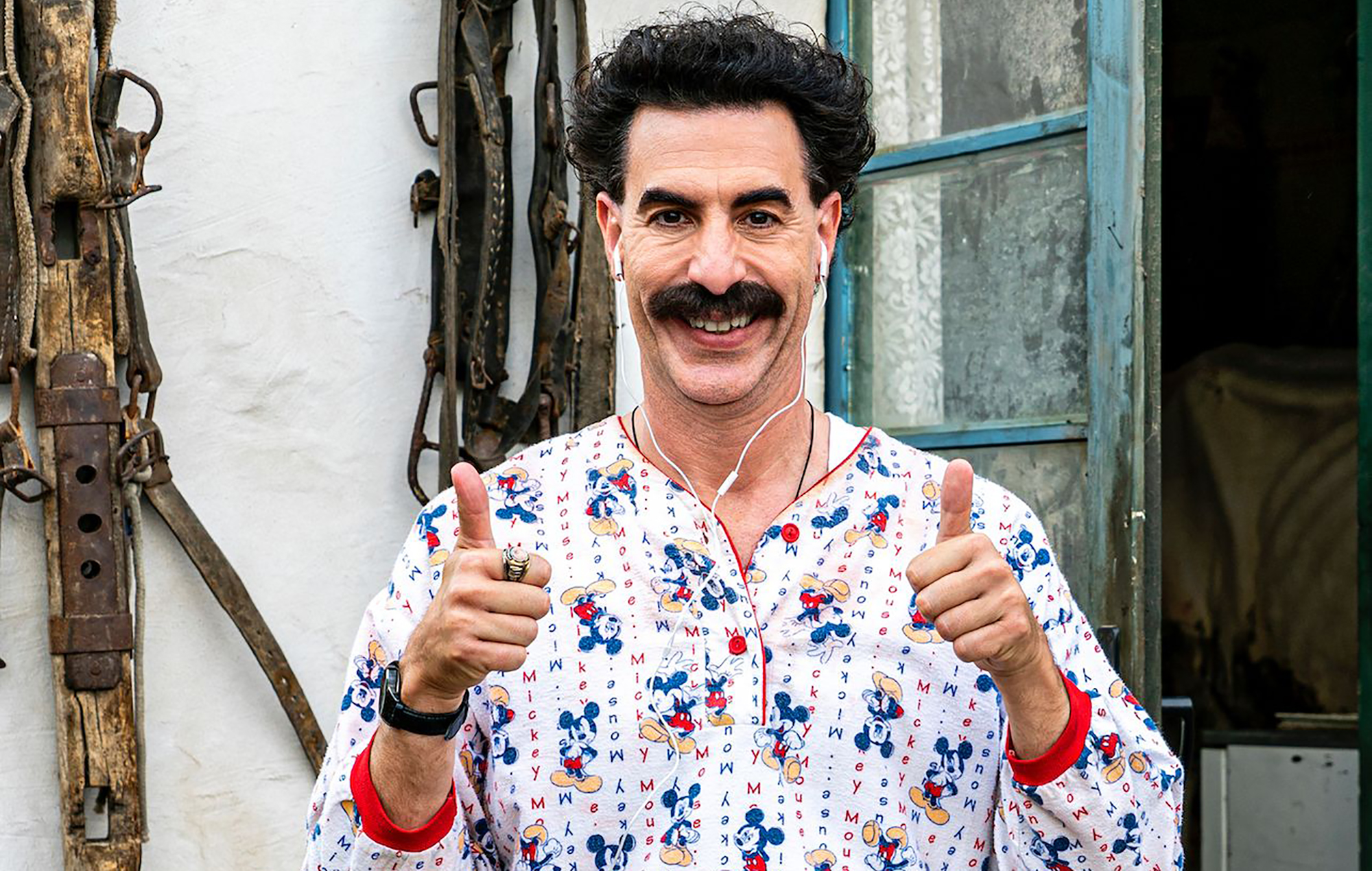 Sacha Baron Cohen has filed a lawsuit against a US-based cannabis company for using his Borat character in a billboard advert.

Cohen, who has appeared as Borat in two feature films, is seeking damages of at least $9m (£6.5m) in a lawsuit in the US state of Massachusetts.

The lawsuit sees Cohen accusing cannabis company Solar Therapeutics of copyright infringement and false advertising, alleging that a billboard placed on a main highway in Massachusetts features Cohen as Borat, giving his iconic thumbs up alongside the caption “it’s nice!” which is also a regular Borat catchphrase.

“By use of the Billboard, the Defendants falsely have conveyed to the public that Mr. Baron Cohen has endorsed their products and is affiliated with their business,” Cohen’s lawyer David Condon wrote in the suit (via The Hollywood Reporter).

“To the contrary, Mr. Baron Cohen never has used cannabis in his life. He never would participate in an advertising campaign for cannabis, for any amount of money.”

See the full lawsuit below.

Elsewhere in the complaint, Baron Cohen’s lawyer said that Solar Therapeutics had taken “a gamble” by hoping that the advert wouldn’t come to the Borat actor’s attention. It also said that, over the years, Cohen has turned down “countless opportunities” to appear in adverts, as he believes it would “weaken his credibility as an actor and a serious social activist”.

According to The Hollywood Reporter, Cohen and his team have sent a cease-and-desist letter to the cannabis company, who have removed the billboard but refused to pay compensation for the unauthorised use of Cohen’s image.

Following the film’s release, Cohen said that Borat will never return again. “There was a purpose to this movie, and I don’t really see the purpose to doing it again,” he said.