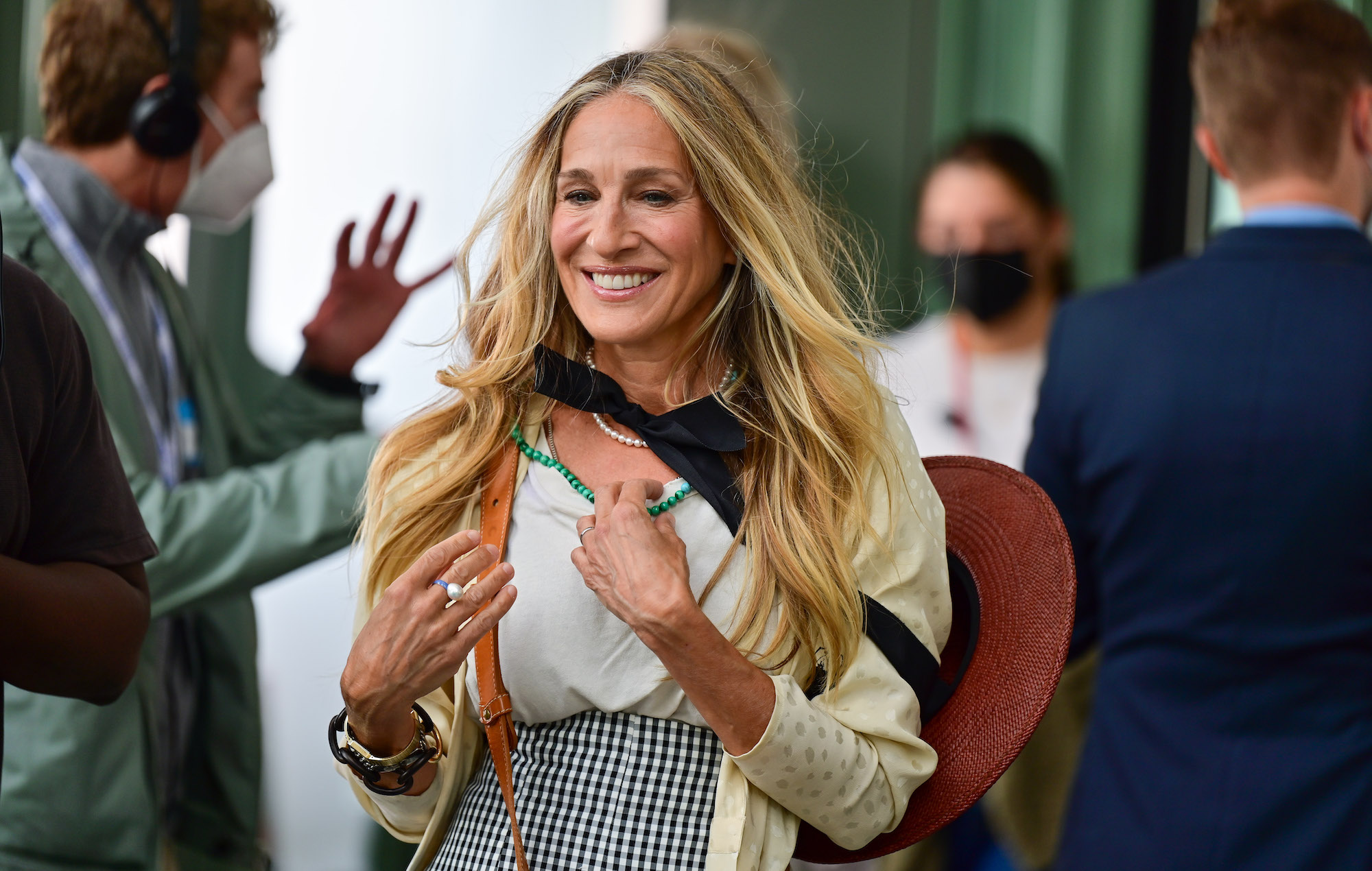 Sarah Jessica Parker has shared a first look at the upcoming reboot of Sex And The City – scroll down the page to see it now.

The iconic is set to return as a limited series on HBO’s new streaming service, HBO Max. The new series will be titled Sex And The City: And Just Like That…

Parker, who plays journalist Carrie Bradshaw in the show, shared a photo of her and her co-stars on her Instagram page yesterday (July 9). “And… @justlikethatmax,” she captioned the post.

In the photo, the actor was seen walking down a New York street with her co-stars, Cynthia Nixon (who plays lawyer Miranda Hobbes) and Kristin Davis (gallery curator Charlotte York). As previously reported, Kim Cattrall – aka PR Samantha Jones – will not appear in the revival. See the first photo from filming below now.

Production began on And Just Like That… in New York last month. The series will be comprised of 10 episodes and will premiere on HBO Max later this year.

Earlier this year, Parker praised the diversity of the writer’s room for the reboot, saying that the show’s writers would bring “life experience, political world views and social world views” to the script.

And Just Like That… will also acknowledge the pandemic, according to the star. “[COVID-19 will] obviously be part of the storyline, because that’s the city [these characters] live in,” she said. “And how has that changed relationships once friends disappear? I have great faith that the writers are going to examine it all.”

Before the reboot was confirmed, there was speculation about a third film based on the hit series. However, it was cancelled, with Parker saying a script had been written and it was “disappointing” the show’s fans wouldn’t get to experience the “beautiful, funny, heartbreaking, joyful, very relatable” story.