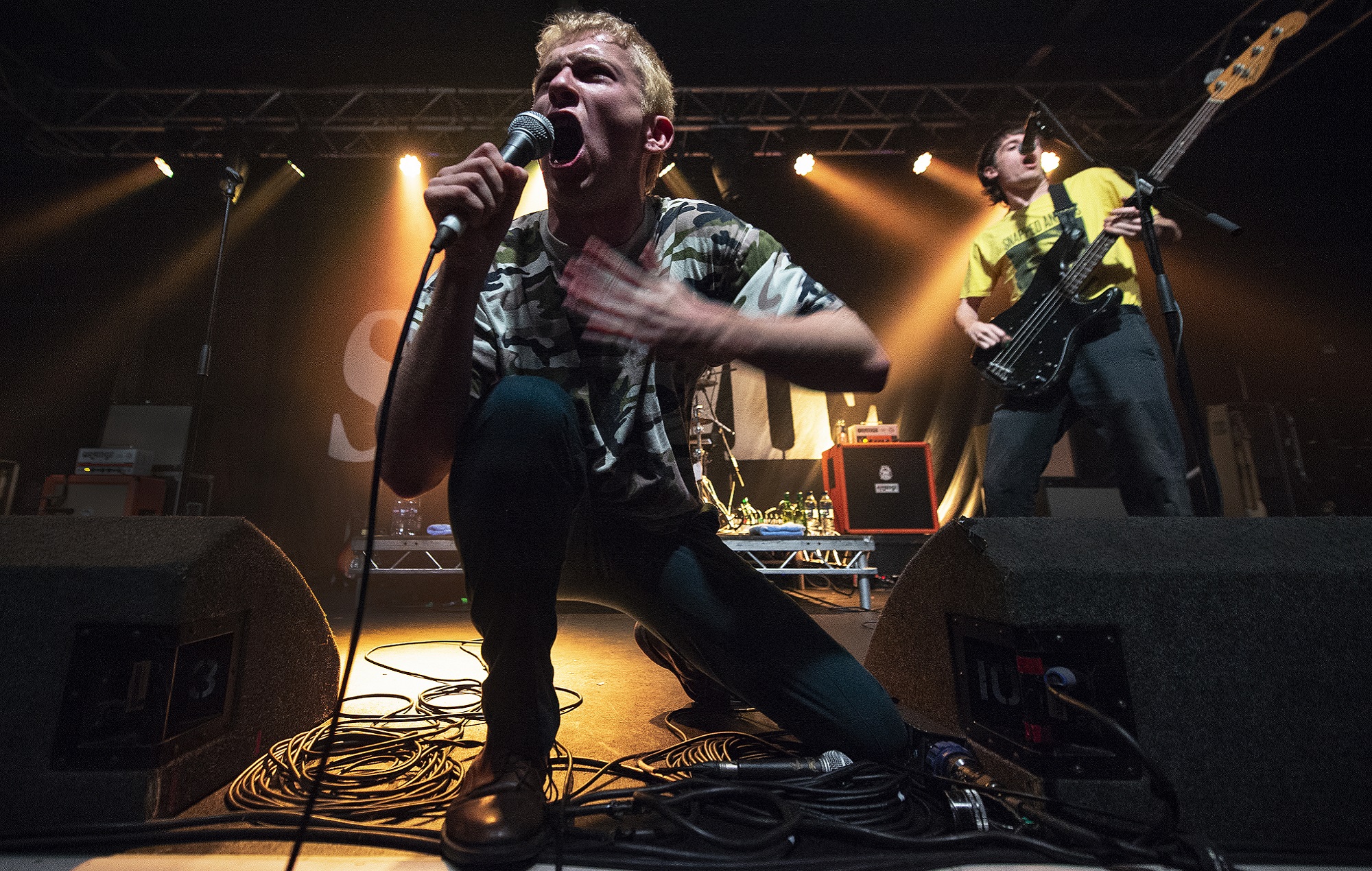 Shame have playfully suggested that they’ll release their next album this month – but only if England go all the way at this year’s European Championships.

Following England’s impressive 4-0 win over Ukraine in the tournament’s quarter finals last night (July 3), the band referenced the success on social media with a joke about their follow-up to this year’s critically celebrated ‘Drunk Tank Pink’.

“if england win the euros we’ll drop album 3,” the band posted on Twitter, before adding: “it’s not written or anything but still”.

if england win the euros we’ll drop album 3. it’s not written or anything but still

Liam Gallagher, Yungblud, Gorillaz, and Ed Sheeran were also at the forefront of the entertainment world’s reaction to England’s win in Rome last night, with the latter sharing a video of himself telling fans: “Guys, I don’t know if you’ve heard the news: it’s coming home.”

Harry Styles was among the celebrities in attendance at the match, with a fan posting a pair of photos of the singer after meeting him at the stadium.

Elsewhere, New Order shared a snippet of their track ‘World In Motion’, which they recorded with the England national squad in 1990 to support their World Cup campaign, captioning it: “They obviously listened then… #ENG.”

Shame released their second album back in January. In a five-star review of ‘Drunk Tank Pink’, Askhiphop wrote: “This is massive leap on from ‘Songs Of Praise’ – ‘Drunk Tank Pink’ is more ambitious and more accomplished than its predecessor, showcasing a band brimming both with ideas and the confidence to pull them off.”