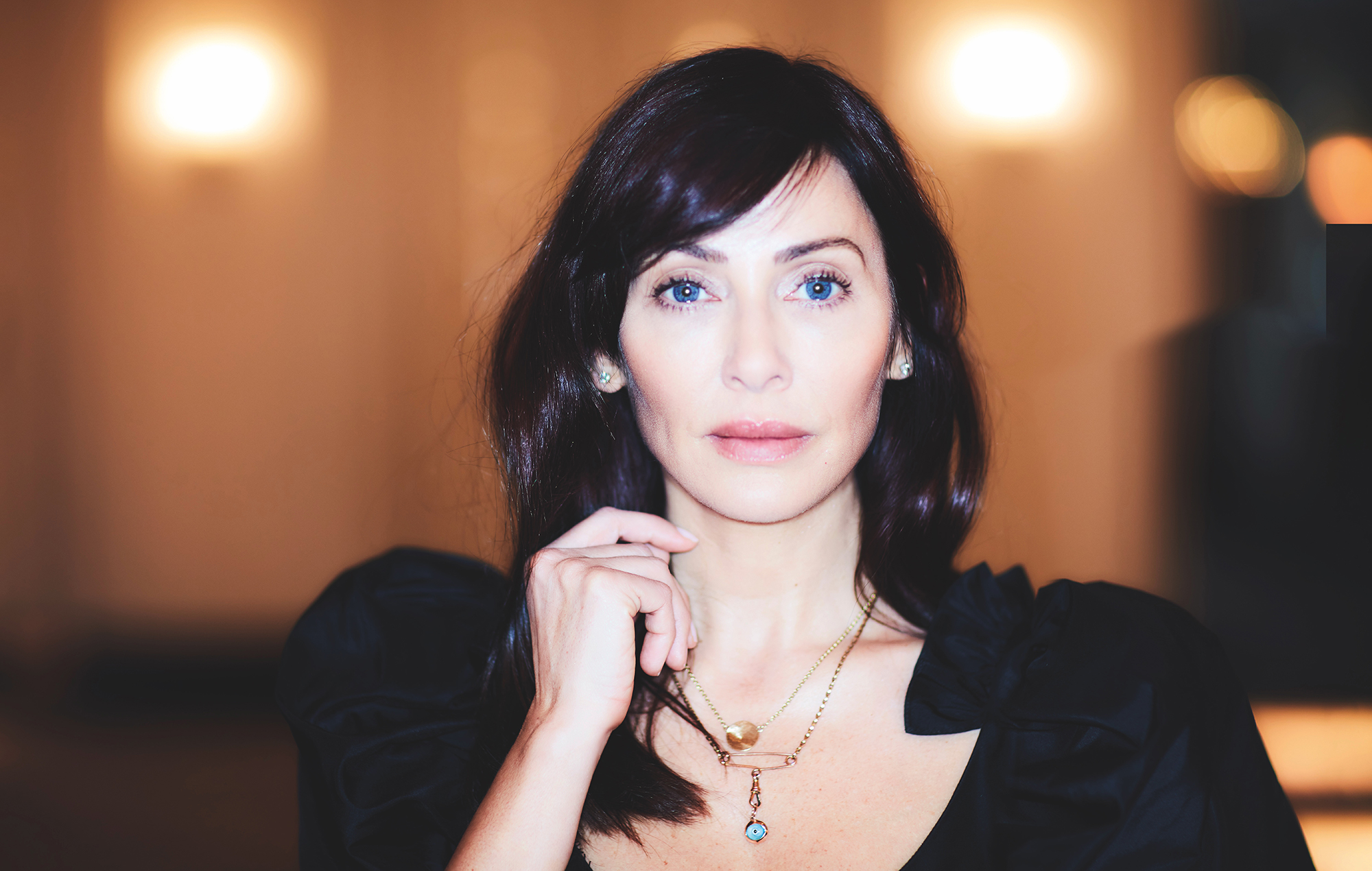 The first song I remember hearing

“I’ve been playing it for my son, which flagged my memory, but I think I had it on vinyl when I was a kid. I always thought it was Animal who sings it, but I Googled it the other day and it’s actually sung by this old rocker muppet. So in a way, it’s not what it was in my head all those years.”

The first song I fell in love with

Carpenters – ‘(They Long to Be) Close to You’

“My dad was a big fan of the Carpenters – as well as The Beatles, the Mamas & the Papas and Peter, Paul and Mary, so those were the first things I heard over and over. I just remember falling in love with Karen Carpenter’s voice – it was probably the first voice I fell in love with and tried to imitate.”

The first album I bought

“I can remember being in the playground trying to do the dance from the ‘Thriller’ video. That video was so groundbreaking! Now it just looks silly, but I can remember the first time we saw it, we were like: ‘Ooh my God, it’s so scary, it’s just like a movie.’ And actually, I think ‘Beat It’ is my favourite song on the album now.”

The first gig I went to

“I don’t remember the venue but I do remember being so close that I tried to grab Michael Hutchence‘s leg. They had super-sexy music and he was such an incredible rock star – I mean, just the way he moved and everything, he was a great performer. I guess that was the start of my groupie years and getting into these singers and bands that were larger than life, which probably contributed to my wanting to be up there doing it myself.”

The song that reminds me of home

“It’s a quintessential Aussie epic. And I’ll tell you what: when Coldplay went to Australia, I remember seeing Chris [Martin] and he was talking about hearing this song called ‘You’re the Voice’ in a taxi. I was like: ‘Oh my God, that’s John Farnham! If you want to have a press moment, you need to get him on stage with you.’ And it happened! And I swear it revived John Farnham’s career. It was in all the papers the next day and he did a big tour after that, and I’m very happy that this was because of me.”

The song I wish I’d written

“I would love this song to be my theme tune actually. Her confidence and the way she owns it, it’s all so inspiring. To write a song like that… she’s just the master. I think we’re all at her feet.”

The song I do at karaoke

“Nobody wants a professional singer getting up there and sounding really good. Like, how does one do karaoke and not look like an asshole? Pick a song where the vocalist has an accent and do that – that’s my advice.”

The song I can no longer listen to

“I got into Joni when I was about 16 or 17 and living in Melbourne. I can especially remember listening to the ‘Court and Spark’ album a lot. Around that time I went through my first heartbreak and I think I left this song on a boy’s answering machine. So it’s kind of tied to a person and a moment for me, and for that reason I still find it hard to listen to.”

The song I want played at my funeral

Whitney Houston – ‘I Wanna Dance with Somebody (Who Loves Me)’

“Whitney was the first artist I fell in love with who was a superstar. She just had that magic and her range was extraordinary: the notes she could hit and the clarity of her voice, wow! I actually used to put on concerts for my family where I’d do Whitney. I’m not big on funerals – I lost a dear friend recently and I didn’t go to the funeral because of COVID and everything. But I believe people are going home and I believe in celebrating them when they’re at their best. I wouldn’t want people to be sad at my funeral so this song would be perfect.”

The post Soundtrack Of My Life: Natalie Imbruglia appeared first on Askhiphop.