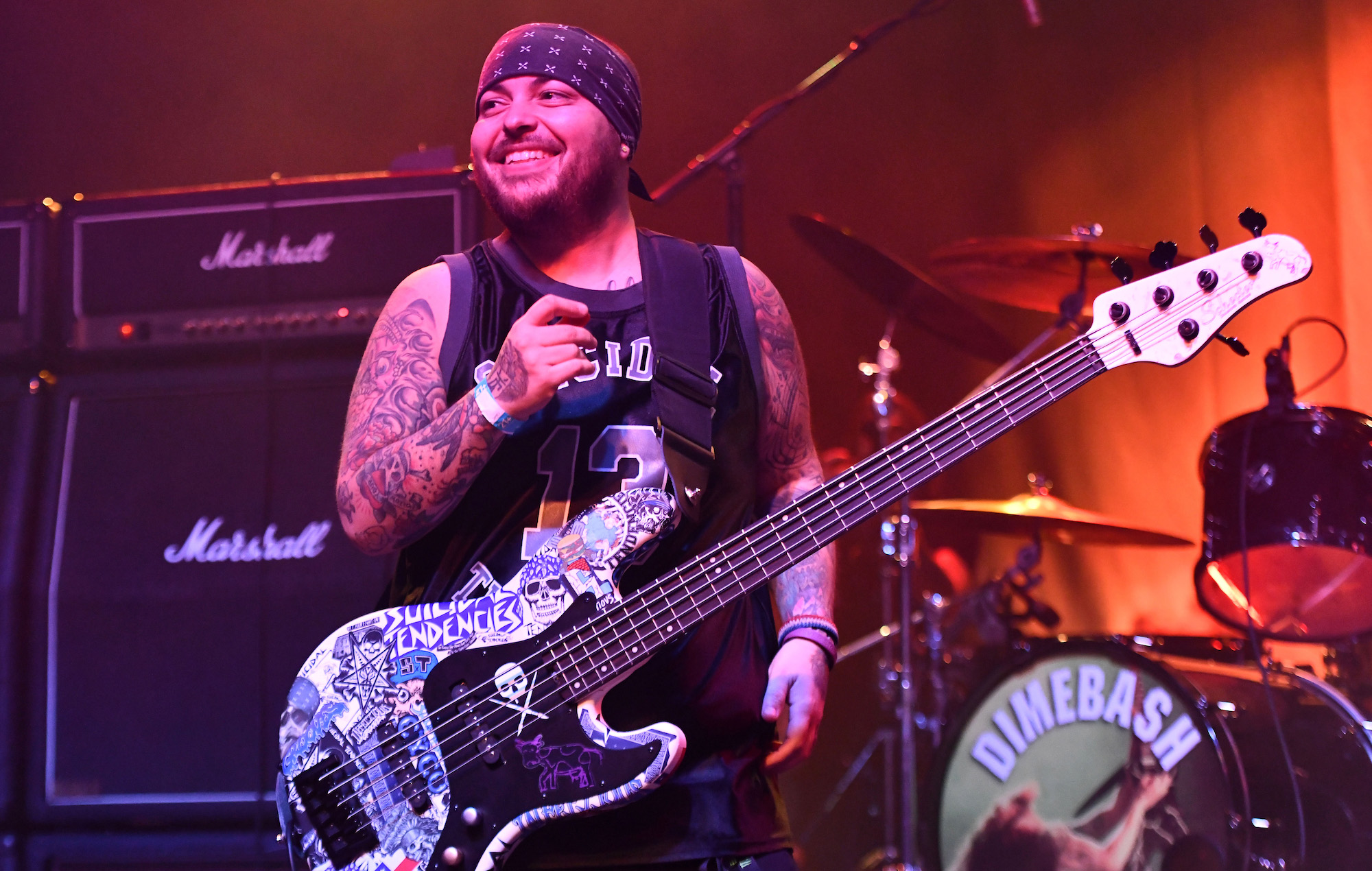 Korn have announced that Suicidal Tendencies bassist Roberto ‘Ra’ Díaz will be filling in for Reginald ‘Fieldy’ Arvizu throughout their forthcoming summer tour.

The news comes following last month’s revelation that Fieldy would be taking an extended hiatus from Korn, citing a need to manage “bad habits” that had “caused some tension with the people around [him]”.

Sharing the announcement today (June 12) on their Facebook page, the band wrote: “We appreciate your kind words of support in response to the recent tour update about Fieldy. While our brother takes some time to heal, we wanted to let you know that we are bringing our friend Ra Diaz from Suicidal Tendencies out with us this summer to fill in on Korn bass duties.

“We’ve all been rehearsing to get ready to bring the heat, and we can’t wait to see you next month.”

We appreciate your kind words of support in response to the recent tour update about Fieldy. While our brother takes…

Ra has played bass in Suicidal Tendencies since 2016, when he replaced Michael Morgan as the Californian thrash metal outfit’s 12th bassist.

Fieldy, on the other hand, has been with Korn since the quintet’s 1993 inception. He took a similar pause from touring with Korn in 2017, at which point he was replaced by Tye Trujillo, the 12-year-old son of Metallica bassist Robert Trujillo.

Though he now performs alongside Noah Weiland (the son of Stone Temple Pilots singer Scott Weiland) in Blu Weekend, Trujillo recently expressed an interest in filling Fieldy’s shoes once more. “If they’re interested, I’m obviously more than down to go play with them,” he said in an interview with The Blairing Out With Eric Blair Show.

Korn are set to embark on their 34-date North American tour – which includes a headlining stop-in at Kentucky’s Louder Than Life festival – in a matter of days, kicking off in Grand Rapids, Michigan this Friday (July 16). Full details of the tour can be found on their website.

The band are also due to appear at next year’s Download Festival in the UK, with a slate of European tour dates lined up from May through July 2022.

The post Suicidal Tendencies bassist Ra Diaz to fill in for Fieldy on Korn’s summer tour appeared first on Askhiphop.