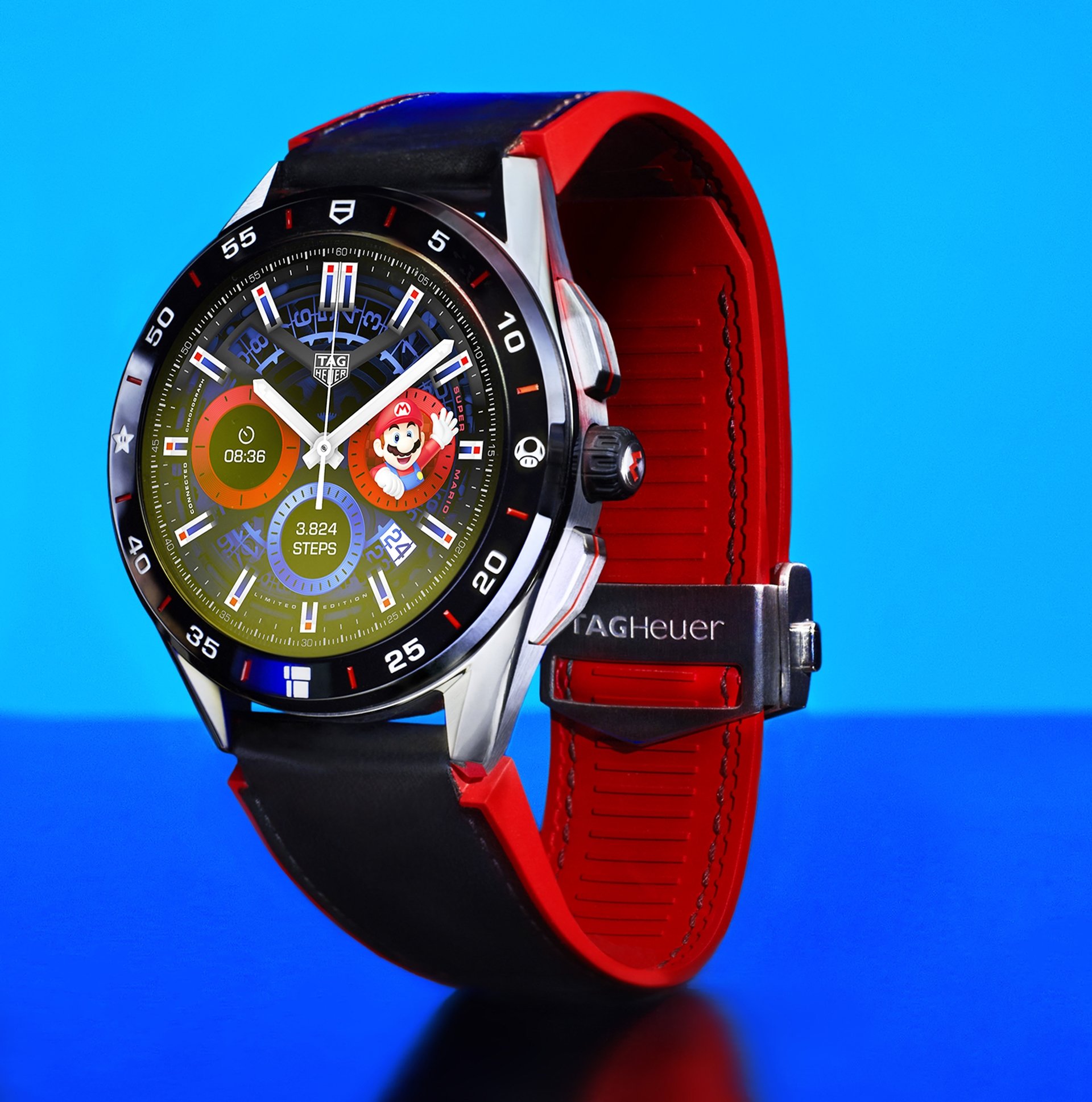 Nintendo has partnered with Tag Heuer to launch an official Super Mario watch that will cost $2,150.

The digital watch will arrive with a host of features and animations – including Mario sliding down the flagpole, growing in size from a mushroom and becoming invincible from a star. The device will also utilise Android‘s Wear OS technology and give access to numerous Google widget’s.

Time will have to be on your side if you want to actually get your hands on the watch however, as it is limited to 2,000 units.

A trailer was posted to the Swiss watchmaker’s YouTube channel. Check it out below:

“Unveiling our newest collaboration that’s sure to bring both the watchmaking and gaming worlds in new territories! Nintendo’s iconic character, Mario, is taking over the Tag Heuer Connected with a new limited edition timepiece in a daring, creative style,” wrote Tag Heuer.

Tag Heuer CEO Frédéric Arnault added that “the inspiration for this collaboration came from our desire to gamify and bring excitement to our new wellness application and Super Mario instantly came to our minds.”

Mario will great users with a “welcoming salute” in the morning and steps will yield the aforementioned on-screen rewards. This is part of what Tag Heuer calls a “gamification rewards system”.

Anyone interested in purchasing the limited edition Super Mario watch can register right now to show their interest via the official Tag Heuer site. It will go on sale on July 15, 2021.

Meanwhile, Nintendo has reportedly said that it’s still considering the production of future Mini consoles, confirming it will examine the “possibility” of the product.

The post Tag Heuer has partnered with Nintendo on a $2,150 ‘Super Mario’ watch appeared first on Askhiphop.