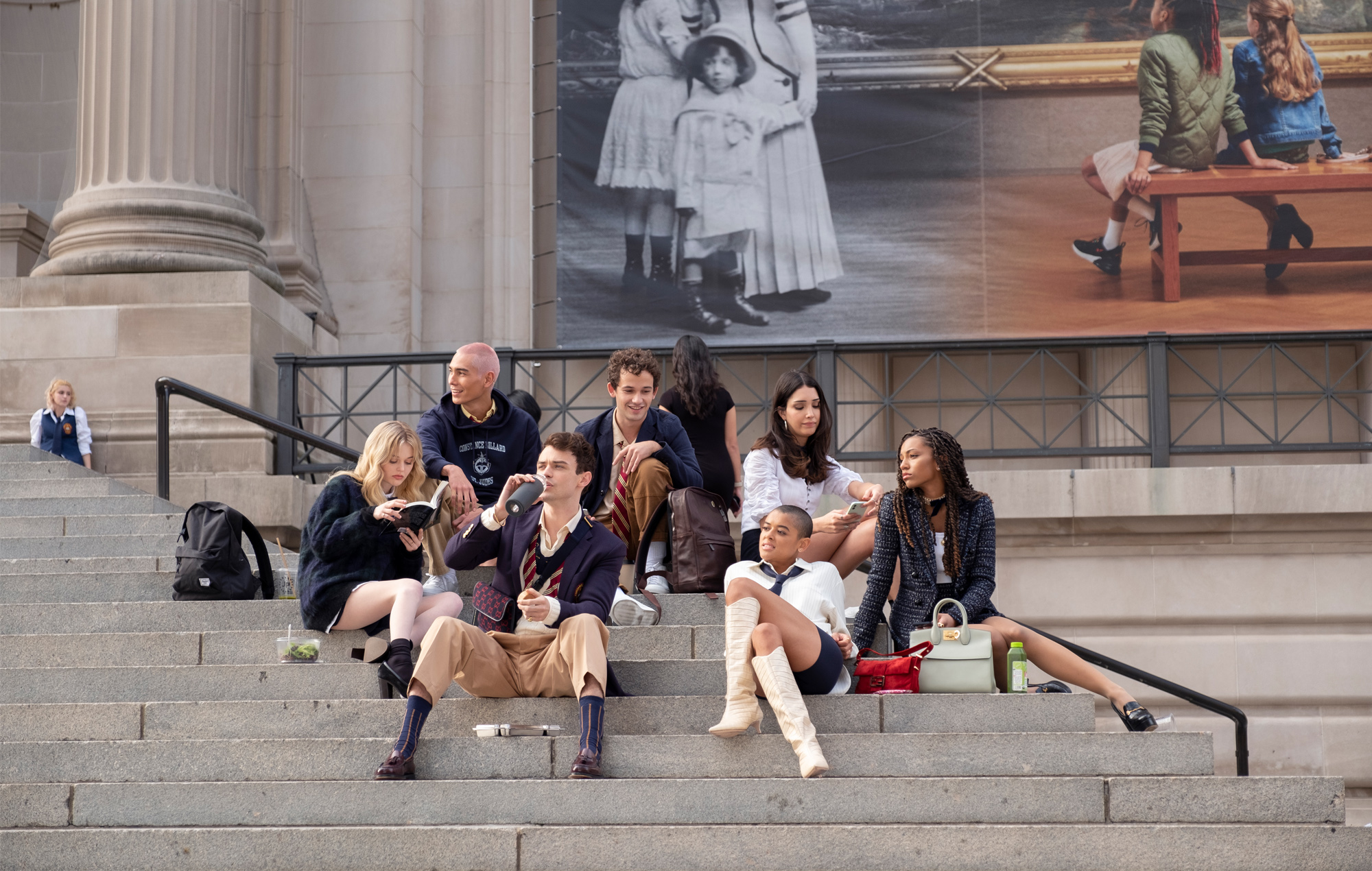 Like a 29-year-old abandoning their skinny jeans or hiding their Harry Potter books, HBO Max’s Gossip Girl reboot reeks of desperation to stay young and cool. That was always going to be the danger when updating a show inherently linked to the flash-in-the-pan cultural power of blogs in the late 2000s – but that doesn’t necessarily make the reboot bad.

Between the Twitter disses, talk of ‘Xannies’ and turmeric lattes, Gossip Girl’s first episode is a mess of hackneyed ‘relevant’ references – albeit a highly entertaining one. Hidden in the pilot is a self-awareness that hints at greatness, suggesting the reboot’s true goal isn’t hitting it off with Gen Z audiences, but reeling in nostalgic millennials only to send them up.

In the pilot, we return post-COVID-19 to a new year of school at Constance Billard, the elite Manhattan school that Serena van der Woodsen graduated from more than a decade ago. This era’s queen bee is Julien (Jordan Alexander), an influencer whose estranged 14-year-old half-sister Zoya (Whitney Peak) is now attending the same school. By episode’s end, Zoya is the Blair to Julien’s Serena – a sibling love-hate relationship that’s already lacking much motive or logic.

We also meet the Dan and Chuck of the reboot: Julien’s moralist boyfriend Obie (Eli Brown), who supports the strikers against his own father’s company, and Max (Thomas Doherty), a pill-popping pansexual with two dads and eyes for both Audrey (Emily Alyn Lind) and her boyfriend Aki (Evan Mock). Gossip Girl is as filled with sexual tension as ever, but is also substantially more racially and sexually diverse. It’s a welcome change.

The reboot’s biggest point of difference, though, aren’t the Gen Z teens, but the millennial teachers who take up plenty of oxygen in the pilot. They’re led by the cast’s biggest name, actress and writer Tavi Gevinson, who first rose to fame as a pre-teen with her own kind of Gossip Girl, a fashion blog that morphed into teen site Rookie.

Gevinson plays English teacher Kate Keller, powerless against the glamorous teens that tower above her in height and possess enough clout to get her fired for one bad grade. After a fellow teacher remembers a blog that once kept students cowering in fear, they launch Gossip Girl 2.0 just 10 minutes into the reboot – albeit as an anonymous Instagram account (and yes, Kristen Bell does return for the narration).

Revealing who runs Gossip Girl – a secret held for six seasons in the original series – is the pilot’s smartest choice. The question of the show then becomes not ‘who’ but ‘why?’. Even the teachers are as baffled as we are at how quickly Kate and her accomplice take to cyber-bullying and stalking teens across Manhattan.

Since it was first announced in 2019, HBO Max’s reboot of Gossip Girl has prompted the same question: why? While all teen dramas eventually show their age via problematic plotlines, dated soundtracks or, in the case of The O.C., puka shell necklaces, it’s especially unclear what’s worth salvaging here. An adaptation of Cecily von Ziegesar’s best-selling teen novel series, the original Gossip Girl was a cultural phenomenon when it landed in 2007 – a dive, pre-Great Financial Crisis, into a world of the outrageous fortunes of an elite private school in Manhattan. Its success was built on scandal: ads quoted reviews calling it “every parent’s nightmare” and “mind-blowingly inappropriate”.

But even at its heights, Gossip Girl’s world of drugs, clubs and sex pales next to fellow HBO hit Euphoria, and the failure of recent ‘edgy’ teen drama Generation to find an audience suggests that Rue and Jules are a hard act to beat. Plus, Gossip Girl’s other drawcard of glamourising obscene wealth is now passé. But when showrunner Josh Safran (who executive produced the original show, too) promised the reboot’s characters would “wrestle with their privilege”, fans of the original feared a ‘woke’ Gossip Girl would drain the show of its underlying appeal: escapism.

The painfully ‘woke’ parts of the pilot aren’t Obie’s picket-line support or the shots of Zoya’s Black Lives Matter posters. Those feel naturally showy, as teenagers are. It’s the teachers who cause the most cringe, such as when Kate laments how the school is “supposed to send [students] out of here as Barack Obamas instead of Brett Kavanaughs”.

It’s one of the clunkiest lines of the pilot, perhaps only beaten by one of Julien’s minions scoffing at the sexism of the name ‘Gossip Girl’. “It’s the 21st century. At least call it Gossip Woman,” she says. It’s embarrassing dialogue, pointless virtue signalling for approval – exactly what people feared this Gossip Girl would be.

Despite the cringe, the show also suggests it knows what it’s doing. Julien barely gives the ‘Gossip Woman’ quip any acknowledgement. And Kate’s grand scheme – that Gossip Girl will make the students nicer to their teachers – makes no sense, even by the original’s soap opera standards. If Gossip Girl continues to play with the question at the core of Kate’s scheme and the reboot – why millennials are so obsessed with Gen Z drama – it might offer something new.

If not, that’s too bad. It will still be hard to deny the rush from once again hearing Gossip Girl say “you know you love me”. And you probably will – despite everything saying otherwise.

Gossip Girl is streaming on HBO Max in the US, the BBC in the UK and Binge in Australia

The post The ‘Gossip Girl’ reboot is desperate, but that’s why it could be great appeared first on Askhiphop.