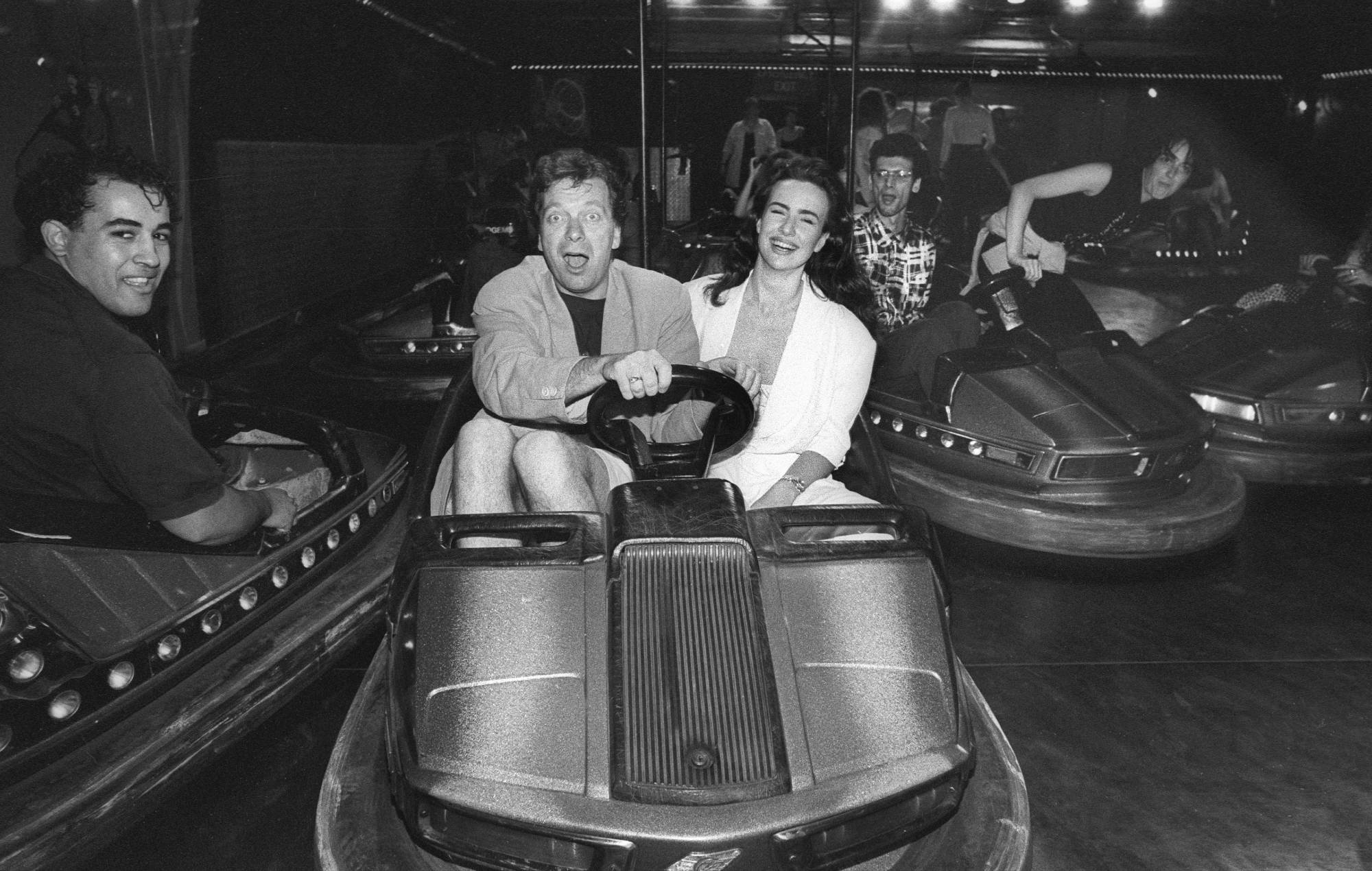 Factory Records was a bucking bronco of a label – a carefree, careering ride of uplift music and downswing decisions. Following the vision of Manchester’s most famous music mogul Tony Wilson, it was a place where profitability took a backseat to art, culture and music, where the bands called the shots in contracts written in blood and where musical history was made on its legendary dancefloors. No wonder Wilson and the label have been the focus of a movie – 2002’s 24 Hour Party People – and now a newly announced biography From Manchester With Love: The Life And Opinions Of Tony Wilson, due in October, the fruition of Wilson’s ambitions to have author and journalist Paul Morley write a book about him.

To mark the occasion, let’s look back over the history of Factory through their notoriously oddball catalogue list, where classic albums and scene-making singles rub up against cats, clubs, dental work and piss-ups. Time to face the FACs…

Factory was born on May 26, 1978, when Granada TV music show presenter Wilson, alongside Alan Erasmus and promoter Alan Wise, launched a club night at Manchester’s Russell Club named in homage of Andy Warhol’s legendary New York studio and party palace. That first event was given a catalogue number – FAC 1 – and over the coming months the night would draw the cream of alternative talent from Manchester and the north of England. The following January, recognising that record sales were where the real money was and funded by a small inheritance and Wilson’s TV income, Factory Records released their first EP featuring four tracks from acts that had played the club.

Having bought themselves out of a lucrative deal with RCA, Joy Division joined the Factory stable with a contract signed in Wilson’s blood, which famously stated: “The musicians own everything, the company owns nothing”. Their seminal debut album ‘Unknown Pleasures’ (FAC 10) was slow to sell its initial run of 10,000 copies, but relentless self-promoter Wilson claimed it turned Factory into a “revolutionary force” hammering at the gates of the music industry. It wasn’t until the month after Ian Curtis’s suicide in 1980 that Factory broke through, however, with the Top 20 placing of the non-album single ‘Love Will Tear Us Apart’.

Why it’s essential: It’s a song so simultaneously heartbreaking and redemptive that, in 2002, Askhiphop would declare it the best single ever released.

Seeing Factory as a force for cultural regeneration over profit, Wilson piled much of his proceeds – driven largely by Joy Division and early releases by its surviving group New Order – into opening a Manchester superclub. He convinced New Order to invest heavily too but, thanks to its low door and beer prices and a clientele beginning to favour Ecstasy over beer, The Haçienda was soon losing over £10,000 a month.

Why it’s essential: “We made history, not money,” Wilson said of the club, and sure enough The Haçienda would become the cheek-chewing northern cradle of acid house and indie-dance.

Wilson’s attitude of art over commerce reached its most notorious peak when he approved a Peter Saville packaging concept for New Order’s fifth single, resembling a die-cut floppy disk, which cost five pence more to make than the 12-inch sold for. Losing a bob a record didn’t seem too much of a hit… until it sold 1.6 million copies and became the best-selling 12-inch of all time. If it wasn’t for such misfortune…

For much of its lifetime it was easier to get a Factory catalogue number than a lucrative crony contract for ineffective PPE in 2020. Wilson would slap numbers on pretty much anything the company conceived: stationary, posters, adverts, t-shirts, clubs, websites, videos, Christmas cards. Several meetings, conferences and booze-ups received credit – FAC 259 was Tony Wilson’s 40th birthday party and FAC 221 (Factory Goes To Hollywood) the trip Wilson took to LA to try to get funding for a Happy Mondays film – as did producer Martin Hannett’s lawsuit against the label (FAC 61).

Other items catalogued include the Haçienda house wine, designs for blocks of flats and menstrual egg-timers, a boardroom table, a watermill bucket, a cat and even hardcore New Order fans – nicknamed The Vikings – but perhaps the oddest entry is FAC 99, cementing New order manager Rob Gretton’s “molar reconstruction” into indie legend.

While Durutti Column, ESG, A Certain Ratio and The Railway Children were key acts to the label, Happy Mondays were the second pivotal act signed by Factory (if we count Joy Division/New Order as one signing), spotted by Haçienda DJ Mike Pickering when they came last in a Battle Of The Bands contest. 1987’s ‘Squirrel And G-Man 24 Hour Party People Plastic Face Carnt Smile (White Out)’ album acted as an introduction to the band as indie-funk candle burners in excelsis, but ‘Wrote For Luck’ was the point where their rubber-limbed melodies and narcotic bliss outs chemically fused in the bloodstream of rave culture and Madchester ‘came up’.

Why it’s essential: Alongside the Stone Roses’ ‘Elephant Stone’, ‘Wrote For Luck’ flicked a lit roach onto the fuse of the indie rave explosion. By the time of the Mondays’ debut album ‘Bummed’ (FAC 220), their definitive scene EP ‘Madchester Rave On’ (FAC 242) and 1990’s career peak ‘Pills ‘N’ Thrills And Bellyaches’ (FAC 320), Factory were at the core of the saucer-eyed generation.

So wild and wonderful was the Factory Records catalogue by 1989 that Askhiphop’s very own rock trivia godhead Fred Dellar compiled a full discography of the label over three weeks of his ‘Fred Facts’ page, and received a catalogue number of his own for his trouble.

Why it’s essential: It’s the only way to try to make sense of all this madness.

The expense of Happy Mondays recording 1992’s ‘Yes Please!’ in crack-laden Barbados and New Order racking up a £400,000 bill for comeback album ‘Republic’ would bankrupt Factory by 1992, its lack of solid contracts with its acts scuppering any chances of a takeover. But New Order’s final song released on the label – the official England World Cup single for 1990 – marked a fond farewell, giving the band and the label their only UK Number One hit. It was originally titled ‘E For England’, with very Hac-friendly lyrics: “E is for England, England starts with E / We’ll all be smiling when we’re in Italy”.

If all of this craziness sounds like the stuff of cult cinema’s wildest dreams, director Michael Winterbottom thought so too. His 2002 biopic of Factory, starring Steve Coogan as Wilson, merged the facts with all manner of urban myth, rumour and rock’n’roll fantasy fiction to create a hallucinatory mash of music and mayhem and one of the most memorable rock flicks of recent decades.

Why it’s essential: A cavalcade of memorable scenes, from the hard-hitting portrayal of Ian Curtis’s death to the absurdity of Shaun Ryder and Bez trying to make pigeons explode, all watched over by the most Alan Partridge Manc mogul ever.

Wilson died, aged 57, in 2007 following a battle with renal cancer, and received many tributes, from the lowering of the flag on Manchester Town Hall to a headstone designed by Peter Saville and a square named after him in the HOME/First Street development. But perhaps the most fitting tribute is a FAC number for his coffin, placing Wilson’s life and dedication at the very heart of the Factory oeuvre.

Why it’s essential: It houses a rare limited edition of one.

The post The story of Factory Records in 10 key releases appeared first on Askhiphop.