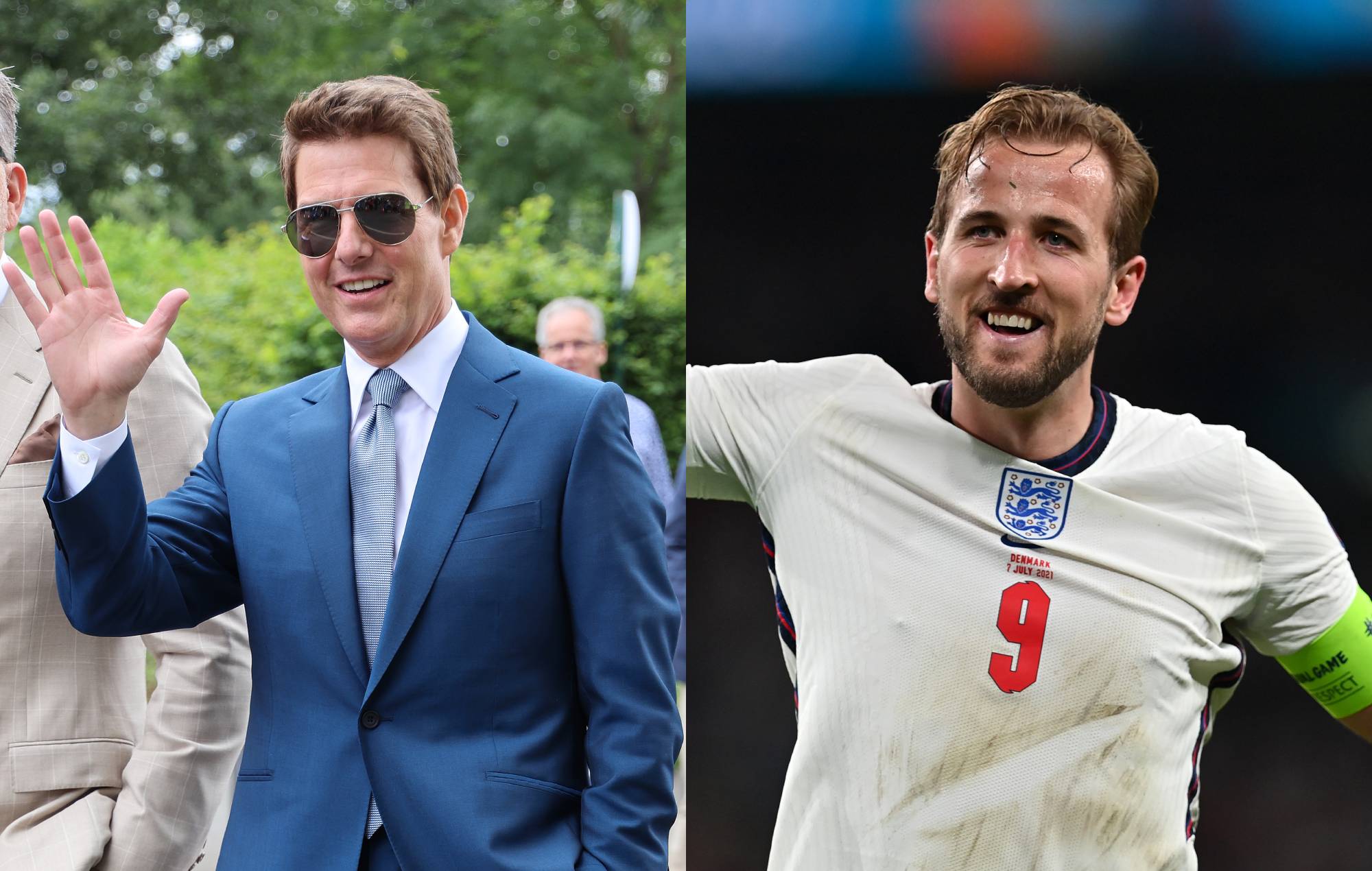 England striker Harry Kane has revealed that Tom Cruise was among the celebrity well-wishers ahead of the team’s momentous Euro 2020 final against Italy this evening (July 11).

The 59-year-old actor has been in the UK filming the new Mission: Impossible film – though production was halted last month (June 14) following a positive coronavirus test on set – and he also attended the women’s final at Wimbledon on Saturday.

Speaking to BBC Radio 5Live, Kane – who could finish as top scorer in the competition outright with two goals at Wembley tonight – said there had been a huge outpour of support for England’s national football team as they approach their first men’s final since 1966.

“Obviously we have had ex-players and people get in touch. We actually had Tom Cruise get in touch yesterday evening, you get everyone who loves football,” the Tottenham Hotspur striker said. “The majority of people in the world love football, so it’s great to have all that support not just in England but across the world, so it’s been a great time for all of us.

“We’ve enjoyed every moment of it so we’re just looking forward to hopefully finishing the job.”

Kane went on to say that the squad were treated to a screening of Top Gun: Maverick on Friday (July 9). “Yes, we were fortunate enough to have a watch of one of his films, so I think he was over here in the UK and he just dialled in and FaceTimed us just to wish us the best as a group, so that was nice of him.

“I’m not sure if he will be there at the final or not, but football is such a big part of the world, and it’s nice to have that support from all different types of businesses I guess.”

England manager Gareth Southgate, however, said the players were “very fortunate” but missed the message from Cruise as he was “in a meeting watching videos of Italy at the time,” according to The Independent.

Meanwhile, Frank Skinner has claimed that UEFA turned down a performance of ‘Three Lions’ by himself and David Baddiel at the Euro 2020 final.

Speaking during an appearance on The Last Leg, Skinner said he, Baddiel and The Lightning Seeds were not allowed to perform the football anthem at the match. “There was a suggestion that we sang it on the pitch before the final on Sunday and UEFA said it was too partisan and not fair to the Italians to have that,” he said.