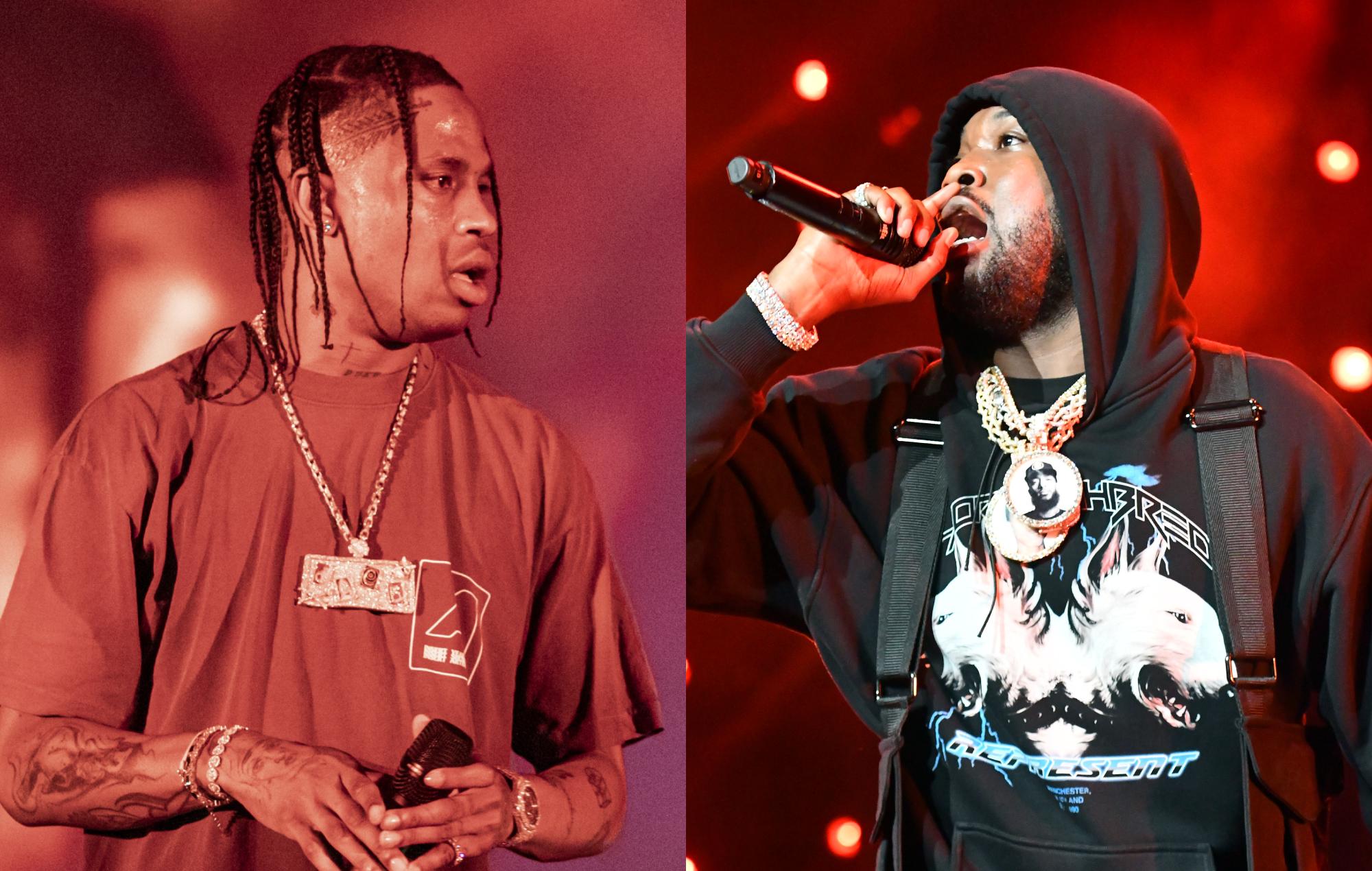 Travis Scott and Meek Mill are reported to have got into a heated exchange at a lavish Independence Day party in the Hamptons on Sunday (July 4).

According to PageSix, the 1.30am stand-off all but ended the party held by Philadelphia 76ers owner Michael Rubin. Famous faces at the party included JAY-Z, Lil Uzi Vert, James Harden, J. Balvin and Alex Rodriguez.

Video footage from the scene of the incident appears to show members of both Scott and Mill’s entourages trying to calm the situation, with the rappers heard shouting at one another off camera. At one point, Meek is seemingly heard saying: “Don’t touch me, bro!”

Another clip posted on PageSix hears Mill allegedly shout: “We don’t give no [expletive] about Travis Scott.”

Meek Mill and Travis Scott allegedly ‘got into it’ this weekend at a July 4th bash… pic.twitter.com/m3q6Srx1T4

It’s not clear what led to the two rappers having the apparent argument.

The pair last collaborated on music together in 2013 with ‘I’m Leanin’ and ‘Bandz’.

Elsewhere at the party, a clip of Lil Uzi Vert breakdancing went viral. In the same clip, Mill and Nets superstar James Harden were also spotted tickling one another.

The post Travis Scott and Meek Mill reportedly got into a heated altercation at July 4 party appeared first on Askhiphop.