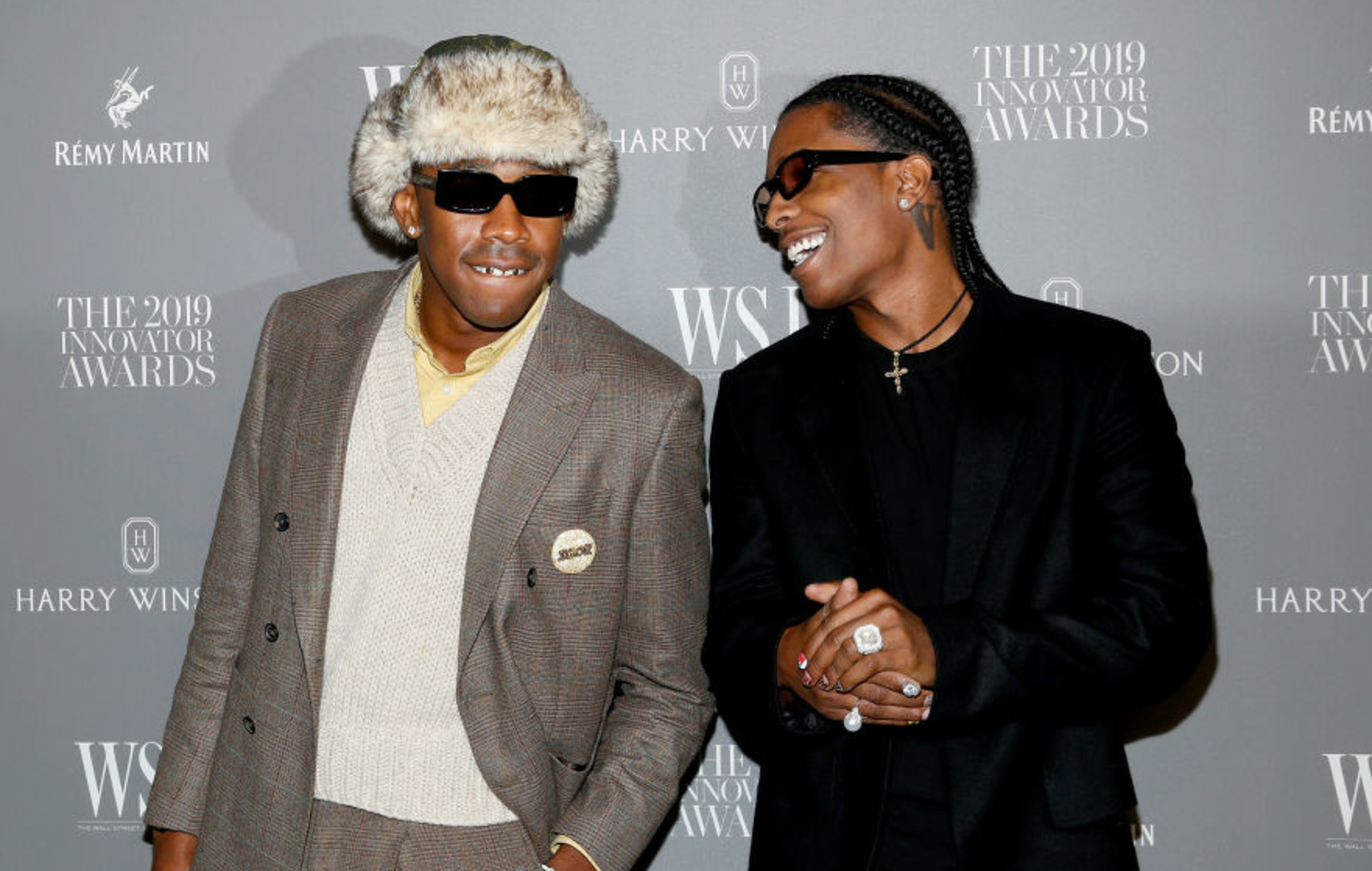 Tyler, The Creator has claimed that A$AP Rocky ignored his request to be on his new album ‘Call Me If You Get Lost’.

However, one name fans were surprised not to see on the tracklist was Tyler’s longtime friend A$AP Rocky. The pair last collaborated on 2018’s ‘Potato Salad’, in the video for which they teased a potential joint project called ‘WANG$AP’ – though it was never confirmed by either artist.

During one of Tyler’s recent pop-up shows to support the release of ‘Call Me If You Get Lost’, the Odd Future rapper revealed that one of the tracks on the album, ‘Corso’, was made with Rocky in mind, but he claimed that the ‘Praise The Lord’ rapper failed to come back to him when he reached out to get him on the record.

“I made that beat for me and Rocky shit, but that n***a ignored me for five months,” Tyler said, addressing the crowd.

“So the middle part where DJ Drama is yelling and I’m not rapping, that was for Rocky, but the n***a…,” Tyler added before throwing his arms in the air. You can see a clip from the show below.

In a four-star review of ‘Call Me If You Get Lost’, Askhiphop‘s Luke Morgan Britton wrote: “The record stands as an all-encompassing culmination of Tyler’s ever-varying sound, showing that growth isn’t always linear and that artists can be a multitude of things.

“On ‘Call Me…’, Tyler cements his place as a generational talent, one in fine form and continuing to push the boundaries of his vision and kaleidoscopic sound.”

The album topped the Billboard 200 Album Chart, shifting the equivalent of 169,000 album units in the US in the week ending July 1, based on album sales, track and streaming figures.

Tyler, The Creator recently shared the livestream recording of his Brooklyn show which was held to celebrate ‘Call Me If You Get Lost’.

The post Tyler, The Creator claims A$AP Rocky ignored request to be on his new album appeared first on Askhiphop.