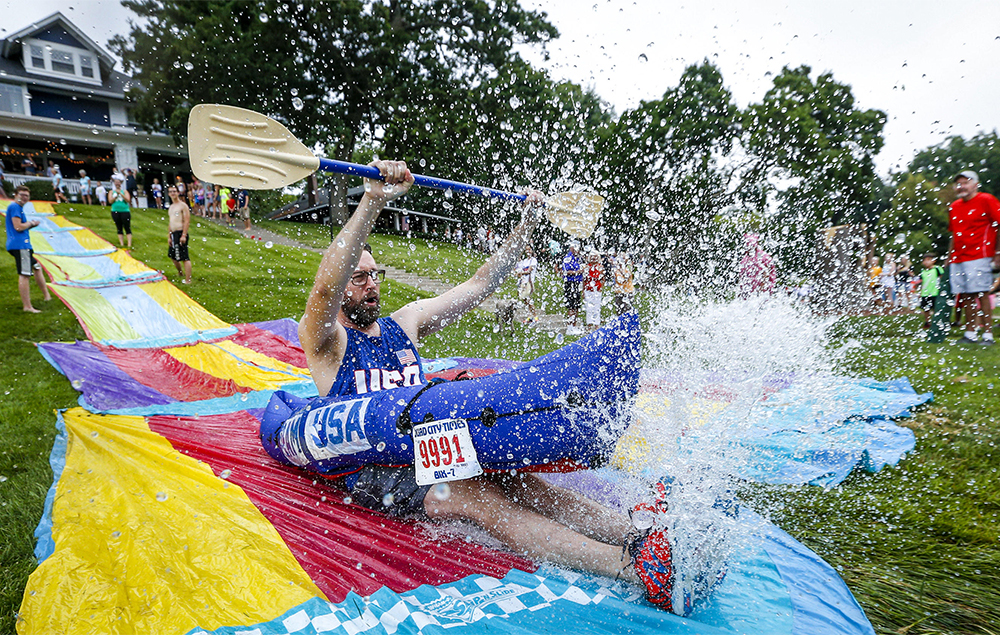 The show was originally due to air immediately after the Closing Ceremony of the Tokyo Olympics but will now be delayed since production has paused with a week to go, reported Deadline

Filming was put on hold on June 2 after a crew member tested positive for giardia. The intestinal infection causes diarrhoea through a microscopic parasite.

NBC said in a statement regarding the show’s postponement last month: “The health and safety of everyone on our set is our number one priority, so out of an abundance of caution we have made the decision to stop production of Ultimate Slip ‘N Slide at the current location.

“We are in the process of determining next steps in order to complete production.”

The giardia outbreak reportedly affected up to 40 crew members during the shoot in Simi Valley, California. According to The Wrap, it was described as an outbreak of “awful explosive diarrhea” which left people “collapsing” on set and “being forced to run into port-o-potties”.

Bobby Moynihan and Ron Funches will host the show, revisiting the 1960s outdoor game from Wham-O in which contestants must undertake a series of challenges.

NBC declined to comment on the situation, while a source from the production reportedly told Deadline there are currently no plans for a new premiere date.