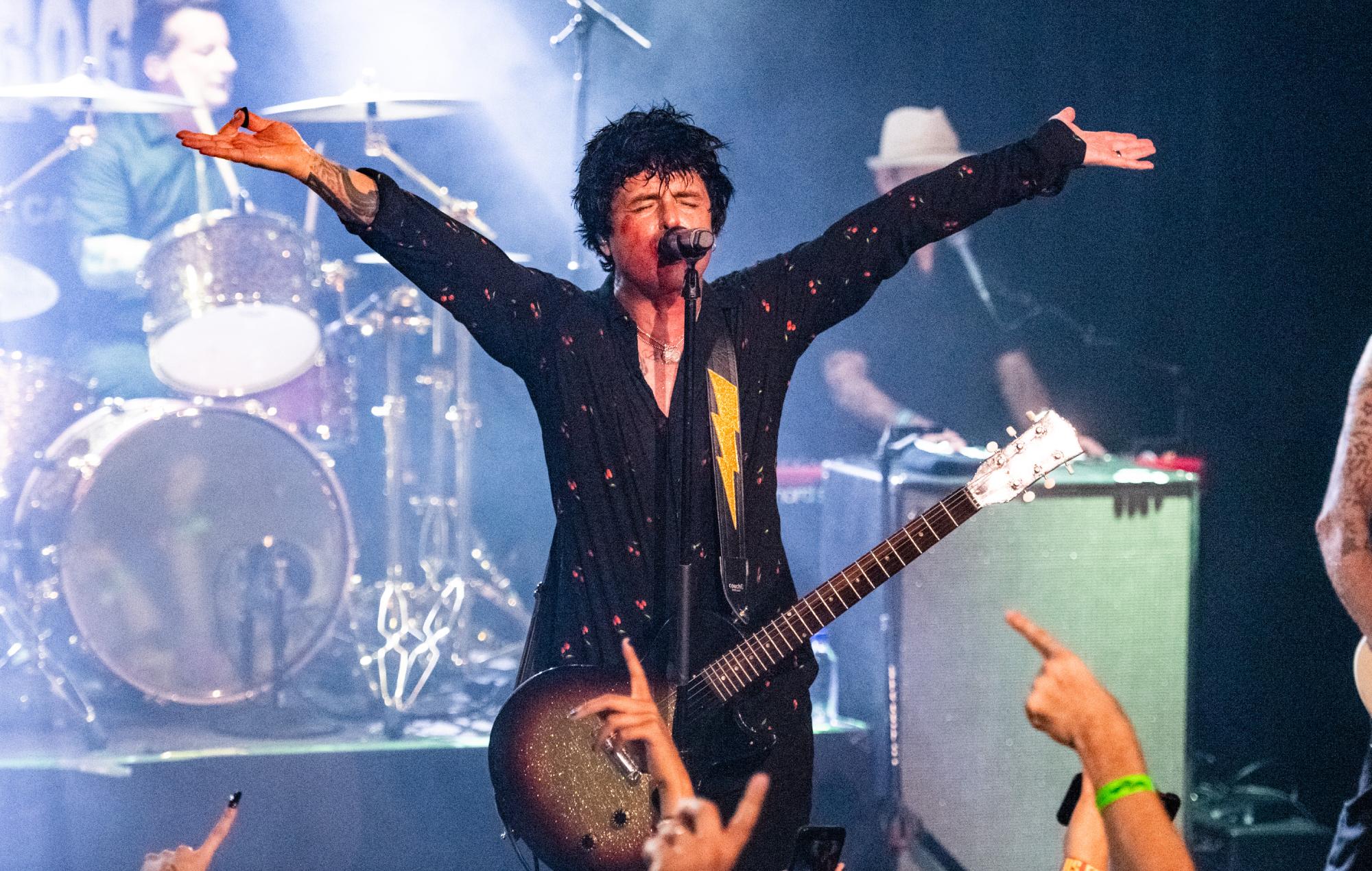 Green Day have performed their first full concert in over a year in the US.

The band played a host of classic hits at a warm-up show at Cain’s Ballroom in Tulsa ahead of their ‘Hella Mega Tour’ with Fall Out Boy and Weezer later this week. The UK/European leg was recently postponed due to the coronavirus crisis.

Among the tracks the band played were 1994 ‘Dookie’ single ‘Welcome To Paradise’, ‘Jesus Of Suburbia’ and ‘Boulevard Of Broken Dreams’, all of which you can view below.

The band will kick off their ‘Hella Mega Tour’ on Saturday (July 24) at the Globe Life Field in Texas. It will wrap up at the T Mobile Park in Seattle on September 6.

The band recently teased that new music could be on the horizon.

They returned with the single ‘Pollyanna’ in May, which followed on from February’s ‘Here Comes The Shock’. Their latest album, ‘Father Of All Motherfuckers’, came out in early 2020.

Speaking to the band’s own Oakland Coffee company for its ‘Morning Roast’ interview series, Mike Dirnt was asked what he had coming up that he was most looking forward to.

It was also recently announced that Green Day are getting their own Funko Pop! dolls.

The new dolls are modelled on the band’s 2004 video for ‘American Idiot’, which saw Billie Joe Armstrong, Mike Dirnt and Tre Cool dressed up in black shirts with coloured ties.