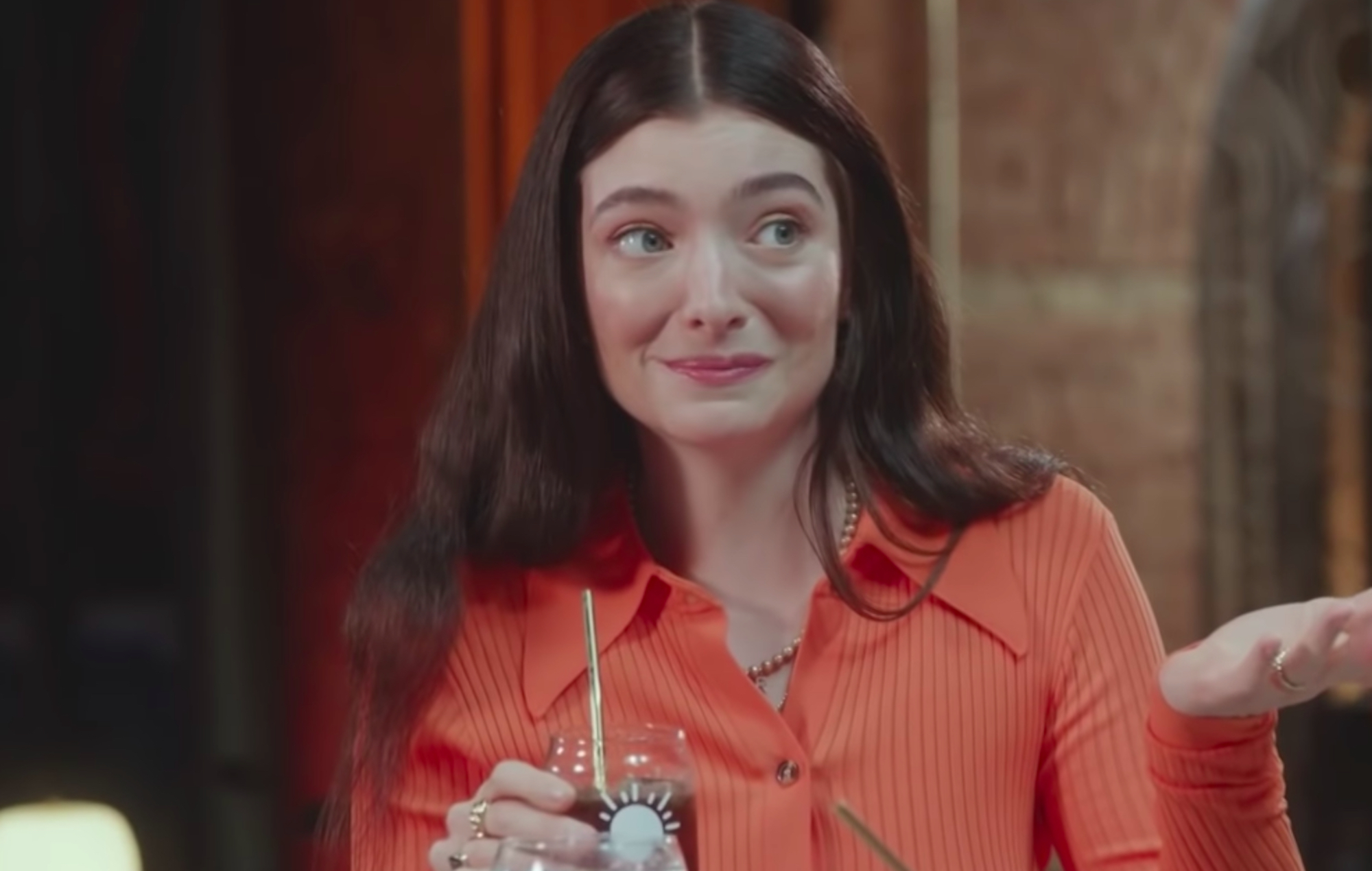 Lorde appears on the new episode of Late Night With Seth Meyers where she helped revive the show’s Day Drinking segment.

Drinking at Zero Bond in New York, Meyers made a slew of cocktails for the singer inspired by her songs (including the ‘Solar Power’ and the ‘Ribs’) and the pair played a New Zealand slang drinking game.

Other activities included attempts to paint the cover of Lorde’s previous album, 2017’s ‘Melodrama’, and an animated performance of Lorde’s hit ‘Green Light’ courtesy of Meyers.

The singer is set to give ‘Stoned At The Nail Salon’ its live debut on Meyers’ show later today. Last week, she performed ‘Solar Power’ while on The Late Show With Stephen Colbert, appearing on the roof of the Ed Sullivan Theater in New York, where the show is filmed.

Speaking about her new album, which is co-produced by Jack Antonoff, the singer-songwriter said: “The album is a celebration of the natural world, an attempt at immortalising the deep, transcendent feelings I have when I’m outdoors.

“In times of heartache, grief, deep love, or confusion, I look to the natural world for answers. I’ve learned to breathe out, and tune in. This is what came through.”

Lorde will take ‘Solar Power’ out on the road next year, with UK live dates scheduled for May and June. She’ll also perform at next summer’s Primavera Sound in Barcelona alongside The Strokes, Tame Impala and more.