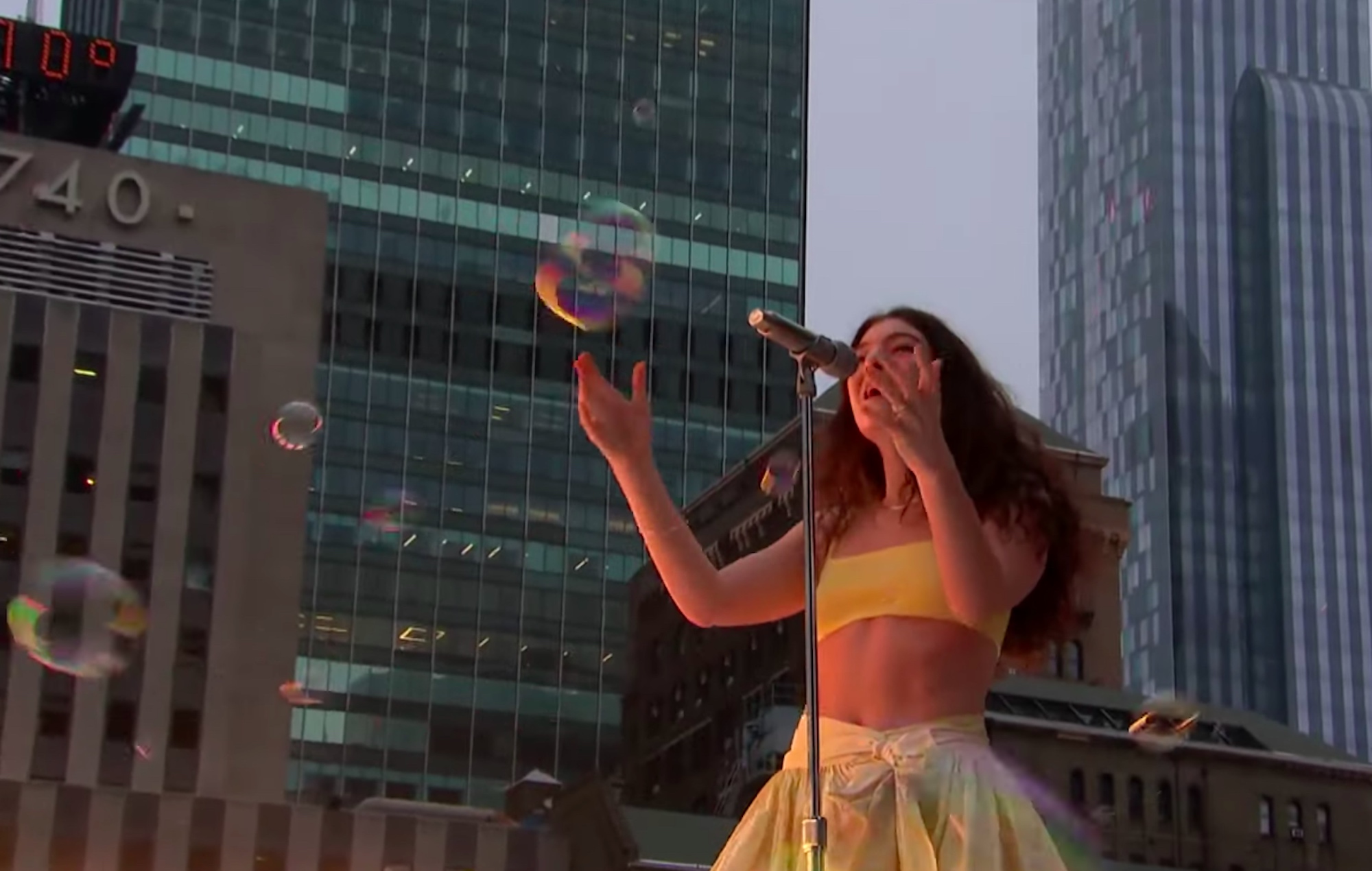 Lorde was the musical guest on the most recent episode of The Late Show with Stephen Colbert where she performed the title track from her forthcoming album ‘Solar Power’.

The singer-songwriter and her backing band performed the track from the rooftop of the show’s longtime filming location, the Ed Sullivan Theater in New York, on a mirrored platform. Midway through, a large cluster of bubbles were let off, floating around for the remainder of the performance.

The appearance marked Lorde’s first live performance since returning with the single last month. Watch it below:

Lorde appeared on Colbert last month via FaceTime from her native New Zealand, where she discussed her upcoming album, its striking cover art, how she’s spent her last few years, and more.

Her third studio album, ‘Solar Power’ will follow the singer’s 2017 album ‘Melodrama’ and is set to arrive on August 20 before she embarks on a massive world tour in 2022.

Last month, Lorde discussed some of the sonic influences that guided the record’s creation while conducting a radio interview on Australian station Nova FM.

“I really think it’s such a good record. I feel so proud of it so I’m keen to get out there,” she said. “The sound is sort of ’60s/’70s folk with early 2000s bubblegum pop. It’s a little bit S Club, a little bit TLC, mixed with like, your classics – Fleetwood Mac. It’s quite a buzzy mix.”

Recently, Primal Scream frontman Bobby Gillespie told Askhiphop he and the rest of the band were “flattered” after Lorde revealed the title track from ‘Solar Power’ was inspired by Primal Scream’s 1990 song ‘Loaded’.

“I need to hear [the whole album],” Gillespie told Askhiphop. “I’ve heard that one track. I was watching the Italy vs Spain match and they were playing Lorde over the goals at the end. It’s incredible.”

He continued: “I’m really, really flattered, we all are. Everyone in Primal Scream is flattered that she was influenced by ‘Loaded’. It’s really cool.”