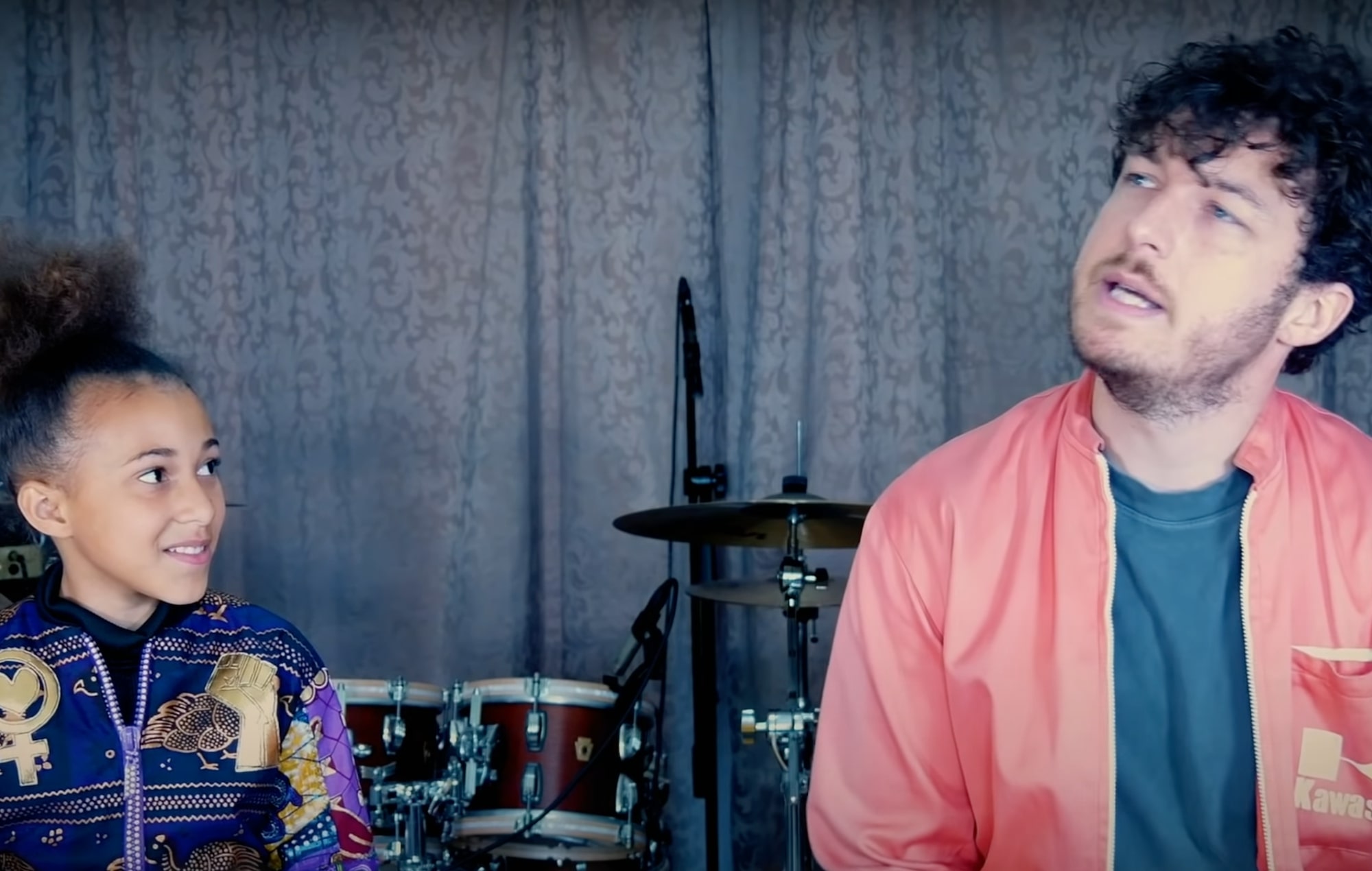 Nandi Bushell has shared a video of her interviewing Arctic Monkeys drummer Matt Helders, following her jam session with him last week.

The Arctic Monkey visited Bushell at her home on Saturday (June 26), with the young musician teasing an interview and jam on her Instagram page.

During the chat – which Bushell said was her first time conducting an interview – the two drummers discussed their top five favourite bands, the hardest drum beat they can play and more.

When Helders selected ‘Brainstorm’ as the hardest drum beat he can play, Bushell replied: “That is a hard one cos my hands always get really tired and sometimes it’s hard to make it through the whole song.”

“I struggle – if I did it now, I’d probably find it difficult,” Helders responded. “I have to be really prepared.”

Bushell also asked if she could play on the next Arctic Monkeys album, to which Helders said: “I’ll go and talk to the boys when I get back, see what they say.”

When the interview was over, the pair jammed together, making up beats and fills together “as we go”. “Matt Helders came to my house for a cup of Tea and a Jam with me,” Bushell wrote underneath the video on YouTube. “We had the best time! We jammed loads of songs together and had a lot of fun improvising drum beats.

“Thank You so so so much Matt for jamming with me and letting me interview you. You are welcome back to my house for a jam again any time.” Watch Bushell and Helders’ interview and jam above now.

The new video follows clips of the 11-year-old drummer drumming along to ‘I Bet You Look Good On The Dancefloor’, ‘Brianstorm’ and ‘R U Mine’ with the Arctic Monkey.