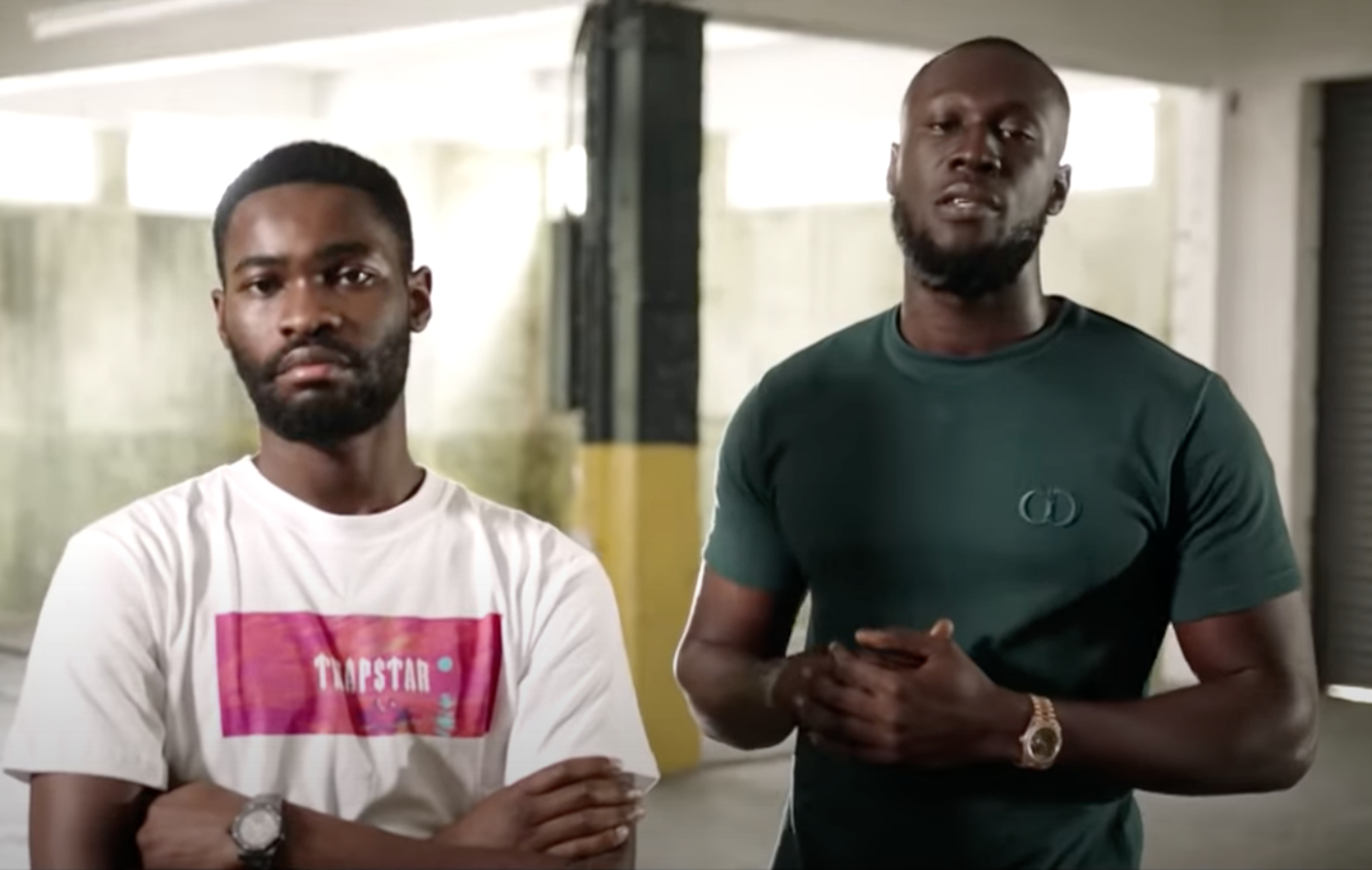 The pair linked up to shoot a video, in which they discuss England’s past disappointments, and shine a light on the newfound belief that exists in the current squad.

Former England player Ian Wright joins the pair at the end of the clip, appearing from behind the scenes as the director of the hype video. “Yes! Yes! That’s the one,” Wright tells Dave and Stormzy. “Yes, that’s the one. We’re done.”

You can watch the clip below:

Dave, who released his Mercury Music Prize-winning debut ‘Psychodrama‘ in 2019, took to social media last Friday (July 2) to post a picture of him and Stormzy along with the caption, “July 9th”.

While the rapper (real name David Orobosa Omoregie) didn’t specify exactly what the collaboration will be, the pair are likely teaming up on a new single. It will be Dave’s first since he dropped off a pair of surprise tracks, ‘Titanium’ and ‘Mercury’, back in April.

Meanwhile, Stormzy celebrated England’s 2–0 win over Germany in the UEFA Euros last month by attending an afterparty hosted by a stranger, making good on a promise he’d made to the fan earlier in the day.

A video that’s since gone viral shows the rapper enjoying a beer with a group of revellers in one of their houses, after having reportedly promised he’d attend the post-match celebrations if England won while watching the game at London’s Boxpark on June 29.