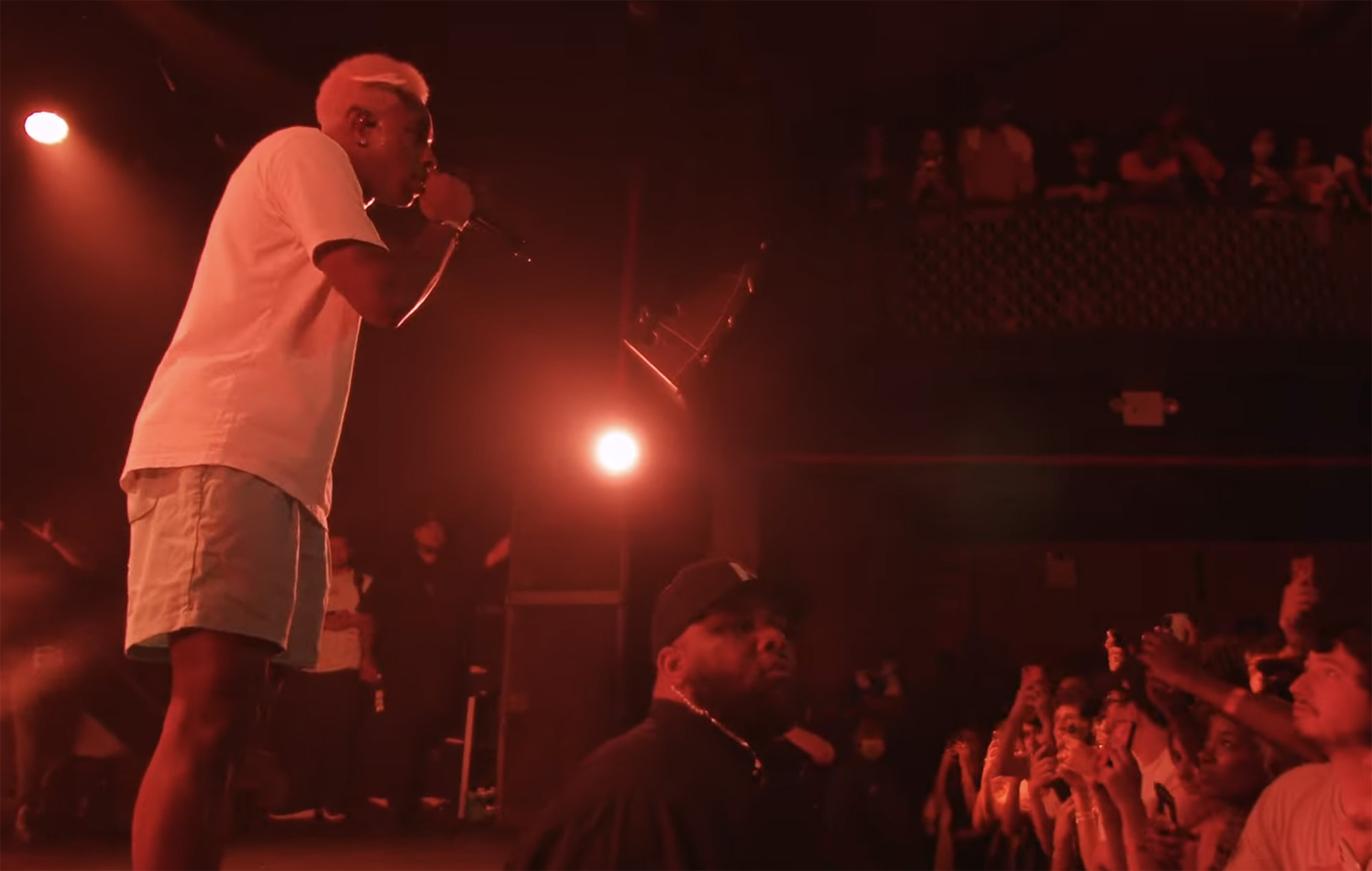 Tyler, The Creator has published the live-streamed recording of his Brooklyn show, held to celebrate his recent album, ‘Call Me If You Get Lost’.

The one-hour video showcases the rapper performing tracks off the album at the Music Hall of Williamsburg. The livestream was originally broadcast on Twitch last Thursday (July 1).

Watch the performance below:

The video arrives as ‘Call Me If You Get Lost’ takes the top spot on the Billboard 200 albums chart, unseating Olivia Rodrigo’s ‘Sour’.

‘Call Me If You Get Lost’ is Tyler’s first album since ‘IGOR’ in 2019. Askhiphop gave the album four stars upon its release, calling it a “kaleidoscopic record that reaffirms his greatness”.

“The record stands as an all-encompassing culmination of Tyler’s ever-varying sound, showing that growth isn’t always linear and that artists can be a multitude of things. On ‘Call Me…’, Tyler cements his place as a generational talent, one in fine form and continuing to push the boundaries of his vision and kaleidoscopic sound.”

Last month, Tyler also gave a live rendition of ‘Lumberjack’ off the album for the 2021 BET Awards, where he battled a wind storm while performing.

Speaking at the awards ceremony, he also explained why rap will always be his first love, even though he has broadened his sound over recent years.

“I just love rap so goddamn much … listening to [2005’s] ‘The Dedication’ with Lil Wayne, and ‘We Got It For Cheap’ with Clipse, they really shaped me into who I am,” said Tyler.

“I think a lot of people forget that I’m a rapper because I’m so multifaceted. I just had to remind everyone, ‘Don’t let the wig get it twisted, y’all n***as can’t fuck with me.’”

The post Watch Tyler, The Creator’s ‘Call Me If You Get Lost’ livestream appeared first on Askhiphop.