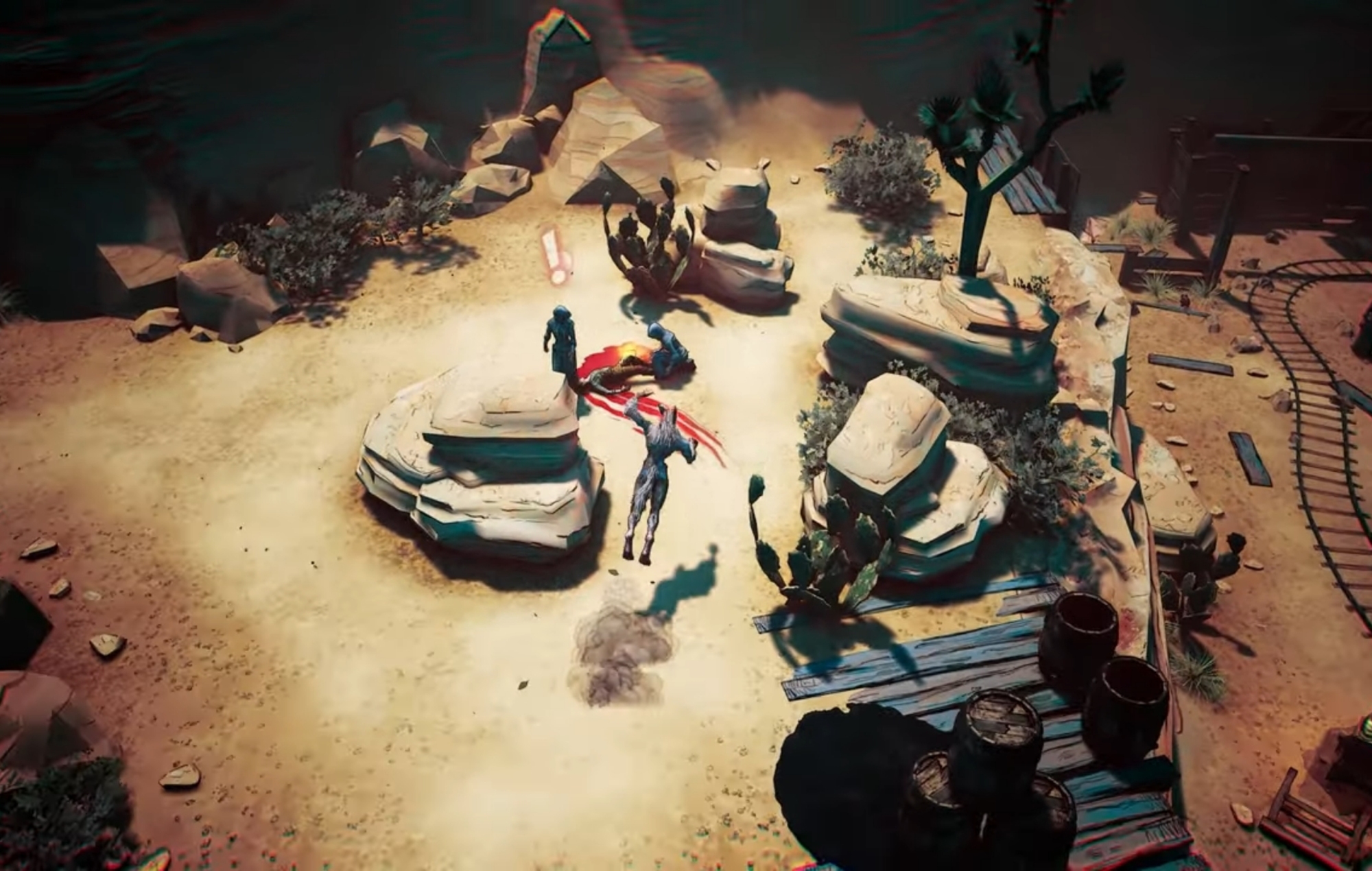 Developer WolfEye Studios has released a gameplay trailer for Weird West, an action-adventure sim where players will need to contend with the “freakish” to survive their time in the Wild West.

The brand-new title received a gameplay reveal yesterday (July 15), displaying how each of the five playable characters will offer different playstyles based on the skills they have available.

While the trailer starts off fairly tame – the first character shown is a classic western bounty hunter – it quickly gets weirder.

Players will get to choose far more supernatural characters, including the deformed Pig Man, a werewolf-warging cowboy and Future Seers who rely on a mix of magic and gunpowder.

As a Devolver Digital published game, Weird West looks to be about as bloody and violent as fans would probably expect – ahead of the trailer, many Twitter users expressed excitement at getting their first proper look at the game.

Over on the Steam page, Weird West describes itself as a “dark fantasy reimagining of the Wild West where lawmen and gunslingers share the frontier with fantastical creatures.”

The “immersive sim” seems like it will be heavily RPG-based, with branching dialogue, unlockable abilities and a party system included – though you’ll get to choose whether you “form a posse or venture forth alone”.

While there’s no specific release date attached, WolfEye Studios are aiming to release Weird West on PC and consoles around Autumn 2021.

In other news, Epic Games‘ CEO and founder Tim Sweeney has shared praise for the recently announced Steam Deck, claiming that the console is an “amazing move” from competitor company Valve.

This follows the first look at the Steam Deck, which was announced yesterday (July 15) and will launch in December 2021 with three differently priced options. Gabe Newell has said that the Steam Deck’s highly competitive price is “painful” but necessary for Valve to succeed in the handheld market.